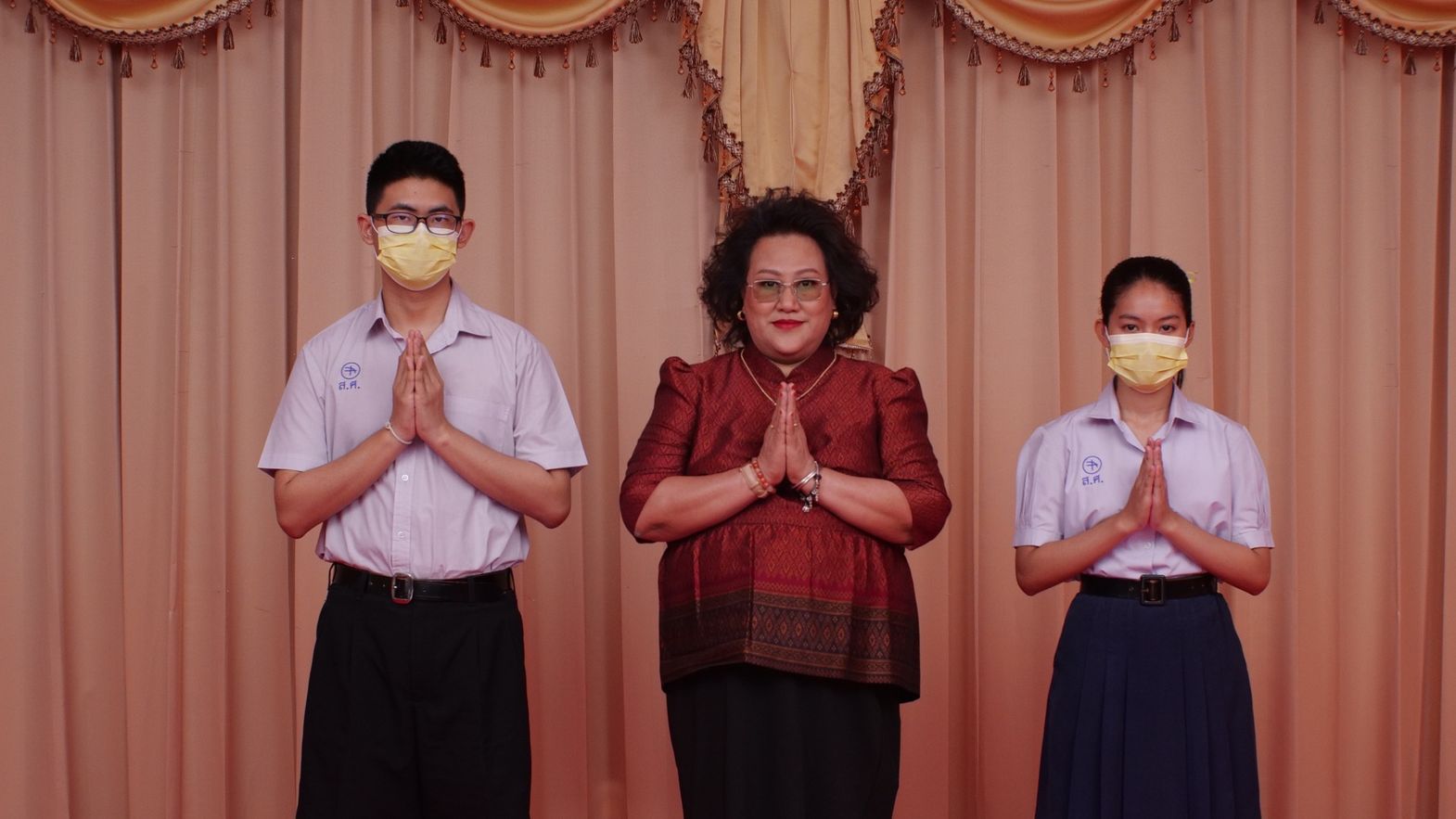 Thai film Arnon pen nakrian tuayang (Arnold Is a Model Student) might be a feature-length debut, but its director Sorayos ‘Yossy’ Prapapan is already a known name for those following the short film festival circuit. A sound technician before becoming a filmmaker himself, Yossy has been a regular of Locarno in recent years: he world premiered his works in Pardi di domani twice (Dossier of the Dossier in 2019 and Digital Funeral: Beta Version in 2020), his film Friends With Benefits, Without Benefits was selected to the Open Doors screenings in 2019, and he was a participant of the Locarno Filmmakers Academy in 2018. Thus, his presence in this year’s Cineasti del presente lineup is one of the Locarno Film Festival success stories. Arnold is a Model Student is not a piece of meta-cinema, as were several of his previous works, which told stories about independent filmmakers’ struggles to produce a film (Dossier of the Dossier), studied the effect of sound design on cinema (Death of the Sound Man, 2017) and questioned the medium itself by transforming what was originally a VR shot into a cinema screen (Digital Funeral: Beta Version). However, what Yossy has kept in Arnon from all of his short films is the genre of comedy – and specifically, comedy as a tool for being subversive and deeply political. Through the observation of exceptionally gifted high-school student Arnold’s triumphs and misdemeanours, the film offers a critical point of view of Thailand’s authoritarian society. By choosing the high-school milieu to tell this story, Arnon pen nakrian tuayang testifies that all sort of propaganda begins when kids are in their formative years and still very vulnerable to external influence. Arnold, the main character, is neither the usual kind of high-school punk, nor a nerd – he is smart, he has won a medal at the International Academic Olympiads, is not very talkative, is disobedient and very mysterious. And the film is a reflection of mirror of its characters: a rebellious youngster that does not obey and rejects playing by the rules. Inspired by the real-life “Student Survival Manual” published by the so-called “Bad Student” movement, formed by Thai students in 2020 to question their country’s educational system, Arnon pen nakrian tuayang is a militant and bold manifest that stands out from the films from Thailand one is used to see nowadays.