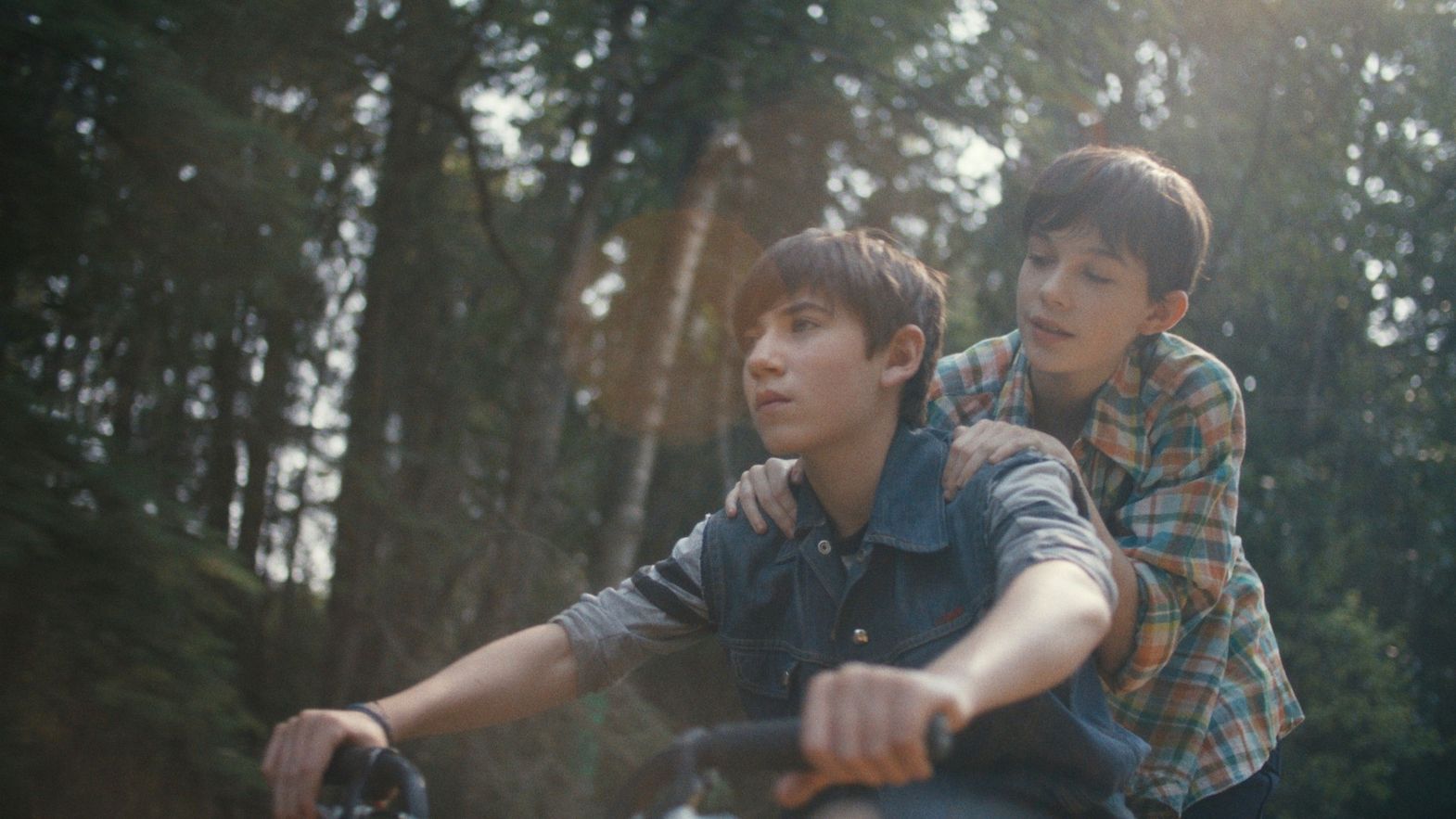 Canada, 1987. There’s a new kid in town. As Robin enters the classroom there are whispers among the other pupils, then the question: “Are you a boy or a girl?”, which the new student leaves that hanging in the air and doesn’t answer. Adolescence is indeed a vantage point from where you can already see everything, all the prejudices of adulthood, the cruel mechanics of inclusion/exclusion, and the prodromes of toxic masculinity, too. In Robin’s school, like in every other school, every group is represented, like preliminary versions of the bigger social groups they will discover later in life: the cool boys, the cool girls, and the losers at the bottom of the social pyramid. You get to know quite soon where you belong, the open question is how to deal with the others. This is how Robin – who today we would define as a gender non-conforming, non-binary student, but such words were not yet institutionalized back then – forges a complicated bond with Carter, the school bully. Choices have to be made, ambiguous messages are sent and received: expectations, frustrations and awareness ensue. Before I Change My Mind is the feature-length debut by Trevor Anderson, and it’s in many ways a film in line with the current Canadian weird wave which – from Vincent Biron’s Prank (2016) to The Twentieth Century (2019) by Matthew Rankin – opts for wildly idiosyncratic solutions to explore social, historical, and existential issues. It’s a colourful movie, shining with 1980s vibes, blending LGBTQ+ coming of age and the tropes of high school comedy (with a surprising musical turn, too). Moreover, it’s a film that shows an incredible work of casting, with every performer meaningfully chosen, starting from the young lead Vaughan Murrae, who illuminates the film with a truly magnetic performance. But just behind this shiny surface lies a deeply-felt, emotional statement by Anderson, who explores his own complex relationship to gender through the story of Robin. Most interestingly, the script co-penned by Anderson and Fish Griwkowsky purposefully avoids all gendered pronouns to address the protagonist. No one in the film calls Robin “he”, “she” or “they”. As Robin doesn’t yet know satisfactory words for self-definition, the filmmakers decided not to misgender Robin in the first place. This is only one example to show how Before I Change My Mind works as film of great intelligence and sensibility. The filmmakers want Robin to be free and it’s up to Robin, and not to some preconceived label, to make sense of the world.

Curiosity
Daniel's father is played by Matthew Rankin, an experimental Canadian filmmaker, known for the surreal and prize-winning The Twentieth Century (2019).