Locarno 2020 announces the jury line-up for The Films After Tomorrow and opens with First Cow, the new film by Kelly Reichardt. 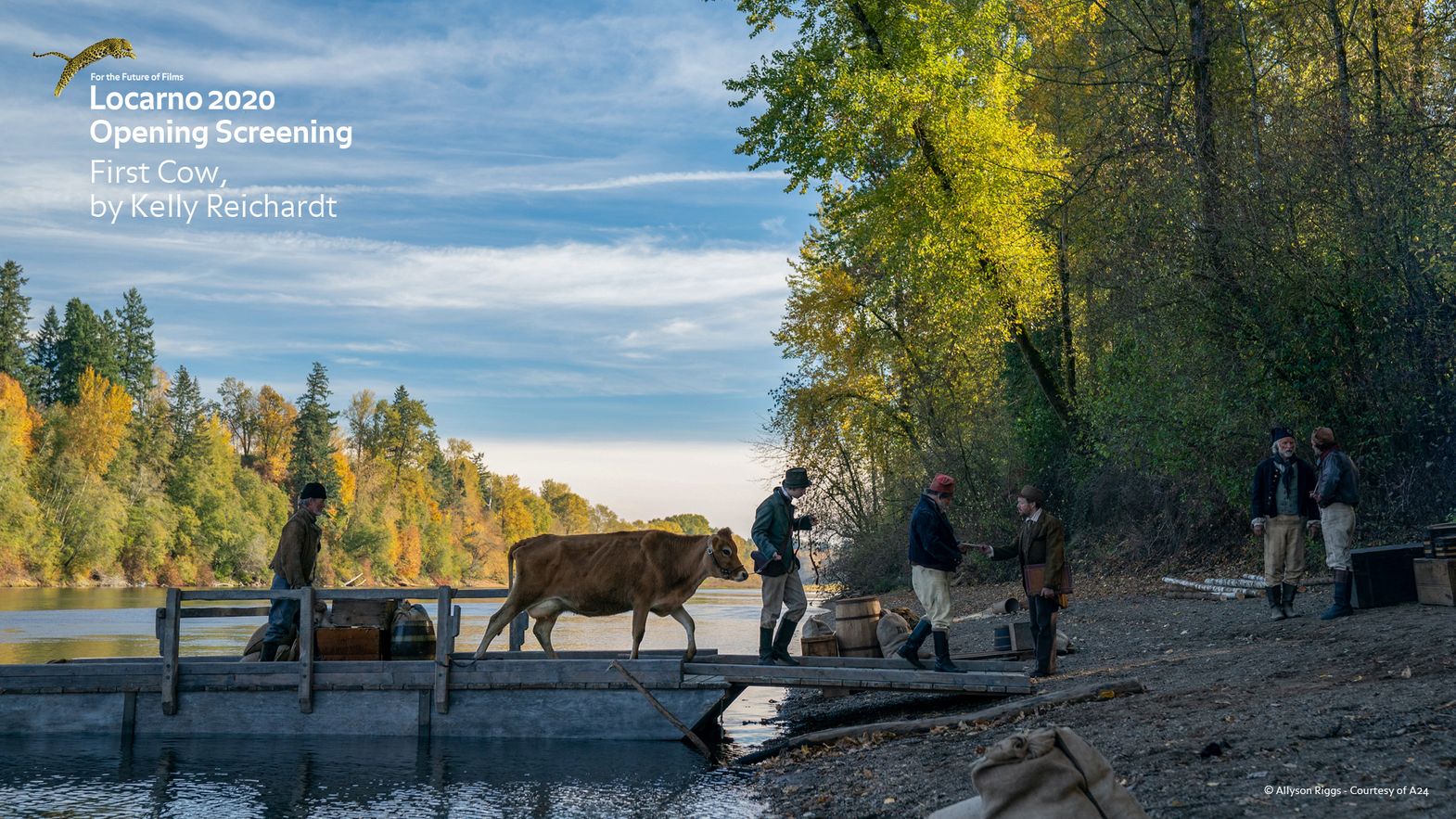 The opening night feature at Locarno 2020 – For the Future of Films on Wednesday 5 August will be First Cow, the latest film from U.S. director and screenwriter Kelly Reichardt, who will also be one of three jurors judging the international projects in The Films After Tomorrow section. Over the following ten days, through 15 August, Locarno 2020 will unfold as a hybrid edition, mainly online but also in theaters in Locarno and Muralto. On Saturday 15 August, a selection of nine short films by Swiss filmmakers selected from the 33 participants of the project Collection Lockdown by Swiss Filmmakers will greet the Festival audience with their films made during the lockdown.

To be there for cinema and for the Festival public – this is the fundamental objective of Locarno 2020 – For the Future of Films. It will be an edition like no other: online but also physical, thanks to screenings at three Locarno theaters throughout the event, and designed to stand in tangible solidarity with the entire film industry, from the suspended productions in The Films After Tomorrow to movie theaters, the places where films must continue to live and which will also be the focus of a range of initiatives. One of these is the important project entitled “Closer to Life”, developed together with la Mobiliare, which will be officially presented on 3 August.

In order to be there in the best way possible, introducing unprecedented, genuinely online programming, the Locarno Film Festival has launched a new website that, from today 29 July, will provide details of the program, projects and initiatives of Locarno 2020, and of course allow users to purchase tickets and passes for all screenings scheduled in theaters in Locarno and Muralto.

Presskit for all activities at Locarno 2020

Three jury members will judge the ten international projects in The Films After Tomorrow, awarding the Pardo 2020 (CHF 70,000), the Campari Award (CHF 50,000) and Swatch Award (CHF 30,000). Kelly Reichardt, a prominent figure in the reframing of auteur filmmaking in the U.S., has to date offered highly original re-interpretations of American narrative genres in films such as Night Moves (2013) and Certain Women (2016). The Israeli writer and director Nadav Lapid, who in 2019 won the Golden Bear at the Berlinale with Synonyms and has established himself as one of the biggest upcoming names on the international scene. Lemohang Jeremiah Mosese, a screenwriter, director and cinematographer from Lesotho who in his most recent works, such as the documentary Mother, I Am Suffocating. This Is My Last Film About You (2019) and This Is Not a Burial, It's a Resurrection (2019, winner of the World Cinema Dramatic Special Jury Award for Visionary Filmmaking at Sundance), has emerged as one of the most striking and original voices of contemporary world cinema.

Three directors make up the Swiss Selection jury, which will award the Pardo 2020 for the best Swiss project (CHF 70,000) and the SSR SRG Award (CHF 100,000, in the form of a promotional television campaign). Italian and naturalized Swiss director Alina Marazzi, whose filmography includes Un’ora sola ti vorrei, winner of a Special Mention from the Jury at the Locarno Film Festival in 2002 and regarded as a landmark in contemporary documentary filmmaking. Argentinian director, writer and artist Matías Piñeiro, who at Locarno presented Todos mienten (2009), La princesa de Francia (The Princess of France, 2014) and Hermia & Helena (2016). Lastly, the director, producer, editor, screenwriter and activist Mohsen Makhmalbaf, an acknowledged master of Iranian cinema thanks to films such as Sokout (The Silence, 1998), Safar-e Qandehar (Kandahar, 2001) and Shaere zobale-ha (Scream of the Ants, 2006). His film Noon-O-Goldoon (A Moment of Innocence) — Special Mention at Locarno in 1996 — is one of the titles that make up this year’s “A Journey in the Festival’s History”.

First Cow, the new film by Kelly Reichardt, was greeted with acclaim at the Telluride Film Festival and the Berlinale – two of the last occasions, when cinema could still be experienced as a grand collective experience by a large audience. A few days after the screening in Berlin, countries across Europe introduced strict lockdowns, putting films in production on hold, forcing movie theaters to close and devastating entire national economies.

The Locarno Film Festival has decided to inaugurate its 2020 edition symbolically with Reichardt’s film. First Cow deals with great open spaces, the physical ones of the Western, but also the mental spaces of an unexpected friendship that, as succinctly expressed by one of William Blake’s Proverbs of Hell, quoted at the start of the film (“The bird a nest, the spider a web, man friendship”), is the very essence of humanity. First Cow will be screened on 5 August in the GranRex theater (8.30 pm) on the opening night of Locarno 2020 with the director attending live online. The film is presented thanks to the collaboration of the Centre Pompidou in Paris, which from 23 January to 7 February 2021 will be holding a complete retrospective of Reichardt’s work, with the U.S. filmmaker in attendance.

The Festival’s closing night will address the concept of isolation in a series of films whose forms and concepts explore themes such as the altered rapport between humans and technology, the practice of working from home – including as applied to filmmaking – and the unprecedented experience of the lockdown. On 15 August at 8.30 pm at the GranRex, the Locarno 2020 audience will be able to discover the new film by Jean-Marie Straub, winner of the Pardo d’onore (Leopard of Honor) in 2017, La France contre les Robots (2020), plus a selection of short features from the project Collection Lockdown by Swiss Filmmakers: nine shorts by Swiss directors who decided to keep on making films, whatever the means, the location or the cast.

My Mom, My Son and Me, by Andrea Štaka
Quasi padre, quasi figlio, by Niccolò Castelli
Fuso orario, by Riccardo Bernasconi and Francesca Reverdito

To learn more about this year’s special edition Locarno 2020 – For the Future of Films, visit our new website: www.locarnofestival.ch