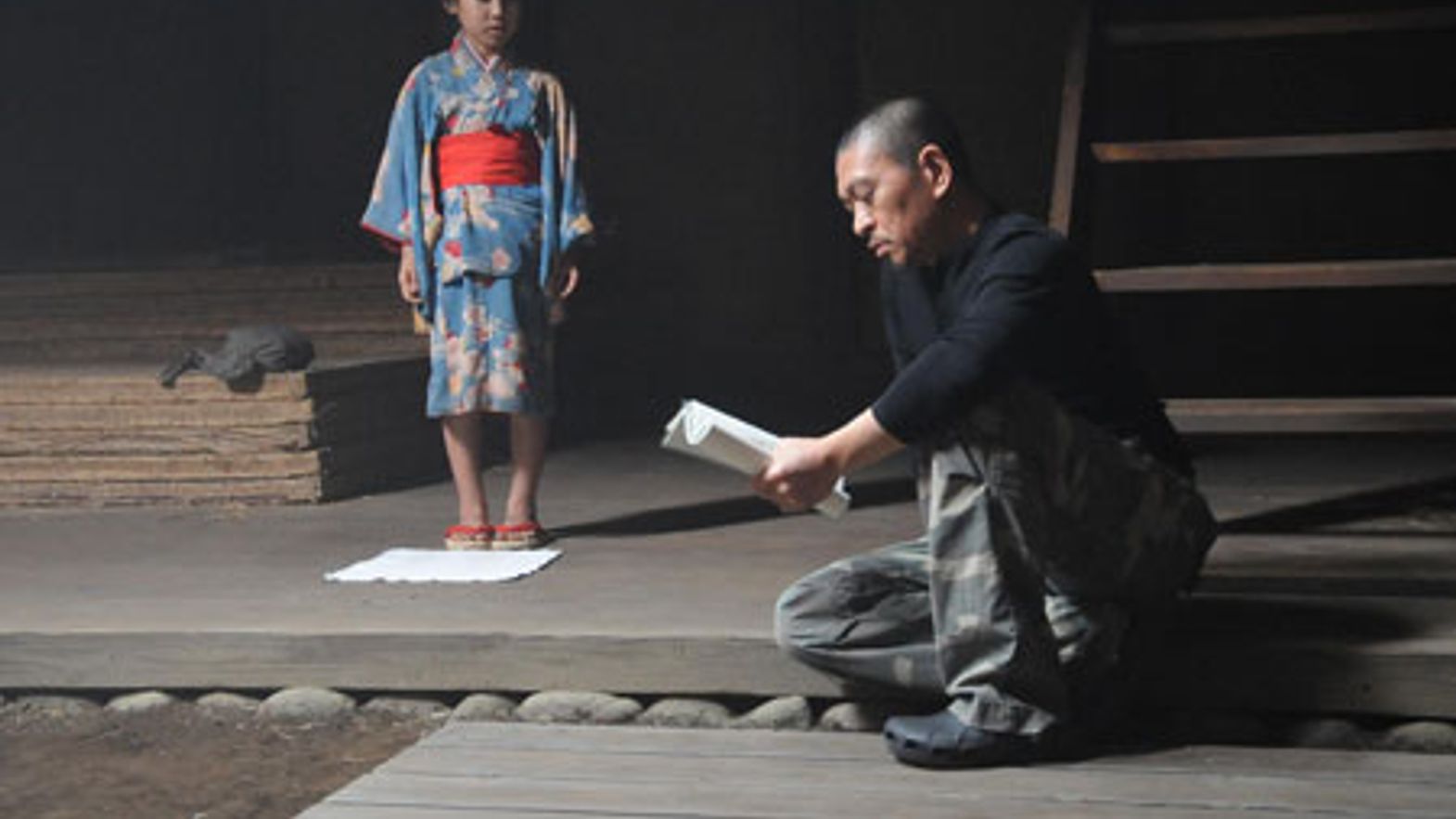 Highlighting the occasion of the premiere, Festival del film Locarno will pay tribute to Hitoshi Matsumoto with screenings of the director’s two other features to date, Big Man Japan (Dai-Nipponjin, 2007) and Symbol (Shinboru, 2009).

As Olivier Père, Artistic Director at Locarno, puts it, «from a background in television, in which his shows and personality have achieved immense popularity in Japan, Matsumoto has come to cinema and, in only three full-length features to date, has invented and experimented with new forms of comic fiction. Highly original, shifting between burlesque, surrealism and popular genres, his new ideas have proved capable of surprising and delighting even the most blasé of audiences. This is one of the main revelations in contemporary cinema over the past few years, and we are pleased to be able to celebrate in Locarno the work of a remarkable artist and his extraordinary comedy and imagination».

A national celebrity in his home country as a television comedian, Hitoshi Matsumoto began his directing career in 2007 with Big Man Japan. The film went on from a Directors’ Fortnight premiere in Cannes to garner widespread acclaim, achieving record box office success in Japan. Matsumoto followed it up in 2009 with Symbol, which was presented at a number of international festivals, including Toronto, Busan and Rotterdam.