Heroines' journeys: narratives and realities of women through Central American and Caribbean cinema 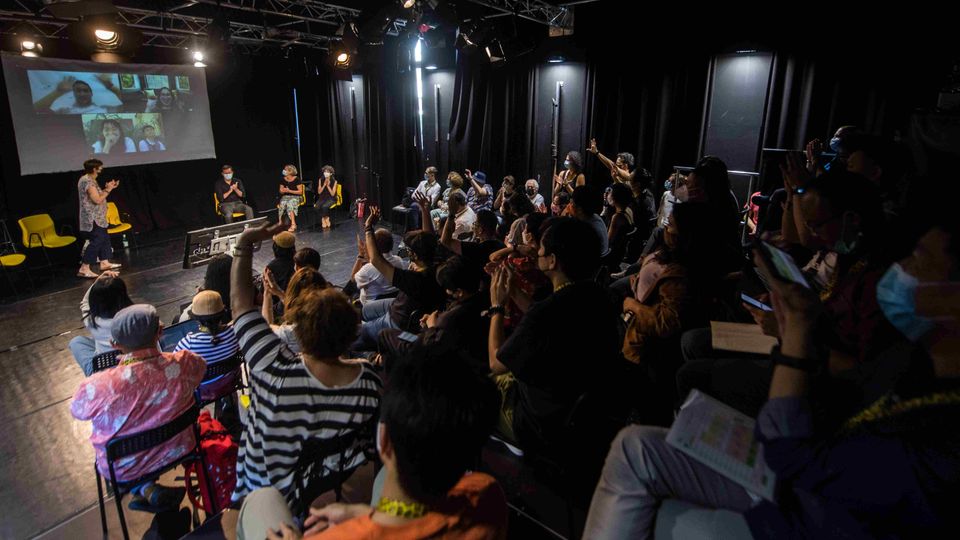 Open to the public

To open doors in the context of filmmaking and cinema can mean a variety of things. Our guests for tonight will shed light on two central aspects.

Open Doors is a Locarno Film Festival initiative, organized from the outset jointly with the Swiss Agency for Development and Cooperation (SDC) of the Federal Department of Foreign Affairs (FDFA).

Since 20 years now, Open Doors is building bridges between and among filmmakers and activists from particular world regions and socio-political situations that make film production especially challenging, with audiences and professionals at the Locarno Film Festival. In this context, Open Doors offers a series of services, tools, workshops and networking opportunities. For its next cycle (2022-2024), Open Doors is focussing its efforts on Latin America and the Caribbean.

This evening, from 5:00pm, Open Doors is hosting a talk titled Heroines’ journeys : narratives and realities of women through Central American and Caribbean cinema, followed by a gathering with musical accompaniment by DJ Camila Urrutia. from Guatemala.

Across the globe, women and girls continue to face a myriad of social and economic challenges due to systemic patriarchy and its long-lasting effects. What are the challenges for women in the Caribbean and Latin America, and how are the region’s filmmakers engaging with them?

In this informal talk, a panel of filmmakers participating with their works in this year’s Open Doors program —along with other members of the film industry—will discuss societal issues in the above-mentioned regions. The panel will discuss questions such as – but not limited to: what is the contribution of cinema to increased visibility and equality? How to manage a narrative that goes against gender discrimination, reproduction of stereotypes and invisibility in the film industry? What are the strategies and possibilities for an egalitarian position in the audiovisual market in a context of political and social instability?

From 8:00pm we’ll discover the new trends in African cinema through the six selected directors of the Realness African Screenwriters Residency 2022. In presence of Realness Executive Director Elias Ribeiro, we’ll discover this incubation program set to provide African screenwriters with tools and support in getting their projects to production.

Public and professional audience are both invited to participate in this discussion. The talk will follow a series of films screened during the Open Doors Screenings on similar topics from a variety of perspectives. The related films will be screened on Saturday 6 and Sunday 7 at 11:30 and on Monday 8 at 11:00 at the Kursaal cinema, but the talk will be accessible for all audiences interested in this topic.