The gaze of life 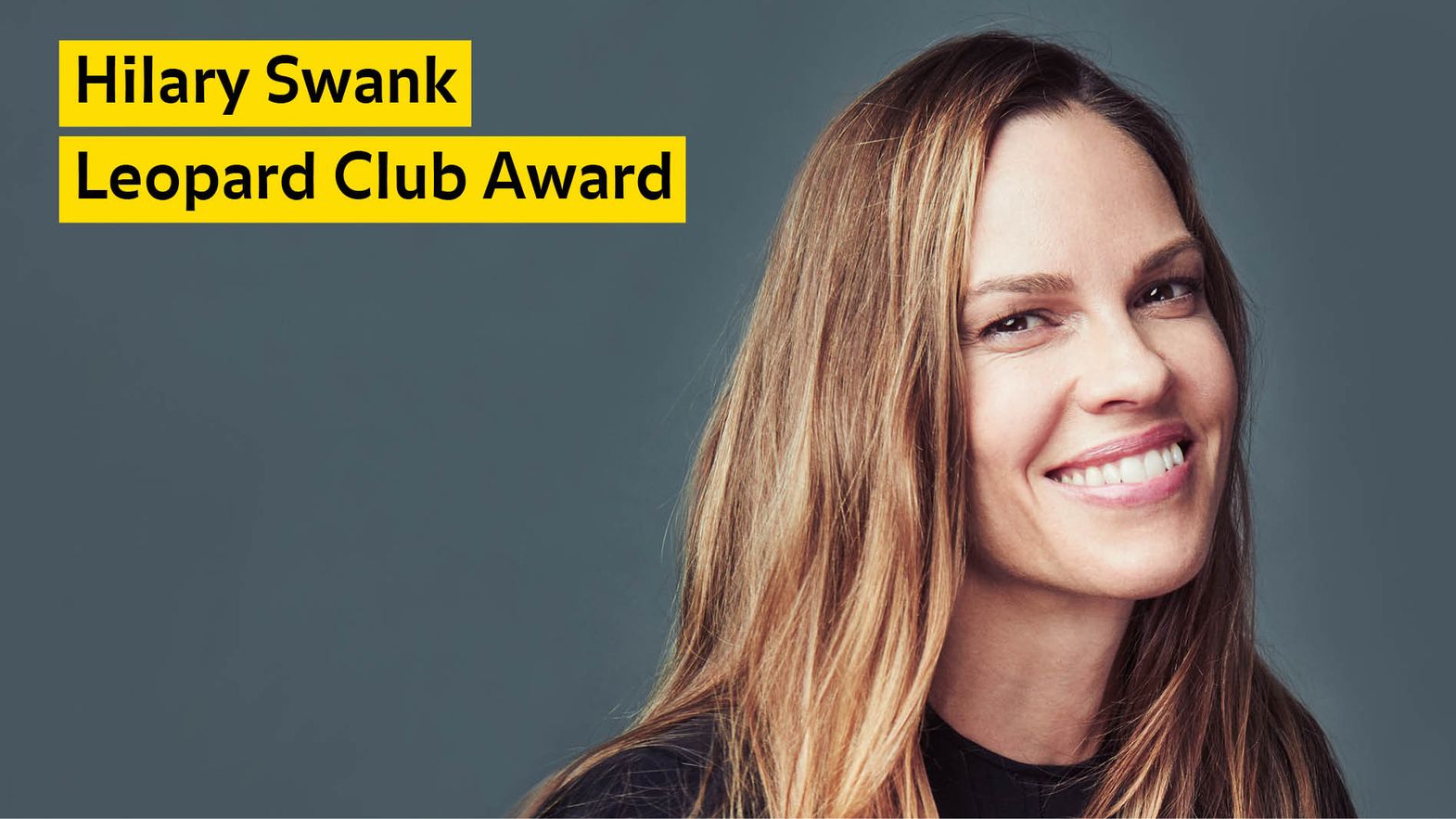 She’s a great performer of real life. The Locarno Film Festival is giving the Leopard Club Award to Hilary Swank, a worldwide star, winner of two Oscars and the impressive face of a female universe that has never been as close to the nuts and bolts of real life as it has in her performances. It’s the life that emerges humbly and blooms in a parking lot, the life that steals years from youth by immediately handing out the script of responsibility, the life that flips the world upside down from one day to the next and literally punches you in the face. It’s a hard, arduous life, which Swank has known up close.

Having taken her first steps in the gigantic world of television in the 1990s, appearing cult shows like Growing Pains and Beverly Hills, 90210, Hilary Swank immediately made her mark in movies with decisiveness and athleticism. At the age of 20 she dominated The Next Karate Kid (Christopher Cain, 1994), with a physical shape molded through tenacity and a love for sports. However, it is at the end of the decade that the actress from Lincoln blew away critics and viewers with a performance that was built in the mind and reflected onto the body, or vice versa. With Kimberly Peirce’s Boys Don’t Cry (1999), Hilary Swank carved her name, face and sensitivity into the Hollywood pantheon. By playing Brandon Teena, a transgender youth born Teena Brandon, Swank delivers a performance that is essential, practically bare bones, turning any easy tears into a look, a comma on the face or in her voice, a punch dealt with surgical precision. It’s a performance that won her numerous awards, including the Best Actress Oscar in 2000.

Five years later, the punches returned. They were real, in a boxing ring, in Million Dollar Baby (2004). Hilary Swank landed on the set of a master like Clint Eastwood, and through her role as the boxer Maggie she delivered yet another soulful performance, telling us everything even when she’s motionless. Using only her eyes and the few muscles allowed by the paralysis that hits her character, Swank engages in a dialogue with an important talking point for our society and conscience: euthanasia. Once again, the young woman from Nebraska lent credibility to a character brought to the extreme, thanks to a physical transformation that left its mark on the script. It led to another Oscar, her second with just as many nominations.

Over the course of a three-decade career, Swank has worked with many prestigious filmmakers, including Brian De Palma (The Black Dahlia, 2006), Sam Raimi (The Gift, 2000), Christopher Nolan (Insomnia, 2002), Mira Nair (Amelia, 2009) and Steven Soderbergh (Logan Lucky, 2017). In 2014, in George C. Wolfe You’re Not You, she delivered another performance of the complicated screenplay that is life by playing the ALS-stricken Kate. These stories are like the one that made her open a parenthesis in her career, to deal with life itself, replacing the spotlight with the lights in the house. She put aside all scripts to simply be a daughter, in a difficult moment for her father.

“I don’t know what I did in my life to deserve all of this”, Swank said accepting her second Oscar in 2005. “I’m just a girl from a trailer park who had a dream.”

Lili Hinstin, Artistic Director of the Locarno Film Festival, had the following to say: “Being able to give the Leopard Club Award to Hilary Swank in the Piazza Grande is for me a double source of pride and joy. On the one hand, it allows us to pay tribute to a kind of cinema that birthed a generation of strong actresses, capable of leaving their mark in today’s Hollywood. On the other, the Leopard Club Award of Locarno72 will tell the Piazza audience the story of an actress and a woman whose career embodies female strength and tenacity, the freedom to choose and the faith in what one has chosen.”