The Festival is all over Switzerland, with Swisscom

The Locarno Film Festival's Main Partner is part of a crossmedia alliance. 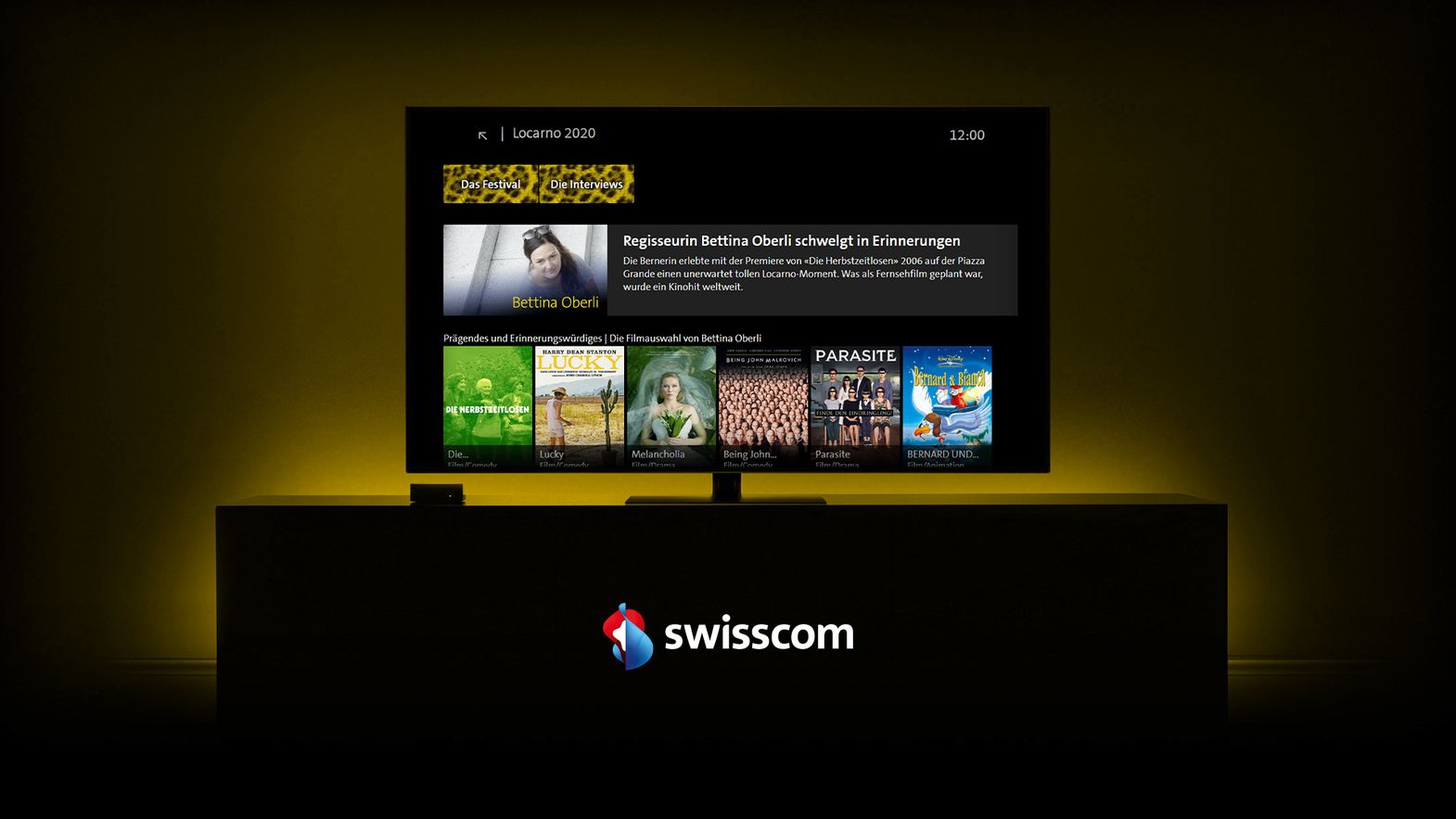 The Festival is all over Switzerland, with Swisscom

Where there's the Locarno Film Festival, there's Swisscom. In a year as peculiar as this, with an unusual edition, Swisscom - one of the main sponsors of the event - has decided to be there, to stay alongside the Festival and bring it to viewers' homes. Agreeing wholeheartedly with the Locarno Film Festival's wish to make its presence felt in support of the film industry in a complicated year, Swisscom has confirmed its commitment for the 24th consecutive year and responded with a series of crossmedia initiatives to make the audience part of this new adventure.

While we wait for the return of Piazza Grande in 2021, during Locarno 2020 the Festival will be hosted by Swisscom. With special editions of Teleclub, like Zoom Mania and Zoom Persöhlich, Swisscom's TV studio will feature various guests to discuss the universe of Switzerland's main cultural event, and specifically Locarno 2020.

The Festival in the comfort of your own home

Once again, this year Swisscom TV will offer its audience a special package dedicated entirely to the Festival, with a series of stand-out movies from the event’s 72-year history and more, picked out and recommended by personalities from the world of entertainment, sports and culture.

In parallel, the journey of the Locarno Film Festival continues on bluewin.ch. Over the past few months, Swisscom’s internet provider, used daily by hundreds of thousands of people all over Switzerland, has been presenting the world of Locarno in a regular feature that mixes behind-the-scenes looks at the organization with the latest news about the upcoming edition. The reports will continue throughout Locarno 2020, the perfect launching pad for a new season of stories to be shared at the click of a mouse.

The Festival is Locarno LiveTV by Swisscom

Locarno LiveTV by Swisscom, accessible via the Festival’s new website www.locarnofestival.ch and its YouTube channel, will as usual be turning its gaze to the stories of this edition, which in this exceptional year holds even more surprises than ever. After years of close encounters with hundreds of guests, filmmakers and VIPs — whose stories, emotions and films were all reported on Locarno LiveTV by Swisscom — for this edition the crew from CISA film school, the TV channel’s operational partner, will have to capture the atmospheres and opportunities of an unprecedented, hybrid event, distributed online as well as in theaters and including regular features but also surprise screenings.