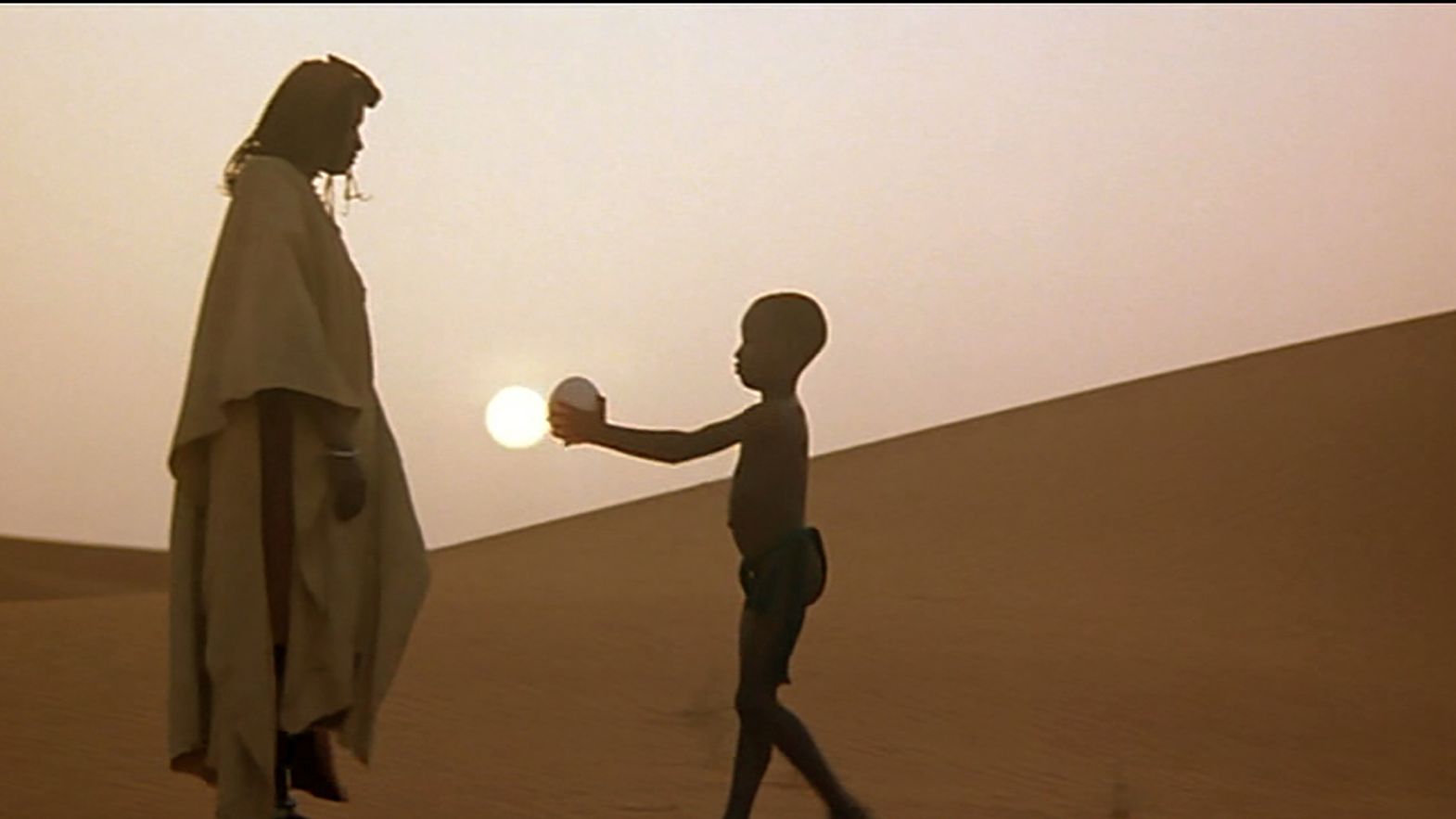 The second half of the journey through the first seventeen years of Open Doors, as presented by the retrospective Through the Open Doors, kicked off last night with the screening of Souleymane Cissé's masterpiece Yeelen (Brightness). In the context of Locarno 2020 - For the Future of Films, Through the Open Doors offers a selection of films that were either shown at previous editions of the Open Doors Screenings or selected as projects at the Open Doors coproduction platform, and subsequently completed and brought to the silver screen. Open Doors, the initiative organized by the Locarno Film Festival in collaboration with the Swiss Agency for Development and Cooperation of the Federal Department of Foreign Affairs, organizes two professional activities on a yearly basis: the Hub (a coproduction market) and the Lab (a workshop for up-and-coming producers), as well as the Screenings, a public interface for the audiences of the Locarno Film Festival, in order to foster networking, collaboration and awareness in support of the work of independent filmmakers active in countries where creative cinema is harder to produce.

Completed in 1987 and first shown with great acclaim at the Cannes Film Festival, Yeelen is a work that magnifies an uncompromising and original approach to filmmaking, translating into a film of pure, timeless beauty. A landmark in the History of African cinema and the climax of the career of Malian master Cissé, Yeelen is inspired by legends of Bambara folklore and tells a bewitching tale imbued with magic and mystery. Winner of the Prix du Jury at the Cannes Film Festival, it was the first film from Sub-Saharan Africa to receive global theatrical distribution. Yeelen is screening again tonight at 8.30 PM at the PalaVideo.

The program carries on with On the Edge, the brave first feature of Moroccan director Leila Kilani. Warmly welcomed upon its premiere at the Cannes Directors' Fortnight in 2011, this harsh and heartfelt debut portrays a group of female workers in contemporary Tangier, questioning the position of women and their desire for independence within a conservative society. Thanks to this first feature, Leila Kilani gained acclaim and a reputation as one of the most promising new voices in Arab cinema.

The winner of the Pardo d’oro at the Locarno Film Festival in 2010, Winter Vacation by Li Hongqi is a true flagship in the history of Open Doors. Originally included as a project in the year of the focus on China, Winter Vacation eventually materialized as a work that is fully original and extravagant. Li's dry and ironic style composes a series of tableaux vivants to comment on the life in a town of Northern China, with equally deep and hilarious touches. Winter Vacation is no doubt an essential work of contemporary Chinese cinema and it deserves a rediscovery.

Syrian documentary I Am the One Who Brings Flowers to her Grave by Hala Abdallah and Ammar Al Beik is another film of great relevance. Brought to completion in 2006, before the Syrian conflict exploded, this hurtful and complex documentary muses over the experience of exile, following a double path within and outside Syria, highlighting the significance of creation, of poetry and of the attachment to one's own land. I Am the One... is a film of great cultural and historical importance, and Open Doors supported the making of a new digital copy on the occasion of this screening at Locarno 2020 - For the Future of Films - thus making the film available to a new generation of audiences.

Through the Open Doors symbolically closes with another Open Doors project that took shaped up to become a groundbreaking film, Sibs Shongwe-La Mer's Necktie Youth. One of South African cinema's major oeuvres of the last decade, Shongwe-La Mer's debut feature depicts the life and behavior of well-off youths in Johannesburg, with no prejudice or false modesty. Necktie Youth debunks stereotypes about race, gender and sexual preference, defying comfort-zone representations of the society and people of South Africa and opening the door for a new cinema of unexpected aesthetic and political impact.