Legacy Titles for Everyone 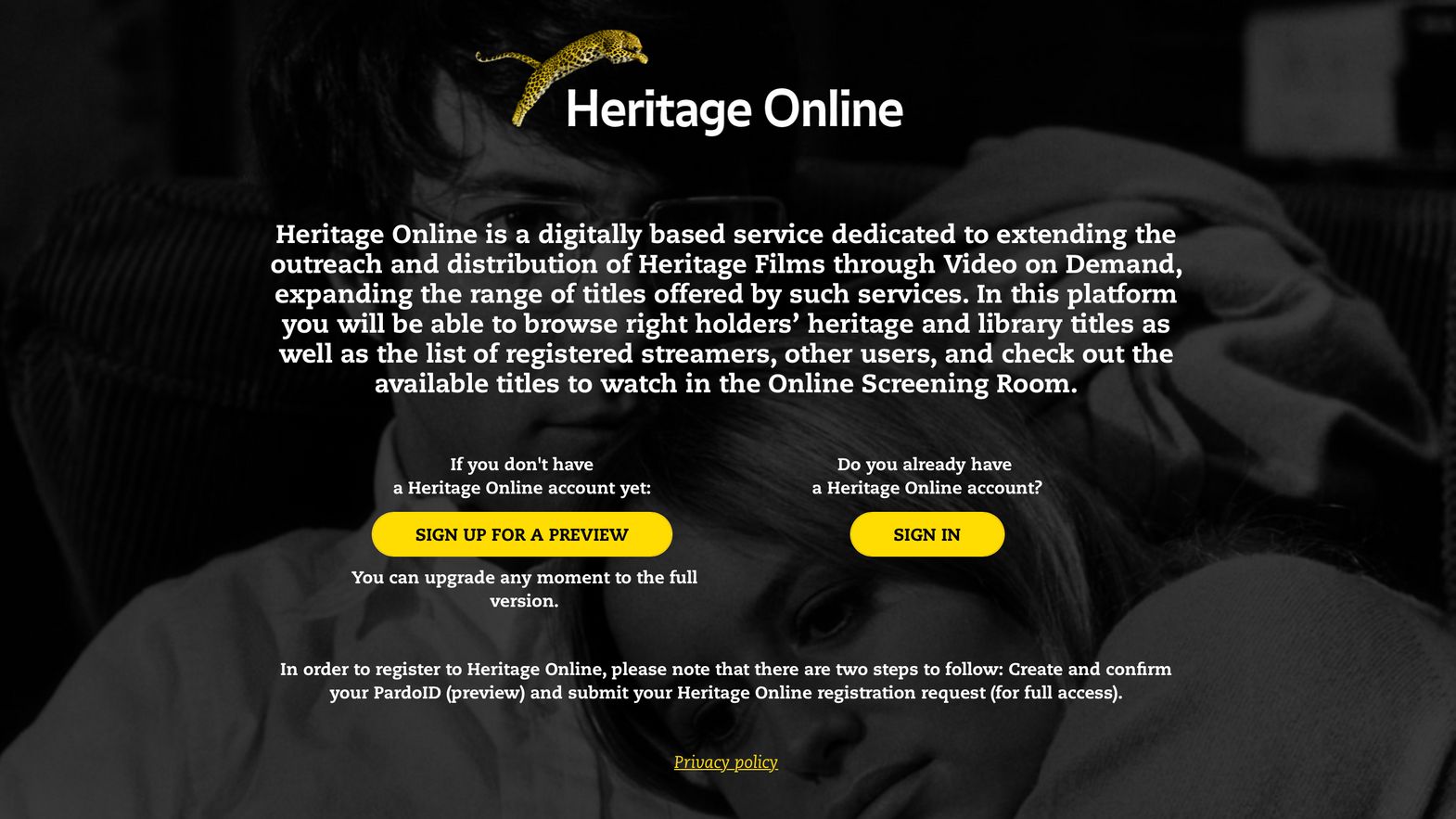 It’s almost paradoxical: heritage, that is to say the films that made cinema history, and online, a space where older titles tend to be fairly unpopular outside of specialized platforms like MUBI, which is the Locarno Film Festival’s international partner for the section A Journey in the Festival's History. And yet, in the year of limited physical contact, Locarno Pro chose to go in that direction with a new project called Heritage Online, which creates a direct contact between rights holders and various VOD platforms. The first group has access to two types of paid subscription, enabling them to make their catalogues available, with rights information, technical details and the chance to watch the films themselves (all feature films released no later than 2005 are eligible); the second group, whose subscription is free of charge, has year-round access to the service’s content. Among those who have already made use of this platform we have Geremia Biagiotti, International Sales Agent for Intramovies, a company that holds the rights to films by Fellini, Antonioni, Visconti, Pasolini and Dario Argento. He’s happy with the experience, compared to other platforms with similar goals: “Cinando, which festivals have been using for years, is very good for viewing films, less so for contacting people. Locarno’s initiative is very interesting because it focuses on content libraries and grants more visibility to individual companies, as opposed to platforms with an archive consisting of thousands of titles.” It’s a good start, although one issue needs to be taken into account: “Classics tend to be less appealing to major international players for practical reasons: on the one hand, especially if it’s a co-production between multiple countries, there is rarely just the one distributor handling global rights; on the other, there’s the question of materials, dubbing, subtitles, restorations, digital compatibility and the ensuing costs.” Perhaps the existence of a platform like Heritage Online will provide a solution over the coming months and years. It will do so online for now, and with physical encounters in Locarno starting next year.