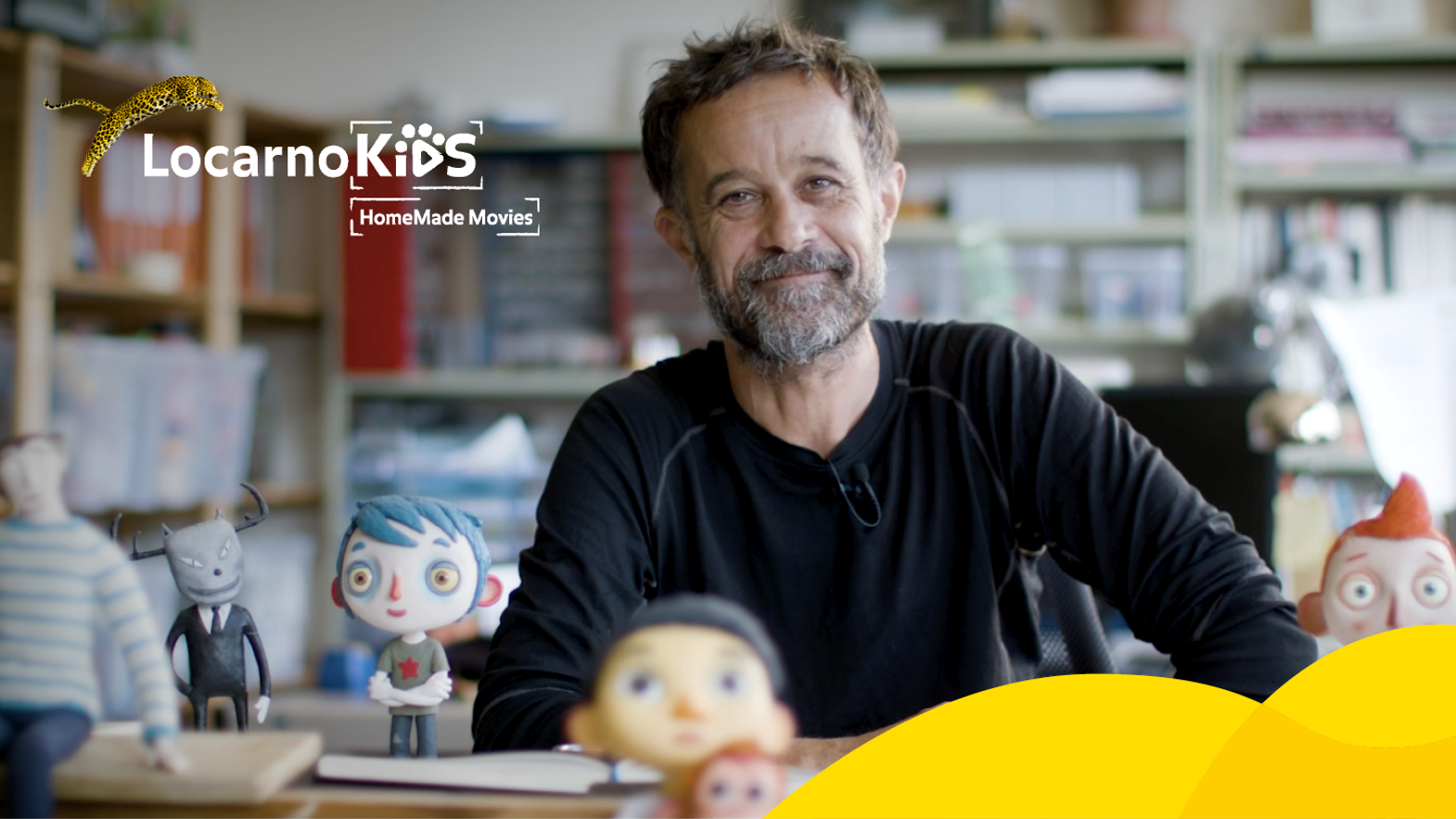 In this year’s special edition, Locarno 2020 – For the Future of Films, the Locarno Film Festival will also be giving space to the creativity of younger viewers: Locarno Kids HomeMade Movies will allow children and teenagers to learn the secrets of stop-motion animation, including via a series of specific online tutorials, so they can create stories inspired by ecological themes. As part of this new initiative from Locarno Kids – the Festival project that since this year enjoys support from Main Partner Swiss Mobiliar – the best short films produced will be featured in the official programming in 2021.

Locarno Kids is the Locarno Film Festival program that uses screenings and workshops to introduce younger viewers to the wonders of cinema. This year, building on the successes of recent editions, Locarno Kids will be giving its young audience an even more engaging shared experience. Locarno Kids HomeMade Movies will invite young viewers to take the plunge and become filmmakers themselves, in an initiative dedicated to animation and focused on the stop-motion technique.

My Life as a Courgette (Ma vie de Courgette, 2016) will long be remembered as the Swiss animation feature that flew to the Oscars in 2017. Its director, Claude Barras, president of ANIMATOU – International Animation Film Festival – Geneva, will lead the way for animators involved in creating the special educational videos. These will be made available during July on the Locarno Film Festival website in the section dedicated to Locarno Kids HomeMade Movies: young viewers will be taken on a fascinating journey through the techniques and genres of animated film, accompanied by animators and educators who will supply fact sheets for every video.

During the second phase of the project in August, it will be the young viewers themselves who will be called upon to put into practice (with a little help from family, friends and fellow pupils) the lessons learned from these video tutorials, made in various languages and shown with subtitles in Italian and English. They will be tasked with conceiving and creating a short film based on a story of their own invention. The topics they will be asked to address are those of nature and ecology: Locarno Kids HomeMade Movies will be a way to narrate their own rapport with the environment and to approach the outside world with fresh awareness after the restrictions on daily routine imposed by the global pandemic in recent months.

Lastly, the short films they create can be entered in the competition organized by the Locarno Film Festival. All entries will be eligible for inclusion (via a selection process slated for fall this year) in the official 2021 program. From next year, screenings for children and teenagers will increase in number, enhancing the programming and becoming an official section of the Festival.

Lili Hinstin, Artistic Director of the Locarno Film Festival: “I have always thought of the Locarno Film Festival as an event that can give a voice to all parts of society. Together with Swiss Mobiliar we will be supporting a fundamental step forward: to transform Locarno Kids, from next year, into an official section of the Festival, with meetings and screenings in theaters, introducing even the youngest viewers to the magic of the cinema and bringing them closer to the surprises of different gazes and narratives.”

Selection committee member and curator of Locarno Kids, Daniela Persico: “After last year with Lorenzo Mattotti in attendance, we’ll be continuing our journey through cinema’s world of images to break down the walls that have risen up around us and our families during the pandemic. We are grateful to the great director Claude Barras for agreeing to be the figurehead for HomeMade Movies, endorsing a project that puts young people’s creativity right at the center of things, showing us the world as they see it.”

As of this year the Locarno Kids experience will be supported by Swiss Mobiliar, the project’s new Main Partner. With a firm commitment already made through 2022, it will contribute towards the realization and further development of outreach activities aimed at bringing young audiences into the world of film and the Locarno Film Festival.

Dorothea Strauss, Head of Corporate Social Responsibility at Swiss Mobiliar: “Helping young people get a hold on their future creatively and sustainably is of special importance to us. That’s why, for example, we started the youth workshop Atelier du Futur in 2018. So, when the Locarno Film Festival asked us to join in expanding Locarno Kids, we accepted straight away. This is a project that brings together everything we believe in: creativity, concern for the environment and willingness to take on responsibility. That’s the reason why the HomeMade Movies concept was an inspiration for us from the start.”

Locarno Kids is an initiative which is also made possible by the support of the Guastalla Foundation and with input for school and audiovisual education from partners such as the SUPSI University’s teacher training department (DFA), the Locarno parents group association Cinemagia (ggl), Castellinaria – Festival del cinema giovane, LAC Edu, the Magic Lantern Association and LernFilm Festival.

Here to learn more about how to take part in Locarno Kids HomeMade Movies.