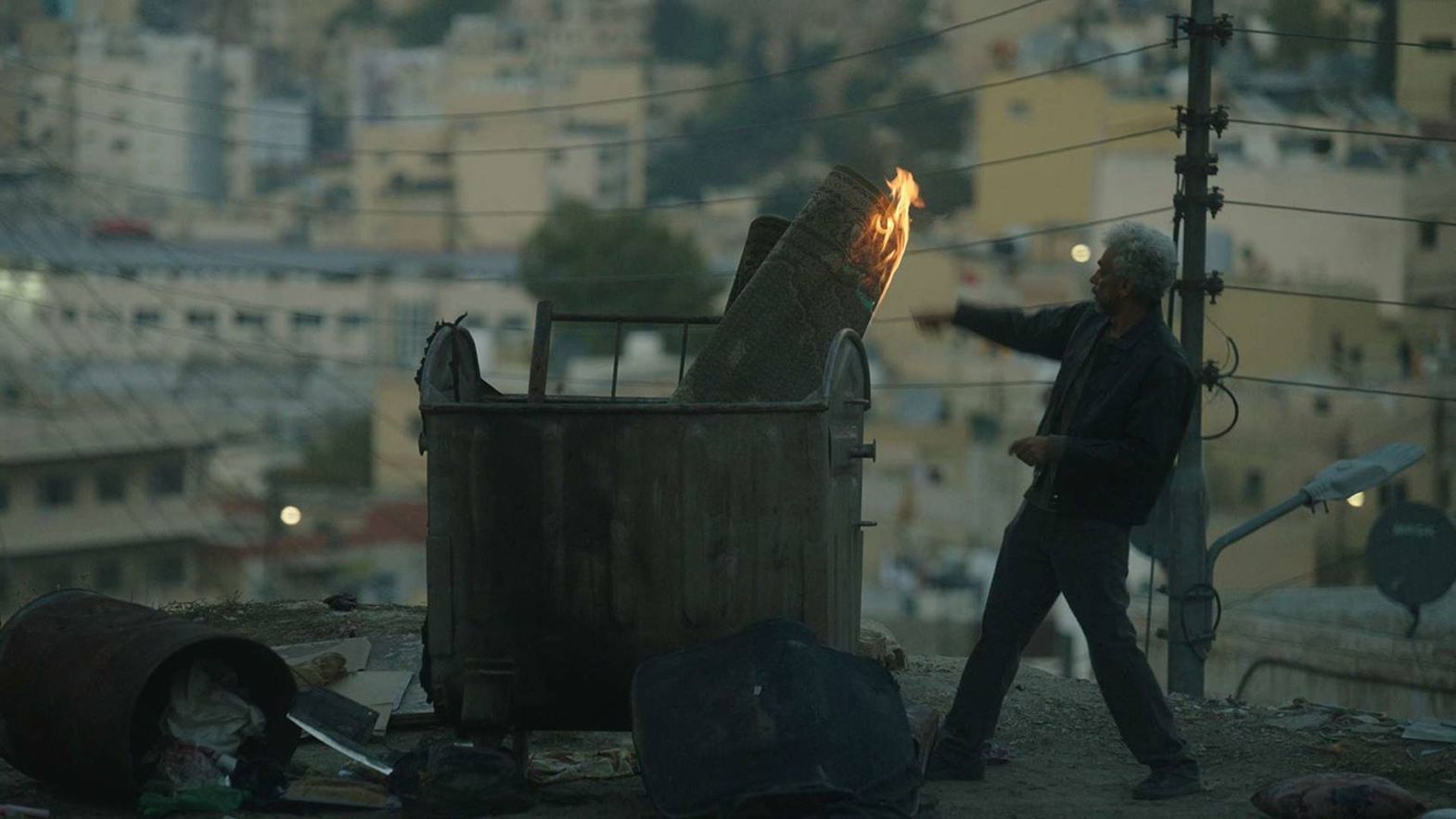 Strange things are happening in the streets of East Amman. Ali, a young man without great expectations who dreams of a normal life with little enthusiasm, is secretly in love with young Lana. Her mother, an old-fashioned woman who runs a hair salon, is fiercely against the relationship, as she holds Ali in no esteem at all. One day, she receives a video which captures Lana in unequivocal poses with Ali. Furious and humiliated, the woman makes a decision that is going to affect the course of many people’s lives including her own: to ask for help from the neighborhood’s kingpin, who holds the reins of East Amman’s illegal trafficking, including drugs and prostitution. The Alleys is one of the most anticipated films of recent years. It has made the headlines since its inception. Bassel Ghandour, writer of the celebrated Theeb directed by Naji Abu Nowar, production assistant on Kathryn Bigelow’s The Hurt Locker, directs a film with a strong feel, reminiscent of the cinema of an ‘irregular’ neo-realist like Giuseppe De Santis; organizes the rounds of the human comedy with the warm kindness of Vittorio De Sica; and evokes the tension and violence like the great professionals of black & white Hollywood. The film features the full range of human emotions. Crying, laughing, fear, violence, without ever neglecting the sharp social and political annotations. The Alleys reveals Bassel Ghandour’s talent with a film that promises to be one of the most interesting titles released in these years. A film destined to change the perception of Middle East cinema. Because the streets of East Amman are also our streets, in the end.