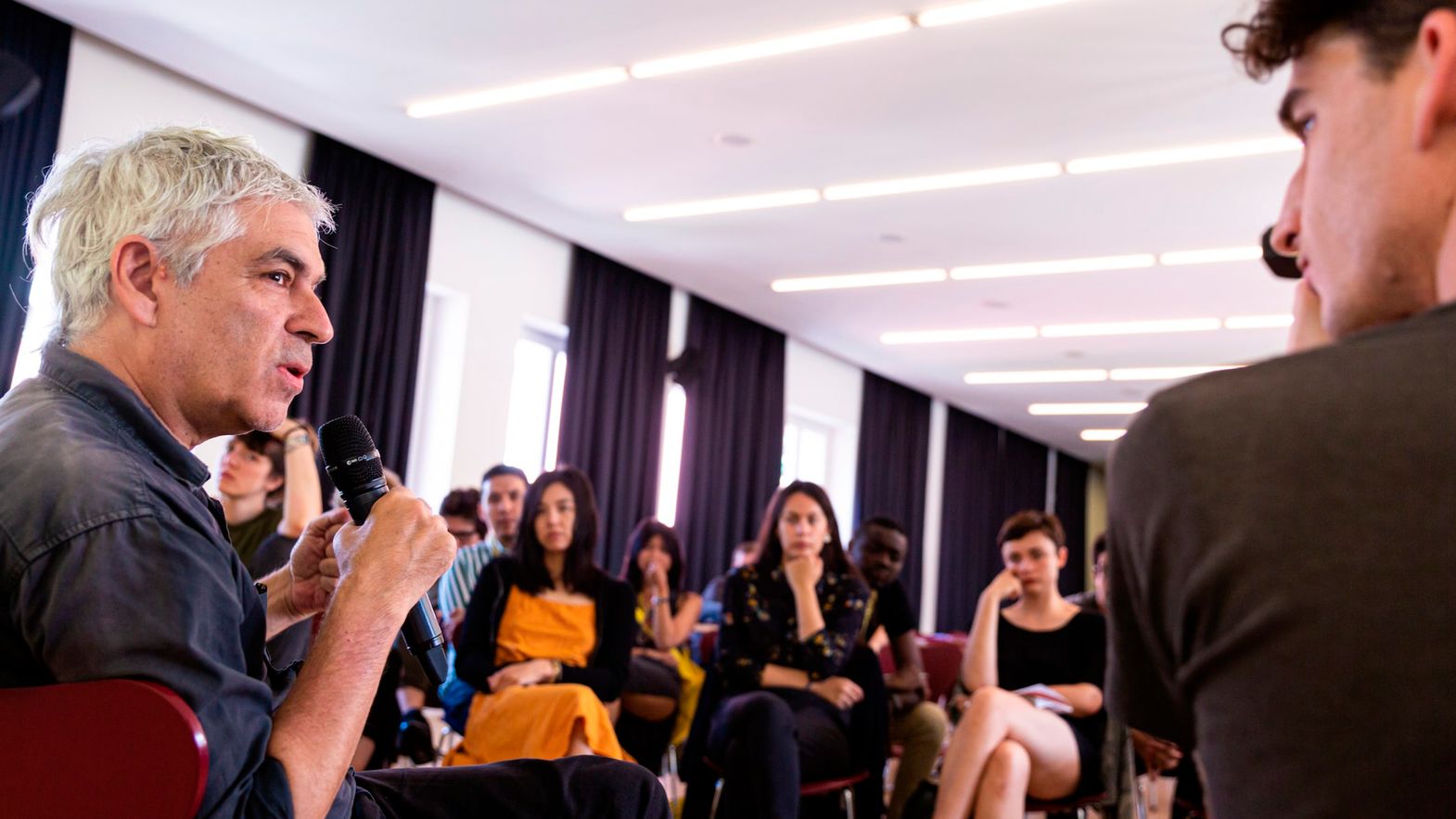 Applications are now officially open for the Locarno Academy, the Locarno Film Festival's training program. The three training grounds for the cinema of tomorrow. Every year, young professionals between 18 and 35 years of age can write for major national and international publications, interact with contemporary directors and auteurs, and understand the secrets of film programming or distribution, in order to draw up tomorrow's industry. Critics, Filmmakers and Industry Academy - are ready to receive the applications of young professionals who, during the August days of Locarno73, will get to know cinema up close, talk to it, discover its gears and receive a chance to be part of its future.

Here a brief summary of the three Academies.
Filmmakers Academy
It’s the Academy of cinema “in action”. During those days, fifteen young directors from all over the world get to meet and know those who make films on a daily basis: directors and filmmakers who open up their notepads and history to those who wish to embark on a similar journey. Last year, three such speakers were Oscar winner BONG Joon-ho, Pardo d’oro Pedro Costa and Pardo d’onore John Waters.

Critics Academy
Some people make films, while others watch them and later analyse them in written or audiovisual form. They’re the critics, the face of analyzed and explained cinema. The Critics Academy gives ten young people the chance to spend the Festival reviewing the films in competition and interviewing guests. Their articles are then published on the official website and the Locarno Daily, as well as major publications such as MUBI, IndieWire, Filmbulletin, FilmComment.com, swissinfo.ch and others.

Industry Academy
The Industry Academy exposes the gears and the engine of cinema, be it marketing, distribution, sales, festival programming or film archives. Over the course of five days, filled with masterclasses, the young attendees get to meet film industry professionals and understand the secrets of the filmmaking world.

Last year, during Locarno72, the Academy hosted and trained 42 young talents, aged 23 to 36, coming from 26 countries and 4 continents. They include those who wrote for major publications, those who discovered a few filmmaking secrets and those who talked to 4-time Academy Award winner BONG Joon-ho, Pardo d'Oro winner Pedro Costa, Pardo d'onore recipient John Waters and Premio Raimondo Rezzonico winner Maren Ade.

A bit of history
It was 2011, and the Festival had an idea: why not give young people the chance to take advantage of a platform that brings together the international film industry for eleven days? And so it came to pass that the first edition of Locarno Academy opened the doors of the Festival and the industry to aspiring film critics. With a pioneering spirit, the Festival re-envisioned itself as a training ground, a place where cinema is not only celebrated and discovered, but also taught and transmitted. From that summer on, by expanding its attendance to filmmakers and professionals, the Locarno Academy made itself known as an incubator of talent.