Sing to Me, o India

Marguerite Duras’ film, which played in Locarno in 1975 and was chosen by Helena Wittmann for A Journey in the Festival History, is available online 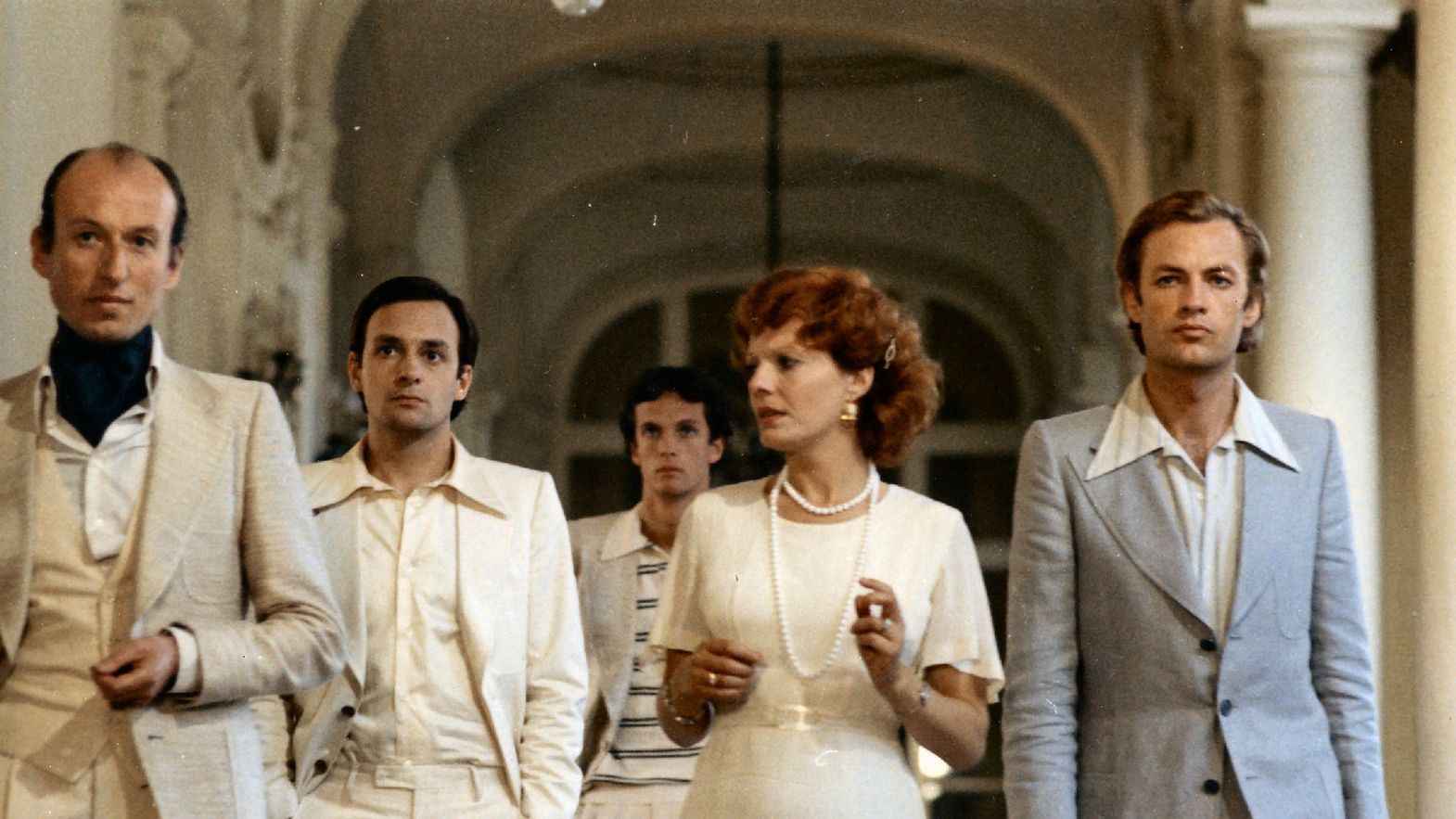 In the beginning there was a stage play, commissioned by Peter Hall and never produced. Marguerite Duras developed it into her fifth feature film as a director, which played in Locarno in 1975 and was followed by a sequel, Son nom de Venise dans Calcutta désert, a year later. India Song is a deliberately artificial film, set in India but shot entirely near Paris, with no attempt whatsoever to depict the country in true-to-life fashion (she chose not to use any photographic references, relying solely on her own memories of a teenage visit). There we witness the drama of Anne-Marie Stretter, the wife of the French ambassador, who engages in adultery to handle everyday tedium, with his tacit approval. In between affairs she meets the vice-consul of Lahore, who tirelessly attempts to seduce her while she wants none of it. This all happens within a framework that adheres to Duras’ style, with a disconnect between sound and image that turns Anne-Marie’s erotic escapades into an elliptical, dream-like journey, with no easy answers or conventional plot elements, depicting a sickly, decaying form of colonialism. The film has been charming and confusing viewers in equal measure for four decades, and is dominated by Delphine Seyrig and Michael Lonsdale’s great performances.