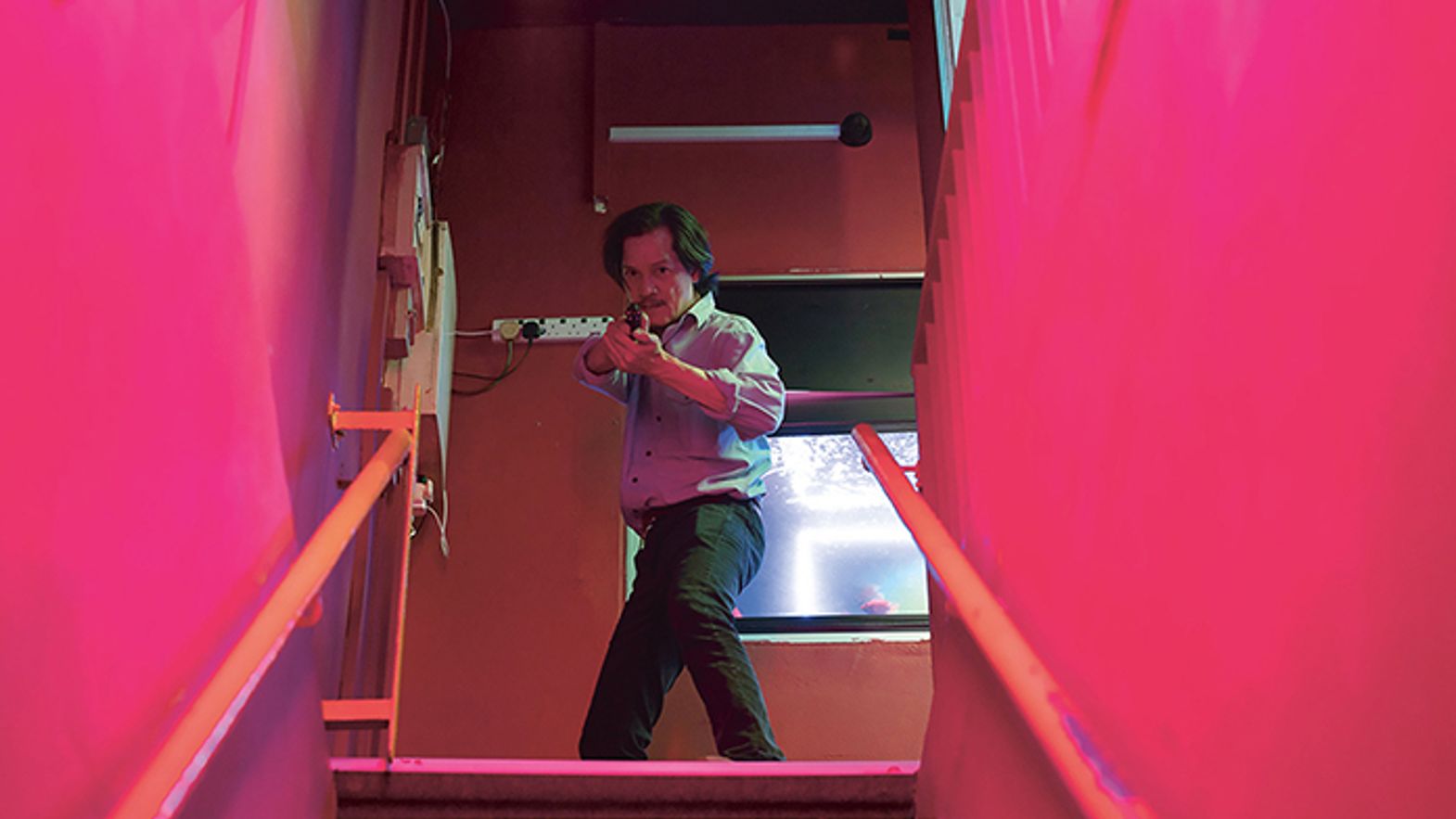 The much-vaunted economic prosperity of the city-state of Singapore has led to a constant expansion of its own territory by literally moving back the sea via a never-ending land-reclamation project. Many of the underpaid workers responsible for making the country grow come from abroad, live in miserable conditions and are essentially captives of their employers. Yeo Siew Hua’s A Land Imagined takes this reality and envelops it into a fluid mix of dreamy neon nighttime noir and social realist drama, focusing on two sleepless men leading parallel lives: Wang, a lonely Chinese migrant worker, and Lok, the police detective who is investigating his disappearance.

After Wang breaks his hand in an on-site accident, he spends his nights playing shooter video games in a 24-hour cybercafé tended by Mindy – Luna Kwok, discovered in Lu bian ye can (Kaili Blues) –, and strikes up a virtual connection with a mysterious player. At the same time, reduced to acting as a one-armed driver, Wang befriends Ajit, a Bangladeshi worker whose mother at home has suffered an accident of her own. Soon enough, both men have disappeared, and Lok seems to be the only one who cares.

Though based on the director’s research and investigation into real-life experiences of migrants, A Land Imagined is far from a dry exposé of structural exploitation. Singapore is a country that is perpetually reimagining itself, physically and figuratively, and so is this film. Yeo’s visual style and increasingly magic-realist storytelling builds up mystery, as Wang’s story folds into Lok’s, and back again: are the two insomniacs dreaming each other’s lives?