"I've the mindset of a student: open and curious"

Interview to Ethan Hawke, recipient of the Excellence Award 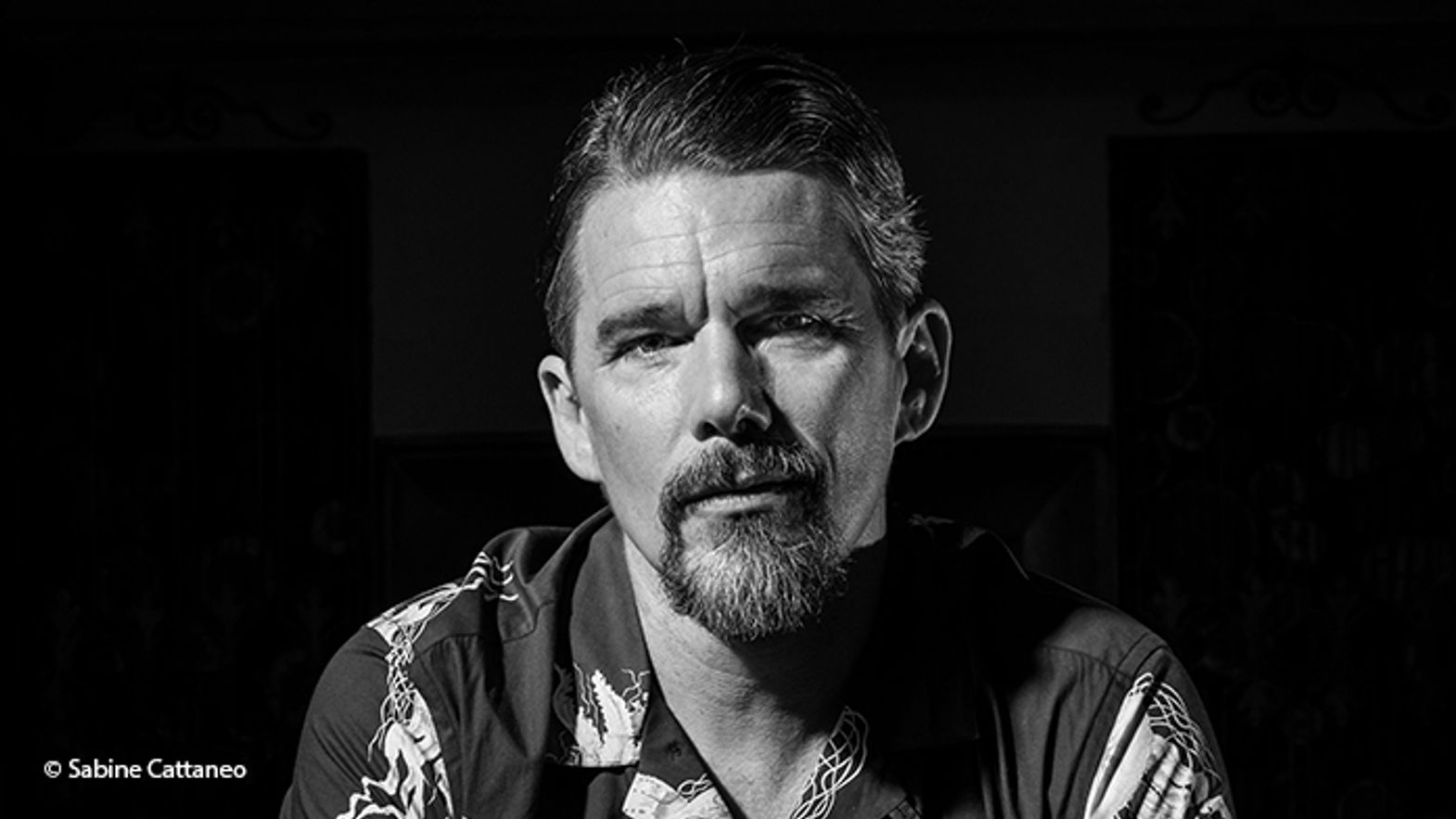 Mr. Ethan Hawke, the Locarno Excellence Award is a tribute to your career so far, including the most recent film you have directed, Blaze, which we’ll be seeing in Locarno. It’s about the controversial American singer songwriter Blaze Foley. What attracted you to his story, and what led you to tell it by isolating three distinct periods of his life?

Most every film about a musician that I’ve seen centers around a famous musician. In some subconscious way this tells us their lives/stories are valuable because they “made it”. Having spent the bulk of my life around artists, the great majority of them are not famous. In fact, most are met with absolute indifference. I’ve often thought it would be interesting to make a biopic about an artist that hasn’t “made it” – but who continues to keep creating without all the pros and cons or trappings of perceived success. Blaze Foley was the perfect subject matter. Shot and killed in 1989 – at the time of his death the great body of his songwriting was only known to a handful of friends.

I got the idea to make the film about Blaze one night, listening and watching my friend Ben Dickey play the song Clay Pigeons, written by Foley. They are both from Arkansas and they share many attributes – and I thought Ben could be revelatory in this part.

In regard to the triptych nature of the film, it’s largely how I think. The past, preset, and future, are always speaking to each other all the time.  And for me, the more conventional linear narrative can reduce a character, particularly for a real-life individual. None of our lives fit neatly into a clean beginning, middle and end, and I hoped that by playing with time I would create an opportunity to flesh out the nuanced nature of a life.

Your love of music already brought you to play jazz legend Chet Baker in Born to Be Blue. You also spend your life moving between different art forms, from film to writing. How important is it for you to occupy such borderline spaces that are subject to reciprocal influences?

When I was a kid, my mother had framed Shaker expressions on our bathroom wall, one said, improve in one talent and God will give you more. Another, to master one craft you need to apprentice three.

I must have taken that to heart.  Acting is my life’s blood – I come at all the arts as an actor, and I find that in deepening my relationship to writing, directing, and music – I elevate my relationship to acting. It also keeps me in the mindset of a student: open, curious and hungry.  And, to be fair, it’s not intentional, I’ve just followed my gut, my whole life, and it’s gotten me here.

Up to now your artistic career has gained you a reputation for versatility, thanks to your ability to switch from acting to directing, from screenplays to novels. What’s the glue that binds all these different strands together?

Storytelling. As Bob Dylan succinctly puts it: I’m a song and dance man.

You’ve worked with many great directors, but there’s definitely a connection with Richard Linklater that stands out. How did that rapport come into being and what sort of complicity has grown between you, given the remarkable and long-term nature of the projects you’ve worked on, from the trilogy Before Sunrise/Sunset/Midnight to Boyhood?

Rick has become one of my closest friends. It’s hard to understand and define what makes a friend, it’s particularly mysterious how you find a friend that you can work with repeatedly. For a start, we have a lot of things in common. One of the traits that Rick and I share is a love of collaboration.  When I first met Rick, there is a methodology that you see in Slacker and Dazed and Confused that was thrilling to me. He treats actors as fellow filmmakers – and embarks on making a film like a shared journey – which is frankly, unlike many directors.

In recent years you’ve been involved in a great diversity of films, from small productions to more mainstream titles. Occasionally there have been movies like Gattaca that don’t take the box office by storm, but gradually achieve cult status. What kind of intuition leads you to say yes to a part in a film?

Acting is an interpretive art. At its base level it’s wanting to share great writing – with an audience. I knew the second I read Gattaca that it was a major piece of science-fiction writing. I felt the same about Predestination and First Reformed.

Sometimes you bet on people. For example, when I met Alfonso Cuarón for Great Expectations, the script wasn’t completely ready, but he was so clearly an impressive individual, someone that was exciting to be in the room with, someone you want to create with, that I took a gamble.  Glad I did.

Looking back to the outset of your career, you got off to a flying start. How much did it influence your career, when you were still so young, meeting established greats like Joe Dante (Explorers) and score an immediate hit in Peter Weir’s Dead Poets Society?

Hard for me to answer that question, as I don’t know what it’s like to not have that experience. No doubt that between Dante and Weir, I received a privileged education in cinema. Joe was a pulp master. He loves genre movies and taught me that there was no difference between high art and low art – only works that people put thought into and those that they didn’t.  And Peter is very hard to define, there’s a mystical nature to him and his work. He was an already fully developed craftsman when I met him and that was invaluable for a young person to see. Not to mention all the people they brought with them – the talent pool around them was an undeniable, but unquantifiable benefit.

Acting is a way of writing with your body. What kind of relationship do you prefer to establish with your characters, as you construct them?

That is an extremely interesting question to me.  I often try to imagine my character as a sculpture. What would their posture be? In what still pose would they be most fully presented? Then I imagine them as an animal – and that helps me give them movement.  This way all the characters will have variety. Simultaneously, I try to bring as much of myself as I can so that there is as much truth on screen as possible.

Your unpredictable choices of role and your career to date have made you a genuine icon of independent filmmaking. How did you secure that freedom of choice? How do you manage to maintain it? And what sacrifices does it involve?

Some of it is luck and some of it is design. I have never prioritized making money – and that has helped a great deal.  Often, artists make the mistake of equating money with success – as it is a barometer society generally accepts. Allen Ginsberg’s high earning year was 17,000 dollars.  And he was the greatest American poet of his generation. I try to make movies I would want to see.  I aspire for variety. I try not to talk down to people and to work in a variety of genres. Actors are generally only as good as their opportunities – so we must work hard to be ready when they come.