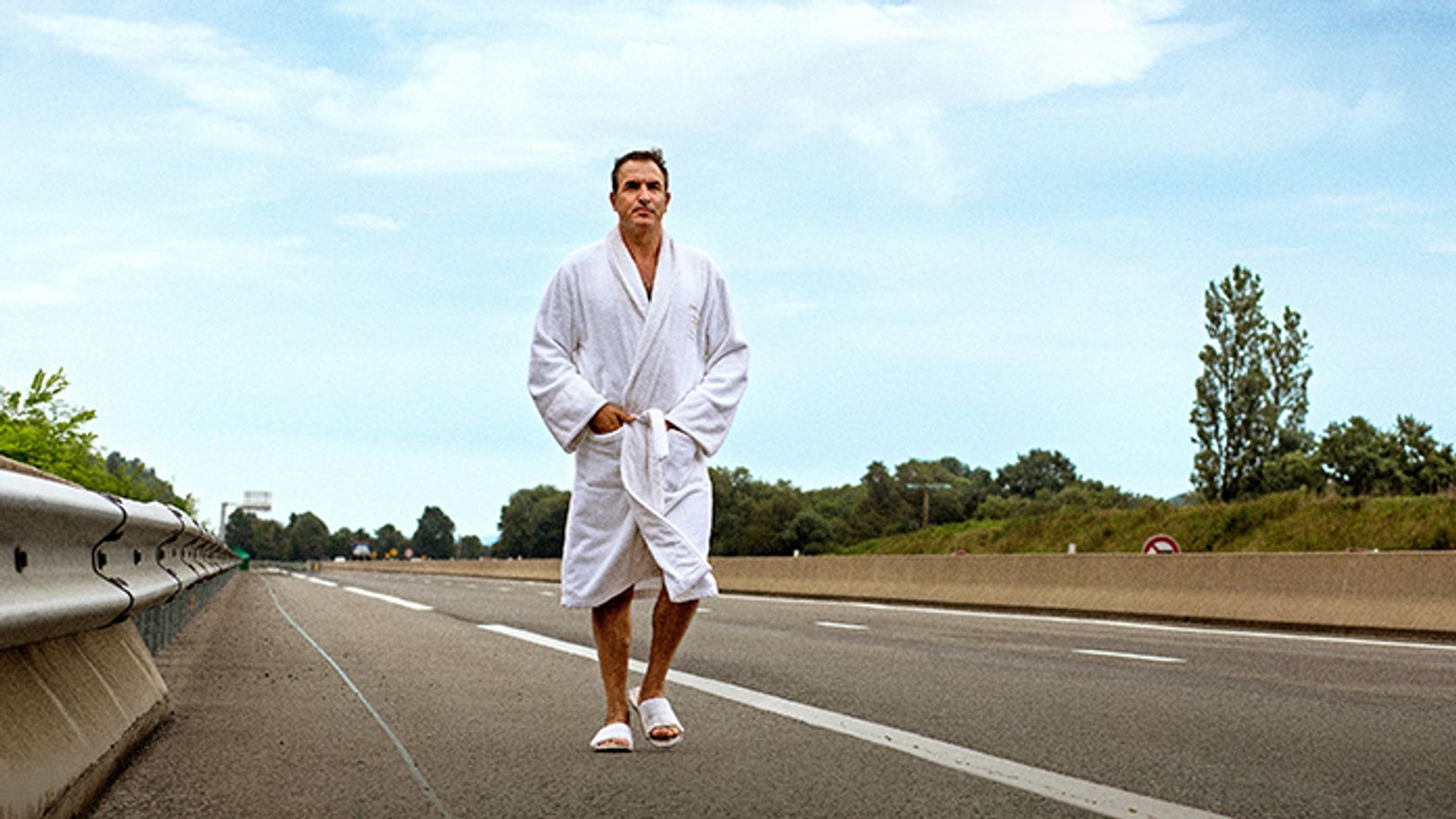 For their eighth feature film, the Canal+ duo tackles utopia once again. The film was born out of a place, the Emmaus village in Lescar-Pau, which was discovered five years ago thanks to José Bové. It’s a place on the fringes, few of which exist nowadays. It’s real-life Groland, where no questions about the past are asked. It’s a place you want to film with pastel colors. In order to fill that sweet autarchy, the directors have surrounded themselves with friends: a former Mano Negra singer, a street artist named Marius, the Chinaman from Near Death Experience (2014)… And in the middle of it all is Jean Dujardin, eight pounds heavier but still as subtle in his performance. His character, Jacques, introduces us to this place. He shows up, judging and thinking he has no business being there. He deals with his sister Monique (Yolande Moreau, headlining a Delépine-Kervern film for the third time), who in turn runs the community with the communist principles she inherited from her parents. Together, they will build a life the same way the two directors create their films: without confrontation, as companions, through solidarity and the extraordinary creativity of craftsmanship. It’s a poetic, political film that, as always, is tonally free.