The Art Behind The Mask 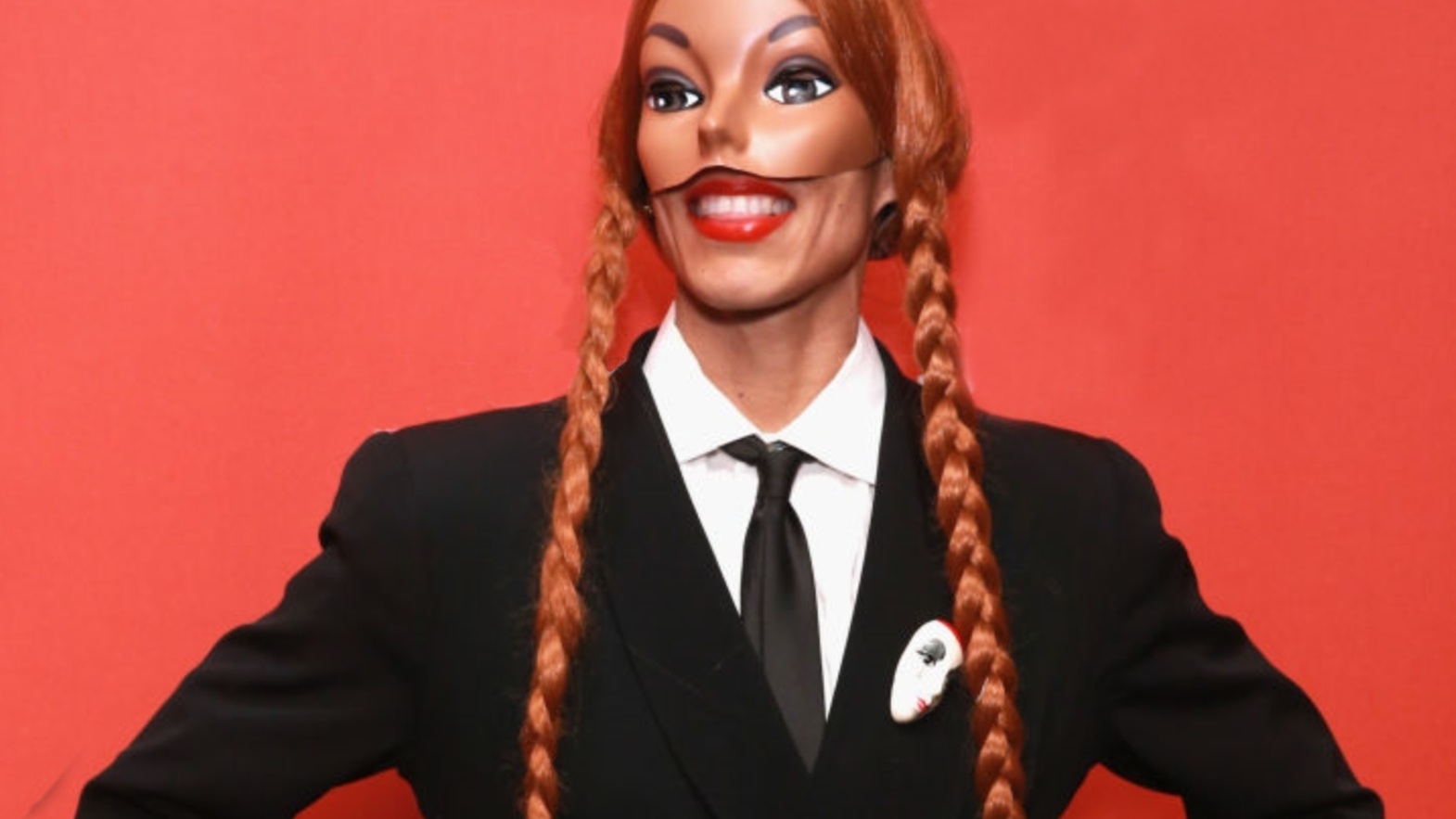 With erotic subversion, the masked, multi-disciplinary artist Narcissister deconstructs stereotypical representations of gender, racial identity and sexuality. In her debut feature, a hybrid documentary/performance, Narcissister tells her story in her own words, tracing the development of her public persona, juxtaposing it with her complex family history – especially her relationship with her supportive mother – and the staging of one of her theatrical performances. Originally performed in 2013, Narcissister Organ Player takes place in a metaphorical restaurant where Narcissister, unsated by a few spinach leaves, tries to eat the furniture and ends up consuming herself by entering and travelling through her own body, represented by an enormous puppet. As the performance plays on stage, in real life her mother’s long-term illness brings on a decline that ends in death. In the intimate discussion of her family, with interracial familial roots that are Moroccan, Jewish, and African American, the artist surprisingly comes across as vulnerable – in contrast to the wild, fetishistic and uproariously vulgar performances, which, on their surface, would appear to expose everything. Even when showing us family photos, Narcissister takes care to cover her birth identity, as she remains true to her essential, constructed self: a self embodied by the mask.