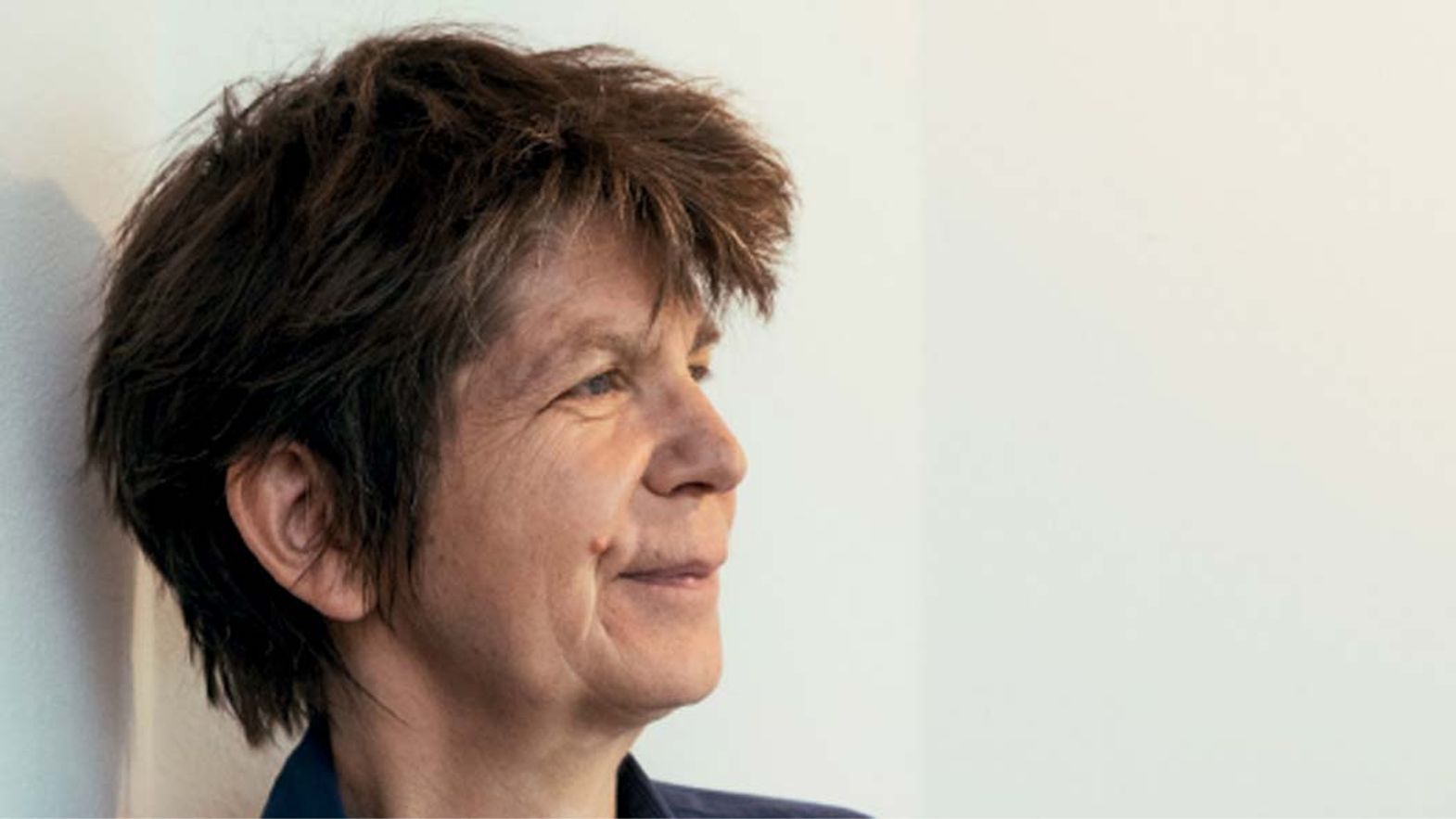 Claire Atherton, the Vision Award Ticinomoda is a prize with which Locarno aims to pay tribute to the people whose contributions behind the scenes have broadened the horizons of cinema. Your contribution is “within and around the image”, as an editor. Has there been a specific inspiration for your artistic path?

I’ve always had a passion for Chinese civilization and thought. When I was young, I was perturbed and fascinated by the notion of emptiness as an acting element, by the importance of letting things come to you, and by the idea that strength comes from patience and flexibility. I also liked the fact that in Chinese, by saying or writing a word, you’re already telling a story. Taoist philosophy has this idea that you do not explain everything; you don’t make things happen, you let them happen. You create a movement, and Taoists consider that life is nothing other than this movement. This is connected to another important issue in Taoism: the emptiness. Taoist emptiness is the place where transformations can happen, where bonds are created between things. It’s where things refuse to freeze, where life force gathers and meaning becomes possible. When I edit, I follow those guidelines. I am not looking for a film to describe reality as it is often expected of documentaries or tell a story as it is often expected of fiction films. I try to create a space where the viewers can make their own connection with the film, feel it, receive it and experience it in their own way. I want films to provoke thoughts and questions, about oneself and the world.

From Letters Home in 1986 to No Home Movie in 2013, your name has become inextricably linked to Chantal Akerman. She was a soul mate of sorts, be it for fiction films, documentaries or installations. How was that relationship built over three decades?

I met Chantal Akerman by chance, in 1984. I was supposed to lend her technical assistance for the video filming of the play Letters Home, and she asked me to frame the shots. There was immediately a strong connection between us. She didn’t ask about my training or skills, she just said she wanted to work with me. What mattered was to be together. After the shooting, we worked together on a few short movies, on which I operated the camera and did the editing. Then, in 1986, Chantal asked me to edit Letters Home, a film based on the play through which we had met. During this first long shared editing experience, I discovered a calm within myself that I didn’t know beforehand. As anxious and indecisive as I could be in life, there I felt an endless confidence in what was to come. Anxiety is often connected to a need of control that can’t be satisfied, and triggers a feverish search for efficacy. I was far away from that. I simply felt l was present. The strength of that shared presence was the basis of our work. Neither of us wanted to explain anything. We liked being together, and discovering while doing. We often said that it was more a matter of image than a matter of story. We were building the film without trying to control it; we were just listening to it. We let it grow at its own pace, and surprise us. Chantal never told me about her intentions. In fact, she often didn’t know ahead of time what she was going to film. She didn’t like to be asked what she was looking for. She used to say that if you know what you’re looking for, you’ll find it and then it’s no longer worth making the film. Her way of making films intersected with my own path: let things happen, respect the movement and not try to force meaning.

Chantal Akerman’s final film, No Home Movie, screened in Locarno in 2015. It’s a film that deals with a profound desire for intimacy while questioning the distance and relationship with the outside world. What do you remember of that project?

No Home Movie was not “premeditated”. Chantal and l were often working together on video installations, which we particularly enjoyed, because it was even more about discovering while doing. In the spring of 2014, we were supposed to work on an installation based on footage she had shot in the desert. Chantal’s mother died on April 5, a few days before the beginning of our work. When we met, she told me «I’ve been filming my mother for two years. I want us to look at the footage together, and try to make something of it». She said, «make something of it», she didn’t mention a film. It was too early. Some of the footage was shot on her cell phone, some with a film camera, and some with a video camera. We looked at all the images, and we started putting them together. It wasn’t really editing yet. It was as if we were trying to keep Chantal’s mother with us. We had never worked like that before. On all other films, we went straight into the editing process. We started with one shot, and then we went on, guided by the film. In that case it was different. We weren’t editing the shots, we were “retaining” them. On the side, we were also working on the video installation. And then, step-by-step, without actually deciding to do so, it became clear we were going to combine the desert footage with the images of Natalia Akerman. Firstly we put the shot of the tree, then the man on the bench with the very green grass, and then Natalia walking in the hallway. When we saw those three images together, we felt a film was possible, and the real editing work could start. The first title of the film was Home Movie, then it became No Home Movie. The desert footage became an installation that we called De la mèr(e) au desert. Everything was connected, even though we didn’t know it at first. It was a peaceful and happy moment.

In your films, editing is a fundamental tool to give shape and duration to a time-space relationship that doesn’t really manipulate the viewer, but rather offers a physical experience. What role does technique have on this profoundly artistic path?

Technique, in and of itself, does not have such a big role in editing. But the gestures, the work rhythm, the environment, and the words we pronounce are important. Editing on celluloid involved a ritual of physical actions that no longer exists today. The need to manipulate the film created a space between the gesture and the result which could be called the process time. Our hands were busy, but our minds could escape. We could forget all goals. Digital editing has eliminated that meditation time. You just have to click. But you can still recreate the ritual and stop yourself from going too fast. When I feel like I’m going too fast, I get up, I walk a little, I have coffee, and I look out the window. It’s important to have this come-and-go relationship with the film, to have the time to forget. Otherwise you just try, again and again, until you lose your relationship with the images, as it often happens to young editors. I sometimes hear them say they’re going to “test” or “approve” the version of the edit. You test a lamp or a battery, and you approve a sale. You don’t do either of those with a film. You watch it, you listen to it, you feel it, you experience it, and you question it. Maybe I give too much importance to words. But the words we use say a lot about us, and the time we live in.

You have said – and it’s a key element of your films – that the starting point is an absence: a void, something unsaid or unseen, to be left to the imagination of those watching. How do you work from that absence?

You focus on the rhythm without immediately trying to grasp a signification. Working on rhythm means taking in the existing footage and respecting its mysteries, but it also means working with the images that don’t exist, without trying to fill the gaps. It’s being wary of the reflex to be exhaustive, and to run away from the “solutions” that aim to fix shooting “errors”. Sometimes the absence of an image is the key element, around which everything is built. Respecting absence as a meaningful element is putting your trust in unconscious physical action, and knowing how to welcome chance. Painters of Chinese Antiquity refused to paint nature with colors. They considered nature so beautiful and complex, that it was useless to try and faithfully reproduce it. So instead of reproducing, they decided to suggest, and they used Chinese ink. The lack of color and the sobriety of the black brushstroke allowed them to get closer to nature by creating a space of imagination for the viewer. There is probably a tendency today to color too much, to fill too much, for fear of emptiness.