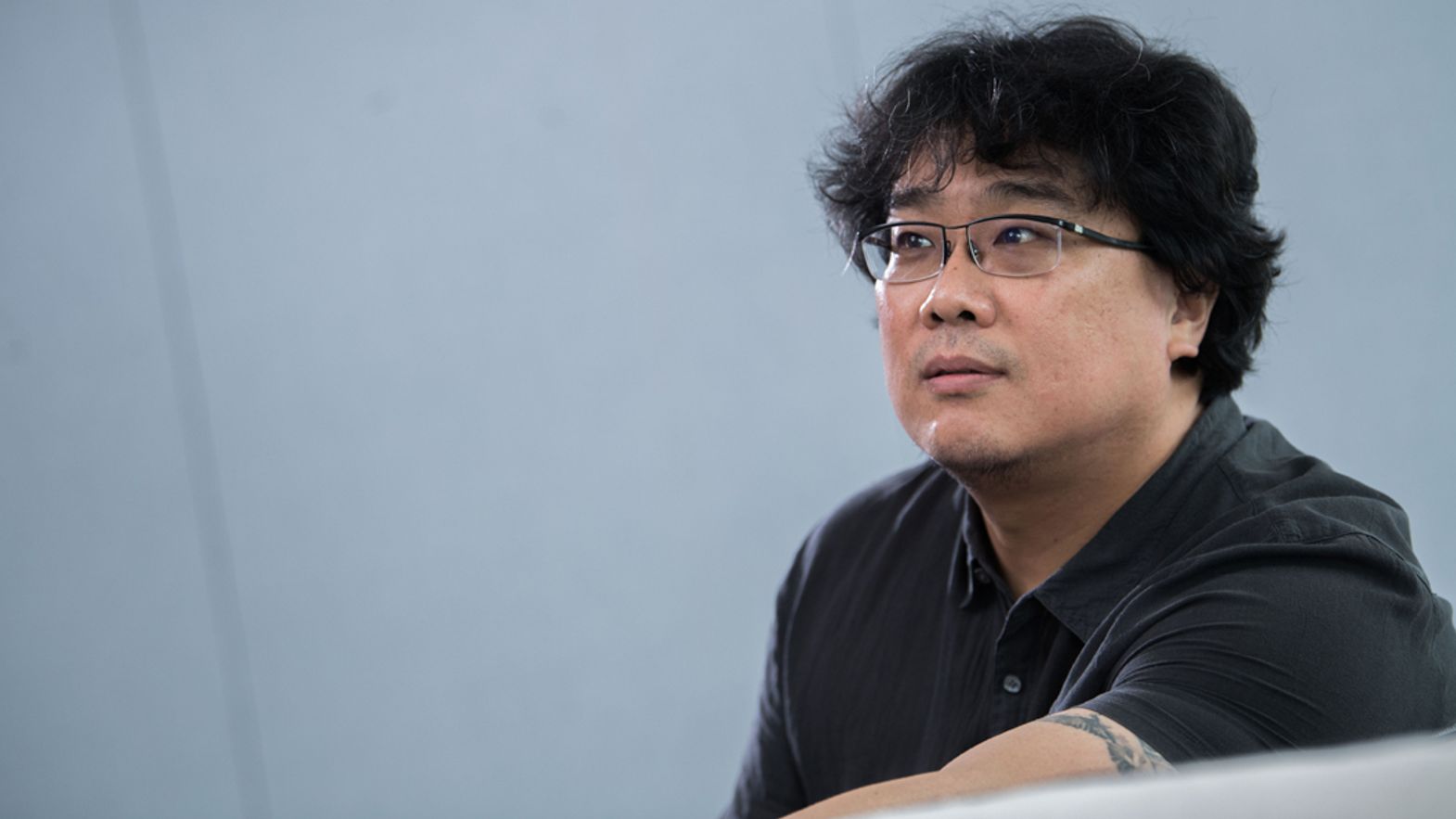 This year, Locarno Film Festival’s Excellence Award goes to actor Song Kang-ho, who is featured in almost all your films and who owes a great deal of his current stardom to you. How does your special understanding with Song work? What is it about him that makes him an ideal interpreter for your gaze?

First of all, I’m very happy that Song Kang-ho will receive the Excellence Award. He worked with me in four out of seven features I’ve made so far. So, you can say that my films constitute a part of his filmography, but you’ll also find Song in almost all significant works of internationally renowned Korean directors. For example, Lee Chang-dong’s Secret Sunshine (2007), Park Chan-wook’s Thirst (2009), and Sympathy for Mr. Vengeance (2002), and Kim Jee-woon’s The Good the Bad the Weird (2008), and The Foul King (2000), some of which are showing at this year’s Locarno Film Festival. Because he was in so many of the most important Korean directors’ films, he has been at the core of the Korean New Wave. My special understanding with Song? Well, the four films out of seven of my features that Song was in, I had him in mind right from the writing stage. I wrote the action and dialogue with his image in my head, so I guess from the actor’s perspective, the characters intrinsically permeated him right from the start. I like the way he interprets work, his own unique approach, so we rarely had even any trivial clash of opinions. Also, Song has a face so rich in expression that represents a certain air that is quintessentially Korean, or of Korea. There’s a very authentic feel that is representative of Koreans, in the way he delivers words and moves, in every little move and expression that he does, he has a tremendous, unequalled power in convincing the Korean audience.

Song Kang-ho stars again in your current film, this year’s big winner at Cannes, Parasite (2019), playing the father in a distinctly offbeat family – a set-up that is very often central to your films. What’s behind the obsession?

I don’t think Korean society is particularly more family-oriented than others. Like in any other part of the world, family is the most basic unit or cell that constitutes the society. Suppose a family, whose balance is tipped or there’s something lacking, or if the whole family falls into a weird situation – if the drama takes off that premise, then I believe you can suck in the audience instantly and powerfully right from the beginning, because there’s no other unit that’s more universal or familiar than family.

You have explored life and society in South Korea in depth, but also turned your hand to international thrillers like Memories of Murder (2003), sci-fi in Snowpiercer (2013) and the monster genre in The Host (2006). Are you consistent in your approach, or do you change it to suit each particular kind of production?

With each one of the seven films, I found myself in the new starting line, faced with a few challenges and/or fear. Each time was a leap into a completely different universe or dimension so it made things interesting and exciting for me, but at the same time, it was terrifying like the two sides of a coin. But when the film is done, it’s another work to come out of the same person that is me, so I would discover the elements that seem alike or are repeating. Not that I make conscious effort to do that, but rather, I seem to discover it when I look back, after the film is made, those elements permeate my work.

You were part of the period of South Korean cinema just before and after the millennium which brought international notice for talents such as yourself, Park Chan-wook and Lee Chang-dong. What were the factors which made such a creative explosion possible?

I couldn’t say what it is. With the abolition of censorship in Korea in the early 90s came freedom of expression and we owe it all to that: this would be an easy explanation, but I doubt it’s true. I think the emergence of talents such as Lee Chang-dong, Kim Jee-woon, Hong Sang-soo and Park Chan-wook – who are in a sense their own individual universes – is a territory that is very personal and delicate and that cannot be predicted or generalized for analysis.

As South Korean cinema was becoming better known in the West, were there Western masters who influenced you in your formative years? Which directors were benchmarks for you?

There are many. I remember getting excited over B-movie tropes such as John Carpenter’s work or films like The Thing (1982). In my formative years, I was influenced by Brian De Palma’s crime thrillers and Sam Peckinpah’s violence-ridden films. I was deeply influenced by Japanese masters such as Kurosawa, Kiyoshi and Imamura Shohei during my college years and after. Also, I take Kim Ki-young, the Korean master who made Housemaid (1960), who was also an influence on Parasite, as my mentor. Claude Chabrol’s crime movies from the 70s had huge impact on me as well. Having mentioned all of these directors, I think Alfred Hitchcock stands at the pinnacle. As the master of crime, suspense, horror, and human anxiety, I indulged myself in his work from a very young age – in my pre-teens – and I used to imagine having Hitchcock’s blood in my veins.

Your filmography attests to your ability to range freely across genres, often using genre as an open container to blend spectacular ingredients with profound and unconventional analysis of your country’s history. In your view, is genre the preferred medium for new contemporary auteur filmmaking?

While Lee Chang-dong and Hong Sang-soo can be described as auteur filmmakers who are distant from genre films, I think myself, Kim Jee-woon and Park Chan-wook share our roots in being cinephile. We started out as film fanatics and the premise of cinephile incorporates a deep attachment or obsession to genre films. So I think the love of genre as a tool/medium for filmmaking is a fair view that can be applied on me, Park Chan-wook and Kim Jee-woon.