Kelly Reichardt’s film will open the 2020 edition, which will end with Jean-Marie Straub’s new work and Collection Lockdown by Swiss Filmmakers 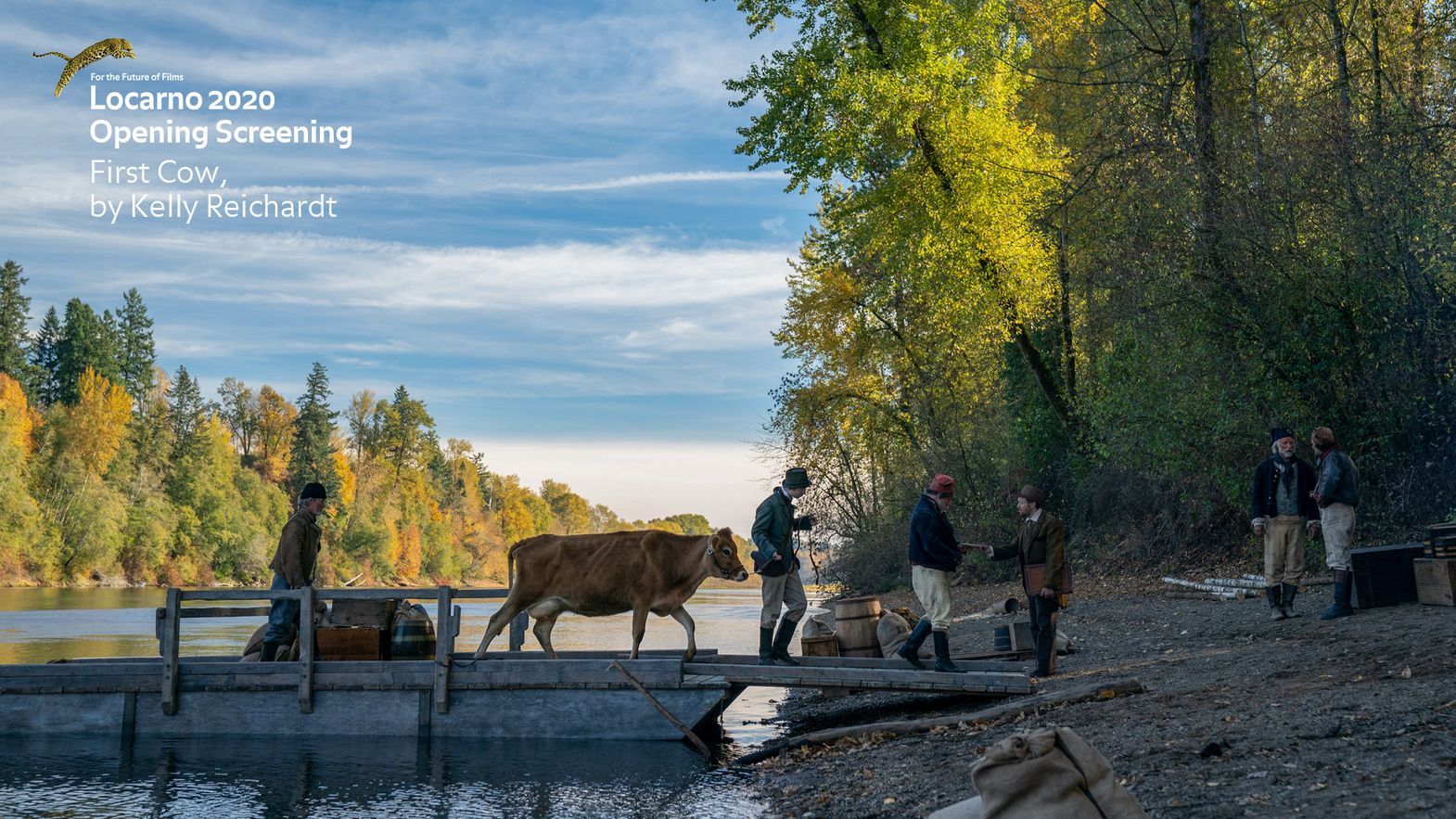 ©Allyson Riggs - Courtesy of A24

Let's start with First Cow. Kelly Reichardt's new film will launch Locarno 2020 - For the Future of Films tonight, and the American writer-director is also part of the Locarno experience as a jury member of The Films After Tomorrow. She will chip in during the opening ceremony via Zoom call from the USA. In the theater, conversely, Artistic Director Lili Hinstin will be joined by the Locarno Film Festival's guests: Ronnie Moretti (Municipality of Locarno), Manuele Bertoli (State Councillor, Director of the Department for Education, Culture and Sport), Hans Stöckli (President of the Council of States), Isabelle Moret, (President of the National Council) and Marco Solari (President of the Locarno Film Festival).

Last February, Kelly Reichardt’s latest film First Cow was one of the final moments of cinema at the Berlinale. Having premiered to raves at the Telluride Film Festival, it was then part of one of the last experiences of collective cinema in Berlin. A few days after that screening, the lockdown hit all of Europe, shutting down film sets and movie theaters, and changed the world. Six months later, on August 5, 2020, the Locarno Film Festival – in partnership with the Centre Pompidou, which will put on a retrospective in her presence from January 23 to February 7, 2021 – will make its comeback with First Cow and Kelly Reichardt, who will be joining us remotely from the United States to interact with the Locarno audience.

From pre-lockdown to lockdown, the closing night of the Festival will focus on a depiction of “confinement”. That is to say, it will showcase a series of films that aimed to look into themes like the changes in man’s relationship with technology, the notion of working from home – applied to filmmaking as well – and the new experience of lockdown itself. On August 15, at 8.30 PM at the GranRex, the Locarno 2020 audience will get to discover La France contre les Robots (2020), the new film by Jean-Marie Straub (recipient of the 2017 Pardo d’onore), and see the short films that are part of the project Collection Lockdown by Swiss Filmmakers. It’s nine shorts, made by Swiss directors who decided to keep doing what they always do, regardless of the means, locations and cast.

The program of the closing night