"We have more than eighty years of history". This, in between pride and responsibility, comes from someone who has passionately dealt with that history. Ariunaa Tserenpil is the name of a woman, but also a synonym of Mongolian cinema. A producer with decades of experience, the wife and travel companion of director Byamba Sakhya, with involvement in the Ulaanbaatar International Film Festival and in the drafting of a new law for cinema, Locarno met Ariunaa in 2019, when she brought Remote Control to the Open Doors Screenings, and again a year later, in the unpredictable summer of 2020, thanks to ZE, the project with which she triumphed at Open Doors, taking home the 40,000 francs of the Open Doors Grant to support the production of the film by Lkhagvadulam Purev-Ochir. “Our first film was shot in 1935 - she says - which means that we have more than 80 years of history and experience behind us; of course, before 1990 it was propaganda cinema, but management and infrastructure were high profile and excellent work was done.”

What happened then?
“Paradoxically, democracy. Interest in supporting the art of cinema ended, the infrastructures disappeared and the entire movement was frozen for 10-15 years. We worked, yes, but we weren’t able to take our films around the world anymore ».

This was at the end of the last century. Has anything changed in the 2000s?
“Yes, there has been an evolution, productively something has begun to move again and although our independent cinema is a very small ecosystem, we have begun to rebuild our film industry, as well as cinemas and theaters. There is still a lack of homogenous distribution, of the kind that could be counted on before 1990, when films arrived everywhere. Today, compared to the 40 screens in the capital, there are no cinemas in the outskirts.”

Now people know that there could also be another cinema, the one we make. You may not like or understand it, but it has every right to exist

What is the urgency of Mongolian cinema?
“To be recognized and supported at the government level. Thirty years after the start of the democratic process, this is the right year; we finally have a real Ministry of Culture. The government saw cinema as a way for diplomacy and international co-productions as a tool to promote Mongolia abroad. He is truly understanding and promoting art and has enacted a law in support of the film industry. That’s all right, it is fine to ‘sell’ the country all over the world, but the number one priority must be supporting the local industry, which has limited funds to say the least. Covid slowed everything down, but the discussion has begun. Are we safe? No, we want to be convinced of every single chapter of the law: we want that support, of course, but that support cannot and must not correspond to censorship. And then we expect transparency: 3 million dollars have been allocated, which is a lot for our movement; we ask for maximum clarity in the distribution of this money. That it is in support of the entire production chain and with particular attention to the support of skills and young novices.”

Is co-production a risk or an opportunity for the local movement?
"It is very important precisely for the growth of the local industry, at a time when it lacks many professions and specialists, for example in disciplines related to sound. We have to grow and mature, so partnerships are welcome for the development of projects, for writing screenplays or for post-production. If we want to make films that travel we need international co-producers. That’s the reason why a project like Open Doors is essential for us. For our world, for our size, it is essential to have someone to talk to, to bring difficulties to by finding advice. Locarno and Open Doors are this: someone who is ready to listen to you, someone who has time for you, in a world that is often brutal and lapidary.”

Speaking of co-productions, what did your husband's Remote Control, co-produced with Germany and the United States and awarded at Busan and Rotterdam in 2013, mean for the movement?
“It was good news. Beyond the story, of a contemporary Mongolia that is beautiful landscapes but also large vibrant cities, it suggested the potential and prospects of the local film industry. I wouldn't want to say it, but before that, in our cinema, there was only the mainstream; now people know that there could also be another cinema, the one we make. You may not like or understand it, but it has every right to exist and to travel the world telling another story. Here, Remote Control has ignited the awareness that there are also other stories.” 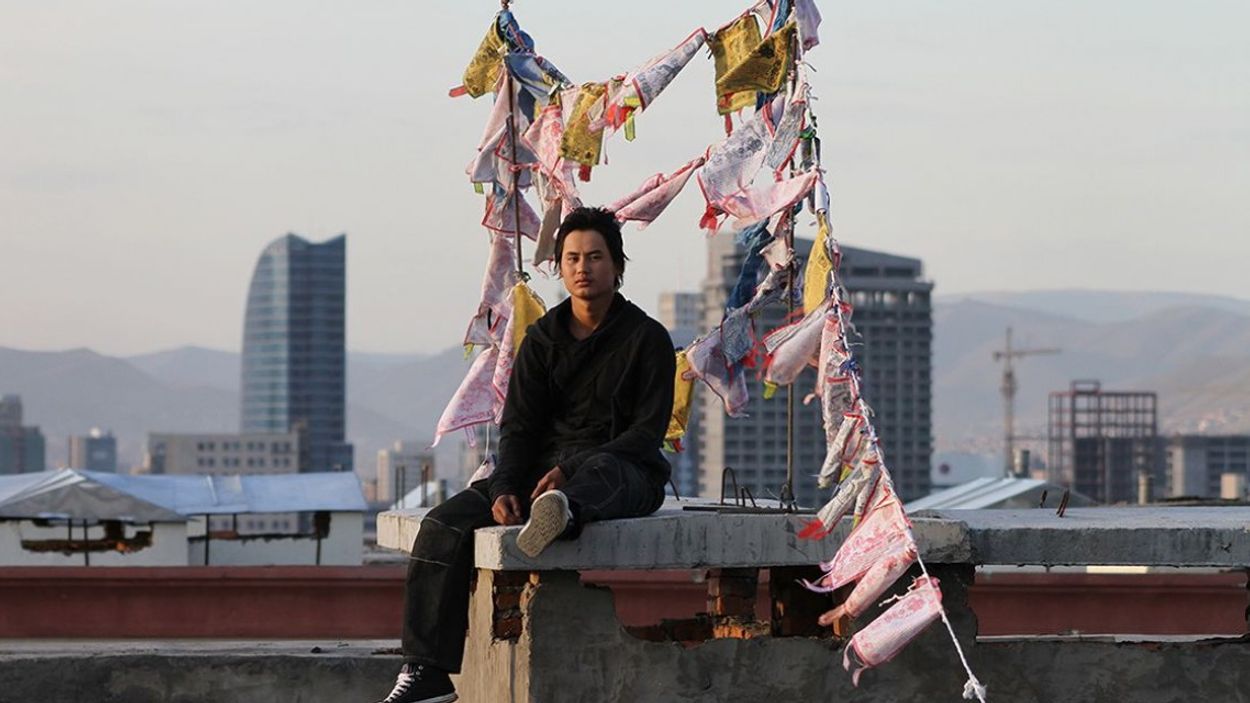 How do you picture Mongolian cinema?
"Vibrant. Varied and vibrant, so that everyone can choose their own, what they want to see, being able to choose something other than the Hollywood mainstream. This is why I believe so much in the support we talked about earlier: in being independent we must accept the fact that everyone has the right to exist, and talk about themselves.”

The new generations of filmmakers arrive after a long gap, a cinematic gap, due to the suspension coinciding with the onset of democracy.
“We must trust these generations, accepting that they are different from us. We must not see them in continuity, but rather as beneficiaries of technological progress, which for them is and will be a huge advantage: they are Mongolian, but they can speak and communicate globally. What we should bring back to them is education, the transmission of who and what we have been: tell them about art, history, literature, visual art; provide them with a great cultural background, tell them that in 1921 we wore only traditional costumes and 40 years later we stood out with opera and ballet. That in 1945 we lost our writing by adopting Cyrillic, and that just thirty years ago we experienced the democratic revolution. In short, ours is a story of strong turbulence, but also of great tradition. These young people, who are experiencing the digital transition today, have forgotten that 80 years ago we were only nomads on horseback. Let's tell them, and then let them telltheir stories.”

Read the interview with Lkhagvadulam Purev-Ochir