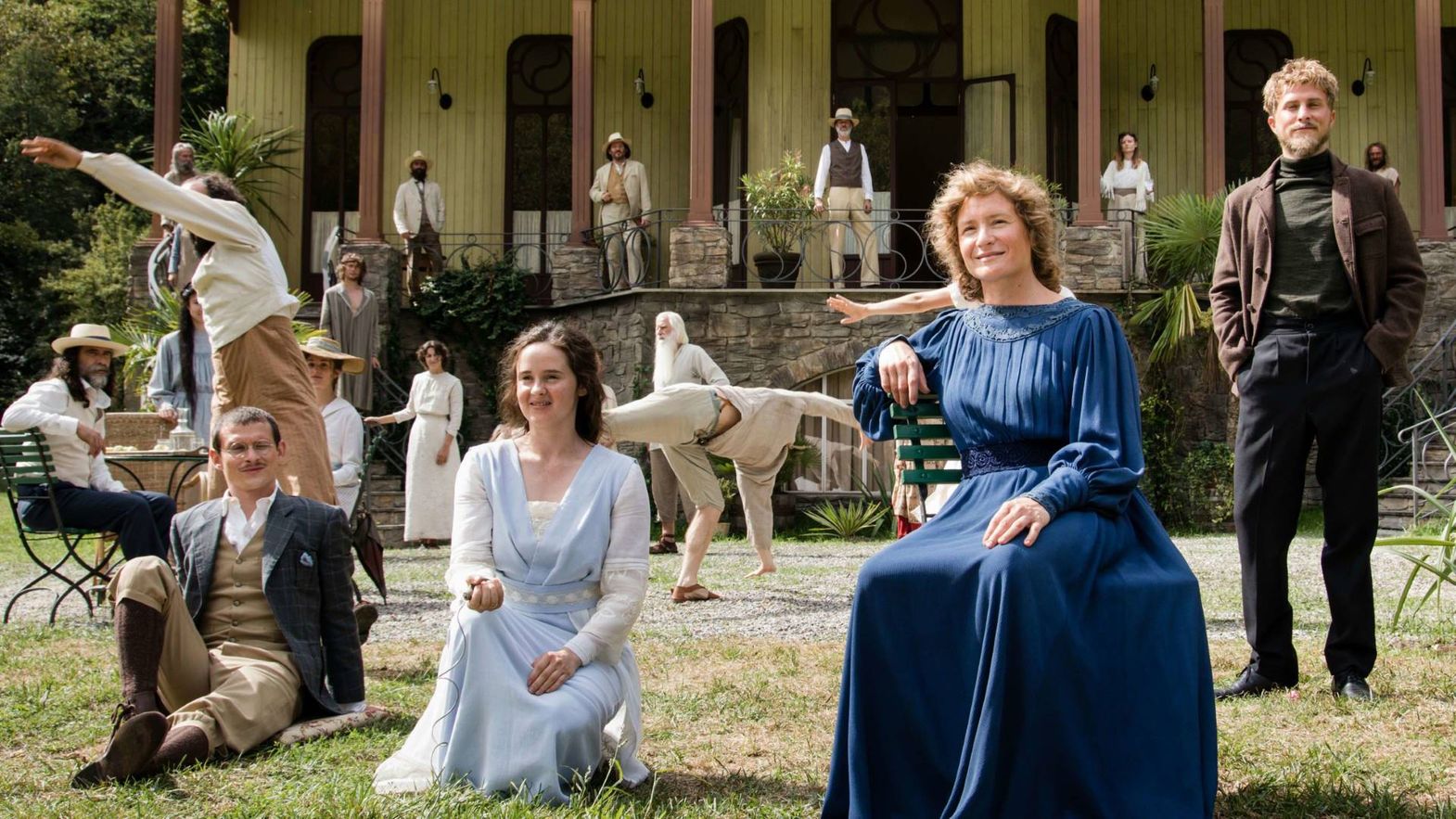 The story of Monte Verità had to be told, some day. But how? Which was the key to evoke an emotional and intellectual climate that gave life to a series of transformations bound to renew ways of thinking and habits, besides the approach to medical sciences? Monte Verità is many things and Stefan Jäger, along with his collaborators, chose to tell its story through the exemplary perspective of a woman and describe aspects that still play on our daily sensibility. This was Hanna Leitner, interpreted with extraordinary emotion by the sensitive Maresi Riegner, around whom revolves a crowd of historical characters that entertained a deep relationship with Monte Verità. Hanna, a woman running from an authoritarian husband who stifles her just like the corset she is obliged to wear and abuses her without ever giving her any pleasure, goes for what was meant to be a short visit to the proto-commune hoping she will regain control of her nerves. Here she meets figures such as Ida Hofmann, Otto Gross, and Hermann Hesse, played by Joel Bassman.

The film is based on a mystery. That specific period of life in the commune was photographed by a person who has remained unknown. The intuition of Stefan Jäger and co-writer Kornelija Naraks, who also consulted with historian Andreas Schwab, is to attribute the photographs to Hanna, as if learning to watch the world and capture particular moments of it were her own process of learning and therapy. The cast includes Julia Jentsch (in the role of Ida Hoffman), Hannah Herzsprung, and Max Hubacher as Otto Gross. Filmed in Aurigeno, Vallemaggia, with one scene shot in the Casa Anatta, Stefan Jäger’s Monte Verità is a film that by reevoking an exemplary story of yesterday reflects on our historical present.