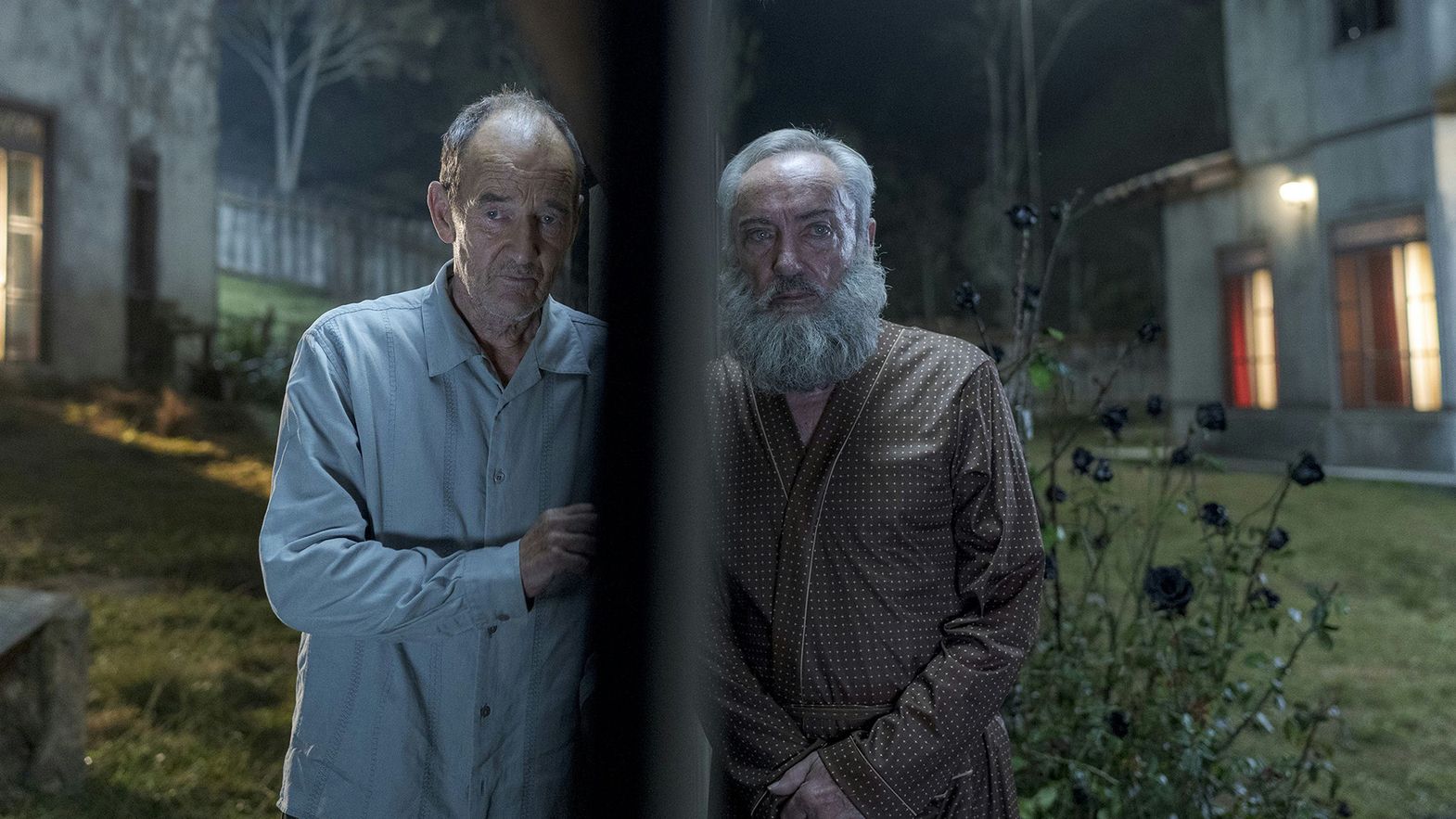 A wooden fence marked by time. A border that divides two decadent houses in the Colombian countryside of 1960, but also two opposing universes: that of the victims and that of the executioners. On the one hand, a gruff and lonely elderly Polish Jew, who survived the Holocaust, the only one of his family. On the other hand, a newly moved-in German, who according to the former is none other than Hitler himself. He recognizes him by his eyes, by the look of ice that he crossed decades earlier in Berlin. We are in Argentina in the days when Mossad kidnapped Eichmann to try him in Israel.

An investigation carried out with all energy to prove his strange theory with objective evidence becomes, from that moment, his only purpose in life. Obviously no one believes him, not even at the Israeli consulate. He tries to interact with the newcomer to confirm his suspicions, but how does one approach absolute evil? The initial tension-filled exchanges melt into the shared love of chess. The two seem to venture to the brink of friendship, a moral abyss represented for the protagonist by the risk of identifying a shred of humanity in his worst enemy, whether it is Hitler or the German people.

That staged by Israeli Leon Prudovsky is a universe suspended in the impossible attempt to overcome the impossible by overcoming the incurable wound par excellence of the twentieth century: the Shoah. A universe in which the remote past, the memory of those who were there and now are no more, is the only vital element that allows the protagonist to face the present, perhaps thanks to family tips such as breaking up eggshells to make rare black roses bloom with maximum splendor. The devices used in My Neighbor Adolf are the noble ones of the Yiddish tradition: pain and ridicule, absurd and grotesque, with glimmers of unusual sweetness, like a nighttime chat between the two close friends / enemies, in which sharing passes of the Proustian flavor of a pickled cucumber, capable of recalling a cultural and daily closeness. A delicate balance maintained also thanks to the mastery of two interpreters in a state of grace such as Udo Kier and the Scotsman David Hayman, who returns to play a Jew who passed through the extermination camps after The Boy in the Striped Pyjamas (2008).