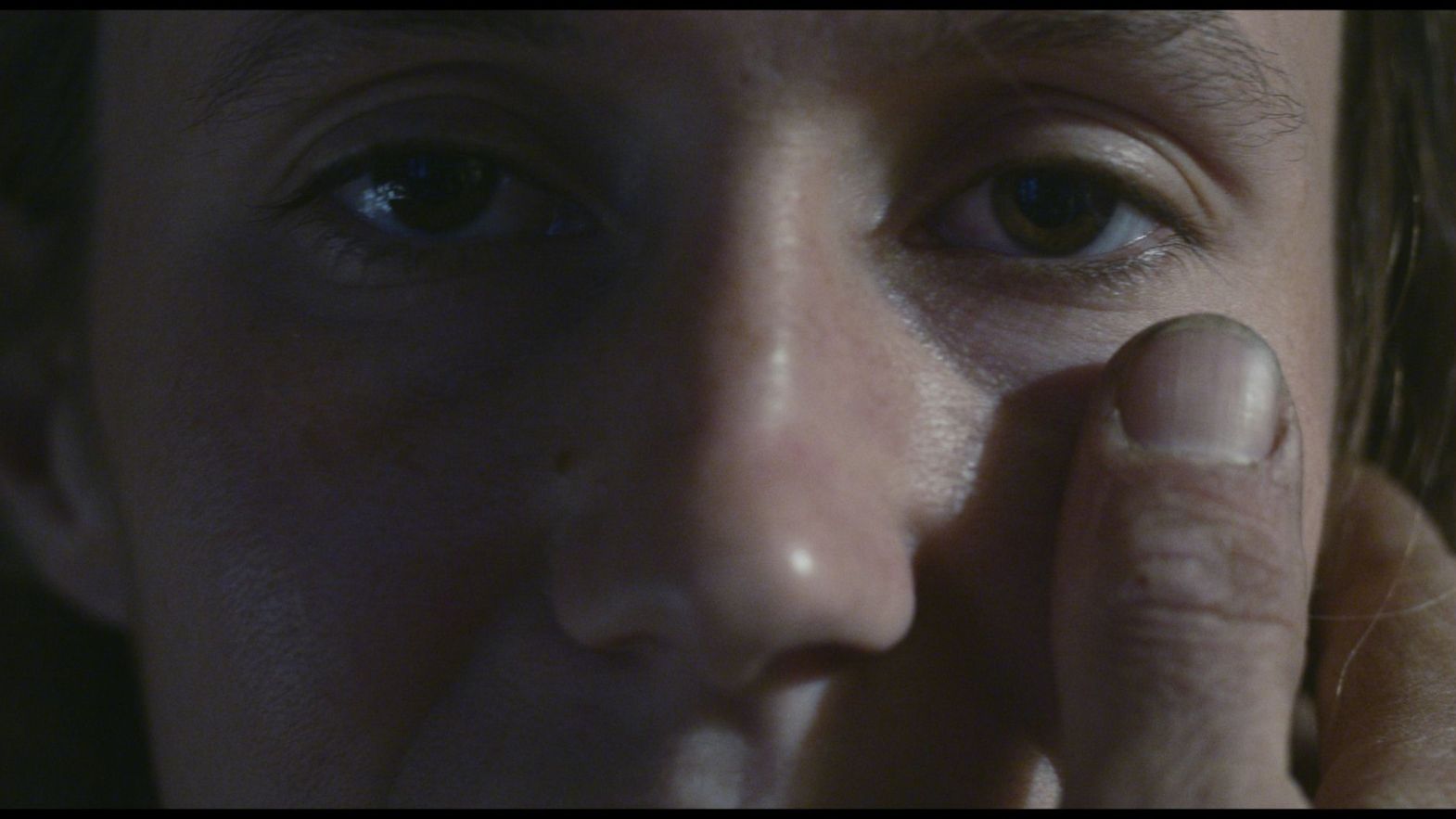 After finishing a job on a Texas oil rig, John returns to his home town in Mississippi. Here he has to confront his grief after his girlfriend’s death. The ghost of the pandemic hangs in the air, radio shows send out desperate, apocalyptic messages. Alone in a big and empty house, John tries to distract himself from his excruciating pain. He spends endless nights in front of his laptop, surfing the net to look for some signs of online life. He gives in to the dark serendipity of a ride on Chatroulette. He indulges in the compulsive mechanisms of a dating app: scrolling left or right, yes or no. Whether protected on the safe side of his computer screen or during a small number of in-person rendezvous, what John ends up meeting is an equally traumatized society, a silent crowd of ghosts fighting against their own grief from inside their own, very private breakdowns. But it’s only through these series of unlikely meetings, a gathering of wounded souls, that John slowly starts to understand that healing comes at its own pace, and that grace might just be round the corner. Love Dog, Bianca Lucas’ atmospheric and quietly heart-wrenching debut feature, convincingly portrays the anatomy of solitude, the depths of a human being who wanders through a country that looks as lost as him, confused, in need of reassurance, looking for an embrace. It’s a beautifully-shot, perceptively-nuanced mood piece that subtly comments on the plight of our private and collective identity by chronicling the inner journey of a man in crisis. However, Love Dog never feels hopeless. Quite the opposite: it aims to capture those small gestures and uncanny resolutions that gradually suggest a reconnection with life. Ultimately, Love Dog is a film about the very human need to talk, to share, to tell the others about ourselves. It’s a film that reminds us that we were not made to be alone: “I just needed somebody to talk to,” candidly says the teenage girl who John meets in a stark hotel room in one of the film’s most wonderful scenes. Lucas’ debut is as bold in its emotional construction as it is deceptively simple in the narrative juxtaposition of moments that punctuate John’s grieving process, like a walk on tiptoe that silently builds up and finally reaches impressive emotional peaks. If this result is so successfully achieved, it’s also thanks to the astonishing, fearless work by lead actor John Dicks, who blesses the screen with a towering performance, totally unafraid to explore male fragilities and the dark places of the soul.