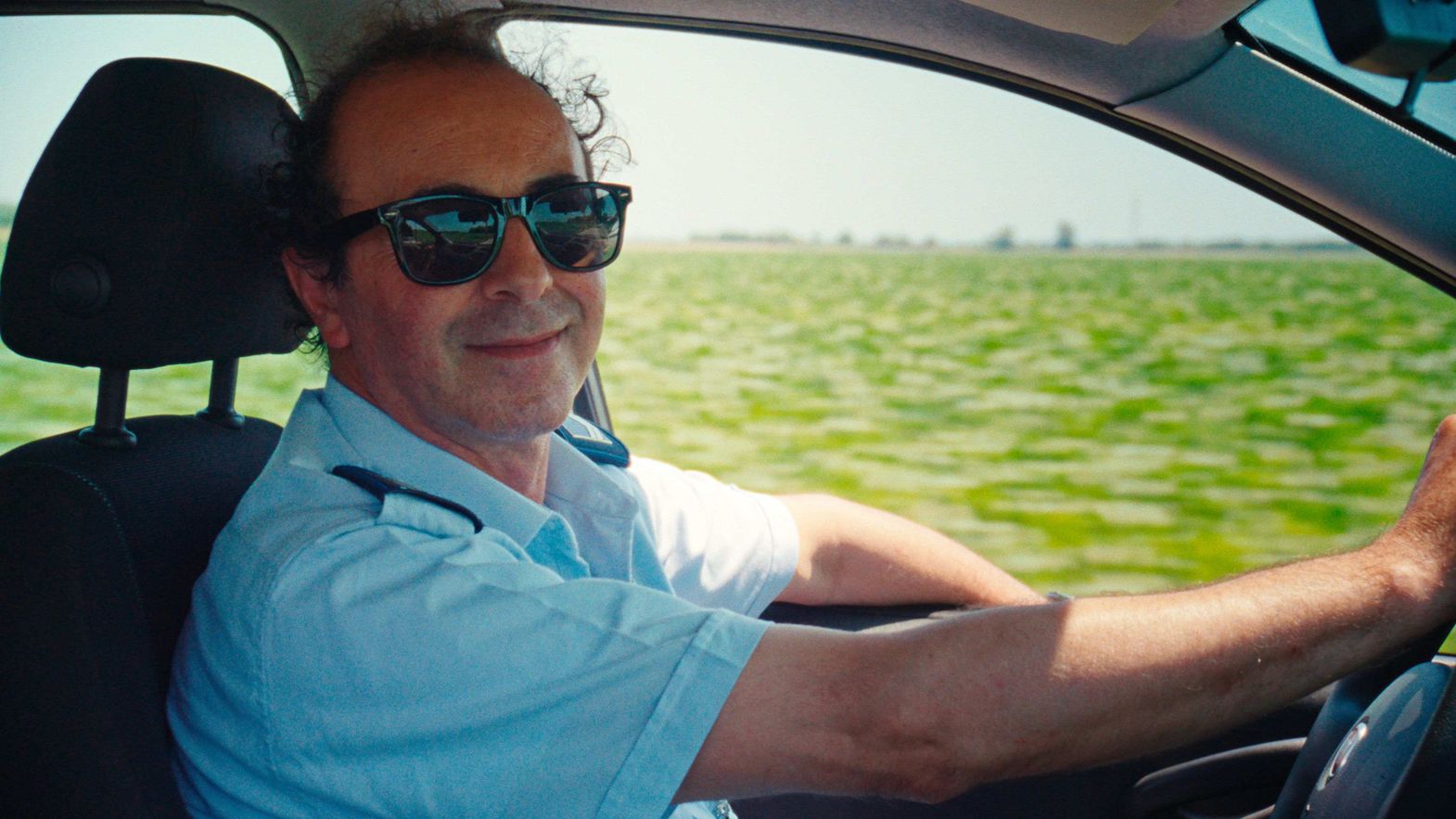 Something strange wanders through the narrow streets of San Michele al Tagliamento, a village in the North-East of Italy. A belligerent neighbour wants to obtain justice for the untamed forest across the road, a person is found dead next to the train tracks, a strange individual wanders the country lanes in a sinister manner. It could be the beginning of a noir, it could result in a contemporary western or perhaps open up to a romantic escape.

In this cinema of the possible, or precisely in the possibility that cinema – the real one – learns from the elusiveness of life, Gigi la legge, the new film by Alessandro Comodin, who this year returns to the main competition with his third feature film,  once again produced by Okta Film. A storyteller of fragile and unforgettable heroes, capable of captivating audiences by laying bare their weaknesses with disarming honesty, rather than demonstrating their strengths, Comodin returns to his homeland working with a familiar character, a modest provincial policeman, romantic and lonely, struggling with a society that seems to reject him for his small eccentricities, apparent reflections of his seeing the world through a different lens.

Beginning with the first memorable scene, in which Gigi argues with a disgruntled neighbour over his overgrown garden, as a film in which off-screen becomes the linguistic form to translate a creeping paranoia that veils relationships in contemporary society, Gigi la legge takes the shifting forms of the cinematic genres that have always influenced border life. But everything in the meandering movements of this middle-aged policeman, who likes to sing and fantasise while chasing would-be enemies, translates into an awareness of being alone in the face of destiny, whether it be the horizon now denied by the height of the foliage, the woman as a dreamed of but unattainable alterity, or the unfathomability of the human heart that is sometimes so far removed from the lucidity of the law.

A caress and a song lead back to a new possible path, which even if it is one already travelled so many times (and which does not lead to the longed-for sea shores), opens up to that unexpected delight of the moment when two voices meet.

Curiosity
Alessandro Comodin was winner of the Pardo d’oro in the section Cineasti del presente in 2011 with his film L’estate di Giacomo.