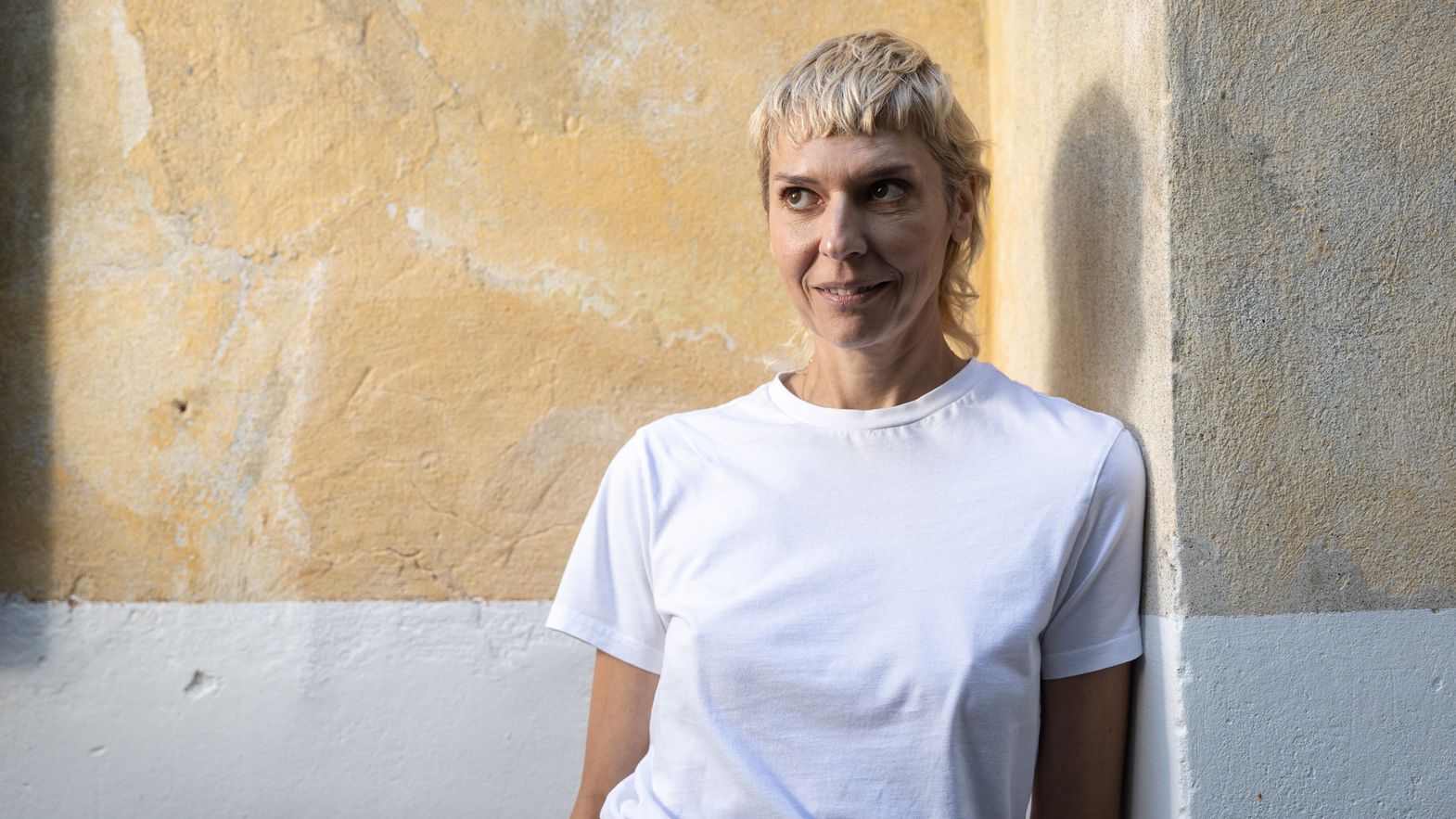 Last Dance tells of a couple as the time passes, relentless, but their love remains.

I wanted to tell a story about a light and fun grief processing. The heart of the film had to be movement. Coming from live entertainment, I felt the need to tell what I had experienced through contemporary dance, which allows a very democratic use of the body. It's like in the movie Ratatouille (2007), in which it’s said that everyone can cook: contemporary dance allows everyone to get on stage. The protagonist, François Berléand, is a bit like my little mouse. I imagined an elderly person who at the beginning of the film was limited in movement, then surprising freed when he starts dancing.

La Ribot is the choreographer of the show, as well as playing herself in the film.

With La Ribot we researched pieces from her repertoire that were suitable for the dynamics of the character. Moments that resulted in absurdity but were also very serious, swinging between two extremes typical of contemporary dance, which can be very intellectual but also really funny. The sense of humor is also very present in the work of La Ribot, so as to make it unique among her colleagues. I particularly like the fact that she has a strong personality while being hilarious. I also think she's a good actress. In her choreographies she always starts from the specific characteristics of each member of her company, composed of very different people in physique and age. She is always looking for this variety that enriches her shows.

How did you work with the protagonist, François Berléand?

I am really pleased with the delight with which he gave heart to the character, with such generosity. I think what worked very well in the meeting between the dancers and the movie camera is the fact that everyone had a lot of desire to meet and build together a sort of giant film crew during the shooting.

The family suffocates the poor widower, who seeks complicity elsewhere.

Cinema is not a solo endeavor; it is a collective adventure. The theater then becomes a family, thanks to its complicity it gives emotions. I found it good to tell how suddenly his immediate family weighs on him and instead he receives something else and unexpected from a new family. It is a precious gift that art can give. It is in the relationship with others that you change and become better, a bit like what happens to Germain.