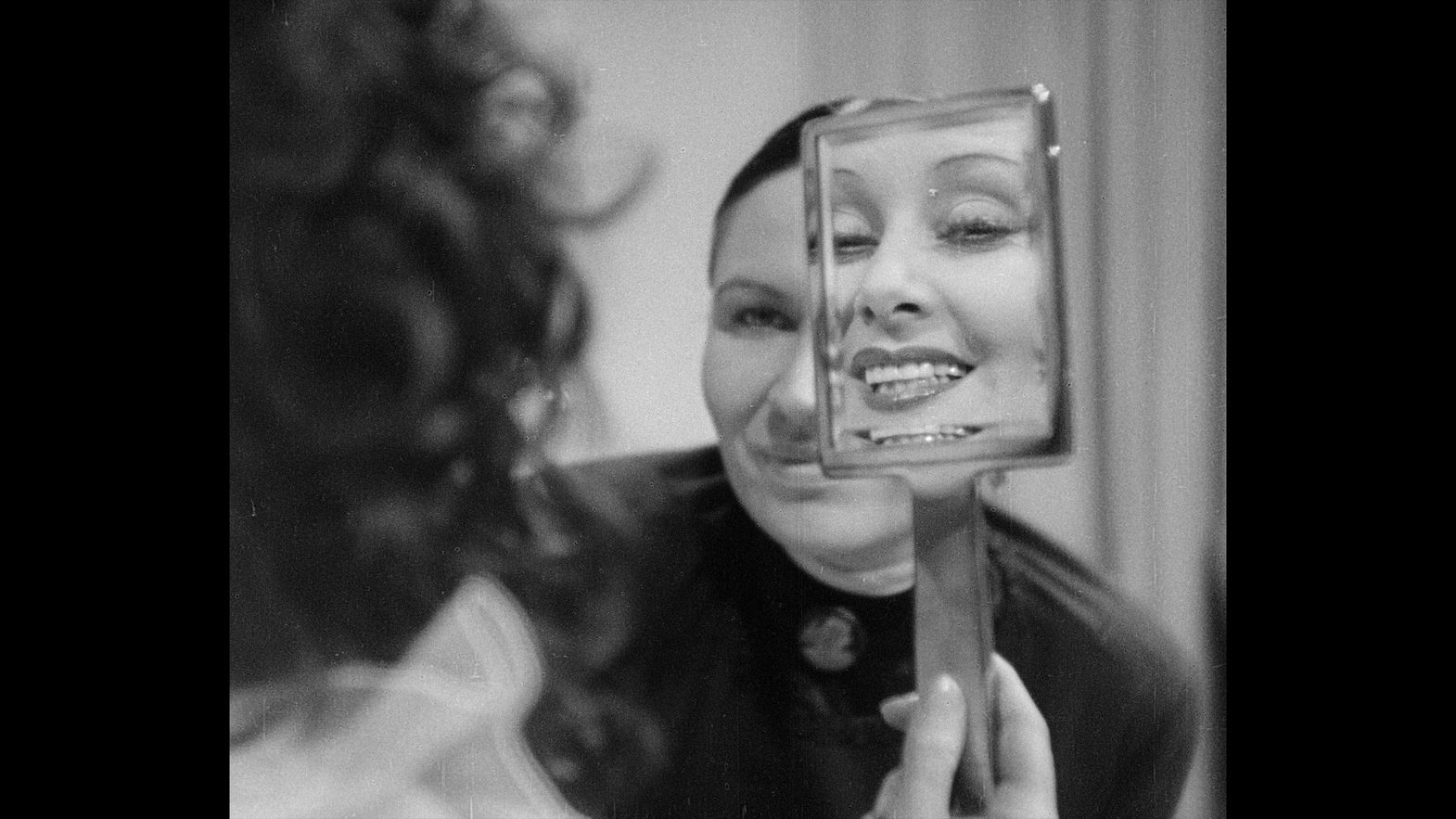 Schlußakkord (1936), one of Douglas Sirk’s German films (signed Detlef Sierck) produced during the Nazi period, presents two inventive lines that often marked the enthusiasm of the studio films of the 1930s: the formal aspiration reminiscent of the various avant-gardes of the 1920s, which still uses the union of shots as a free zone for experimentation, and also, the increasing mobility of the camera as a technological development to be explored to its fullest in sets and scene compositions, pushing the film’s resources to the limit. Sirk stated that, during the making of Schlußakkord, he began “to understand that the camera is the main thing here, because there is emotion in the motion pictures. Motion is emotion, in a way that it can never be in theater” (in Sirk on Sirk by Jon Halliday).

As the title suggests, the music is the heart of the film and unites the narratives that at first are presented quickly and disjointedly as a series of graceful excerpts. Mr Garvenberg is an orchestra conductor and his wife, Charlotte Garvenberg, disputes the man's attention with music and work. She starts having affairs, and her husband decides to adopt a child as a way of solving the problem. At first disjointed, the second story concerns a poor young German woman named Hanna who gives her baby up for adoption and emigrates to the United States to live with her husband. After the man's suicide, she returns to Germany in search of the child, who by that point has been adopted by an orchestra conductor.

In the first scene of the film, in the midst of a carnivalesque collage in the United States with dancing legs, drinks, masks, music, which finds its own rhythm and flow, a drunk man finds another man strangely seated and motionless on a park bench, as if performing comically with his hat down in front of his face. After a few glances and attempts to approach the man, the static body reveals itself to be dead; it is the husband who committed suicide. This scene already sets the tone that will reverberate throughout the film. The later sequences also maintain a relaxed, performing and stimulating tone among the cast. Sirk films actors performing characters like Brecht. In addition to the focus on music, the film includes theatrical scenes that sometimes accompany the orchestra and other times create narrative parallels with the characters' emotions, making theater also a theme. In this way, the film becomes not just a celebration of music, but of art as a whole.

The music interconnects the intrigues, establishing a plot, as if finding order amidst the polyphony of situations. The comedy of bouncy, graceful, sometimes naughty acts, sometimes full of sexual appetite, slowly turns into melodrama (Sirk's first attempt at the genre that he will later dominate, especially in the United States). The film lightly touches on difficult themes: parental abandonment, suicide and depression.

After the death of one of the characters, everyone gathers in a courtroom for a sequence that forces them to measure their acts, acts that were until then festive and slight, applying their due weight in a collective oral review. In a series of twists and turns, the film delves deeper into the psychological interactions of the characters while also proposing an epic, quick-fire way to review the events of the film that is both ironic and comical in its own right.

The film very artificially glorifies the miraculous power of music and its reverberant radio amplification, diegetically using music that was respected by the Nazi regime. On the other hand, the artistic celebration brings the craft to the surface in a subversive and anti-illusionist way, as a ludic manifestation, a pure game, which should not be taken too seriously, clearly separating art from life, remembering even the festive theater of Yevgeny Vakhtangov. The joyful, radiant music is used in a subversive way, still fascinating but not alienating, never disguising its essential irony.