Home of the Brave | Piazza Grande 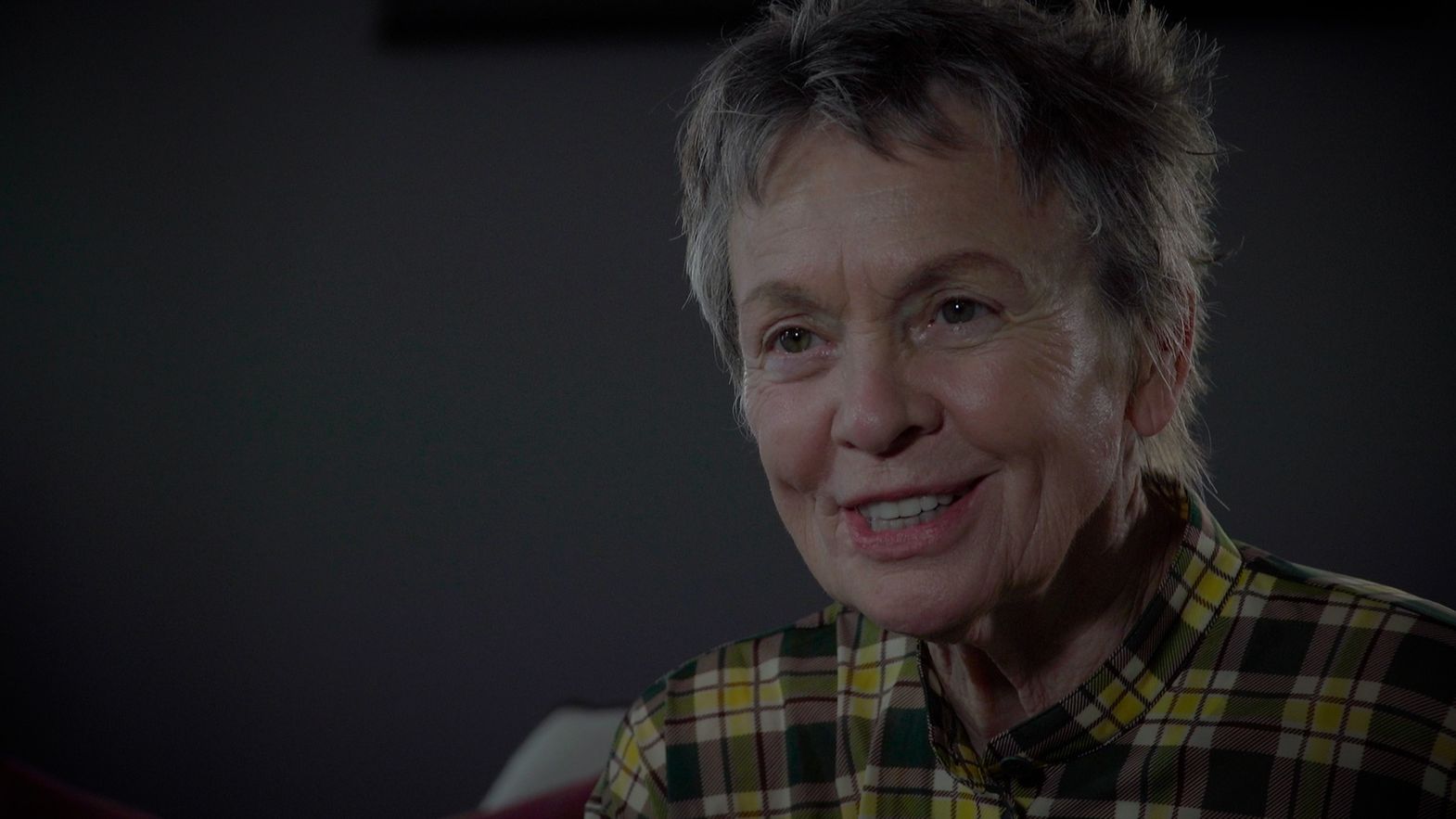 In your career you have used and crossed so many forms of art and media. Is there a Leitmotiv that connects all your performances throughout these years?

Stories. Short story-telling. It can be music, paintings, sculpture: there is always a story. Sometimes it can be tricky to get a narrative onto sculpture, so I felt it was my challenge and I made talking sculptures. I used different scales, sometimes they are little like almost fake holograms, other times huge, eight times the height of a human being. But you always have to come in and listen to what they are saying.

So, who are the storytellers that inspired you the most during your career?

Many. In films, at the moment my favorite is Miracle in Milan (1951) by Vittorio De Sica, a series of short stories linked together, with the overarching story of poverty and structured society. This is the reason for example I did a lot of portraits of countries, in that shape you can find a lot of stories about politics or love.

Today your concert film Home of the Brave is going to be presented in Piazza Grande: what did you try to convey to the audience in 1986 and what do you think it’s still relevant in 2022 about your opera?

I am very curious to discover it! At the time Home of the Brave was about joy, music, moving around, a lot of stuff. I must confess I haven’t seen it in a while. This new print is very beautiful. On that level I am very happy because when you make something and it goes through all kinds of format transformations eventually you look at a very crummy video and end up asking yourself “Oh, is that what I really did?” I really cared about projection because in my show there was a lot of film. Filming film is difficult, filming film in front of people is tough. Concert movies have a lot of different audiences, the one at the show and the film audience. It isn’t really fun watching other audiences all the time, you want to be the only one! That said, I don’t want to be critical; I’ll see what happens when I see it!

You moved to New York when you were about 20: what did the city offer to you in terms of craft and performing your art during all this time?

So many things, but it wasn’t just New York. Actually, it was a lot of places because at that time many of us were leaving New York City because there weren't a lot of opportunities to do experimental things. There were more opportunities in Germany, Italy or Denmark, they had more of a structure. I learned a lot doing performances in a language that wasn’t necessarily English. There was this network of cities like Rome, New York and Berlin that had this kind of communication, I mean the cultural connection of the cities rather than the countries. I benefited a lot from putting art in different places and not just in New York. That’s how we all learned, by doing it.

Can you pick three moments or performances in your career that you felt were important steps forward for you as an artist and as a person?

The first was called New Music New York, and that was something like ‘78 and it was the first time I really felt connected in a deep way to other musicians in New York. I think it had a lot to do with clothes somehow, you know, everyone was suddenly wearing all black because everyone had been wearing white. We kind of come out of the 1960s still with a lot of interest in Buddhism and particularly in radicalism. When I was a student, I was not sure I was going to be an artist. I had decided to be a radical. In other words, just somebody in buildings making trouble. And I still have that ambition in many ways, although it's such a different social scene. Another time was when I did a concert in Town Hall in New York, and this was just three days after 9/11: people had yet to come out, it felt very much like a political center at that point and a place where people came out to meet again. And the most recent was during the pandemic at a big place in New York called the Park Avenue Armory, a show called Party in the Bardo. And that turned out to be almost a kind of requiem for New Yorkers who had died during Covid.