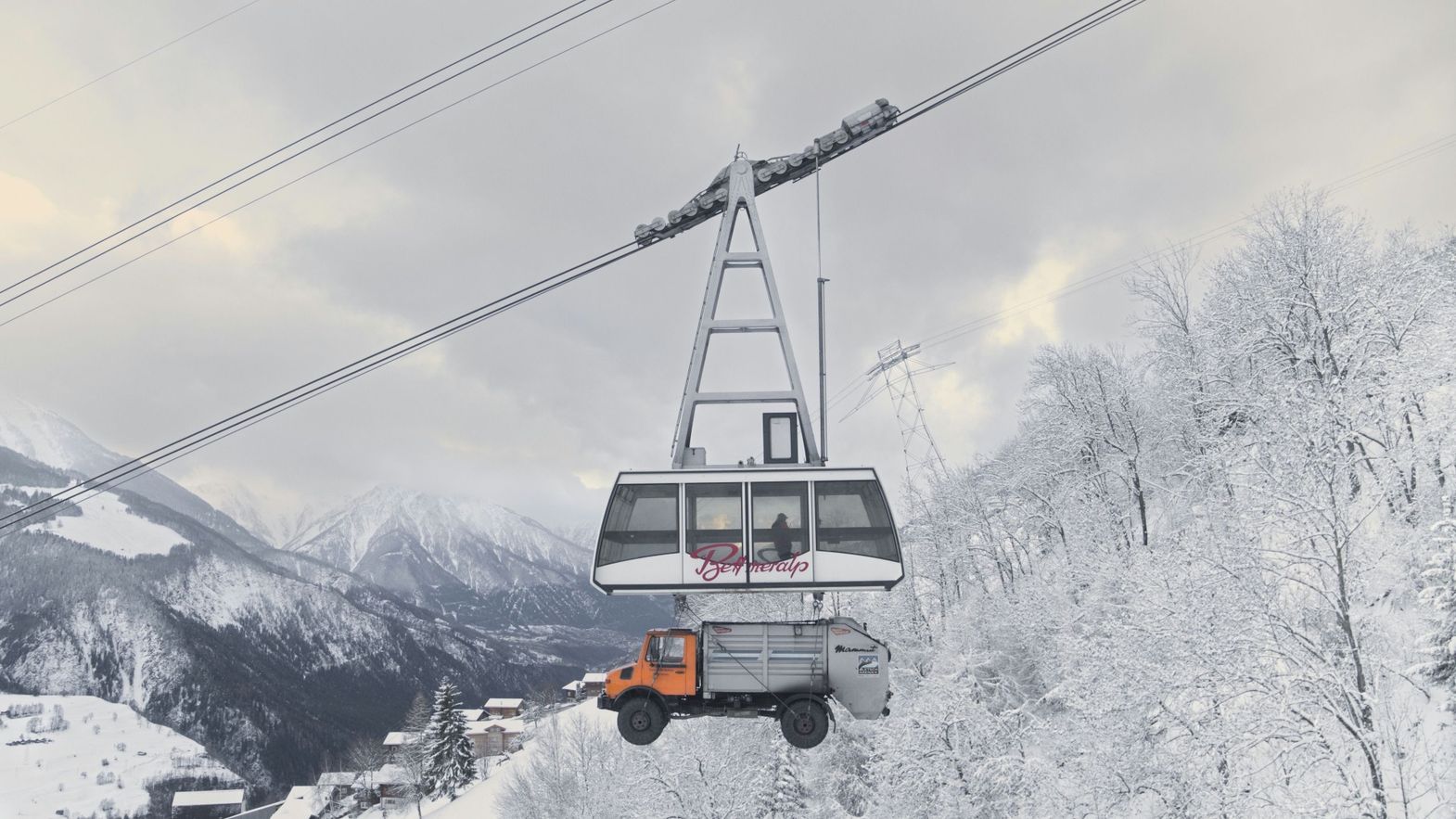 What does waste sound like? Where does it live, where does it travel? Why is it here? You will not find answers to these questions in Nikolaus Geyrhalter’s latest documentary Matter Out of Place (2022). What you will find however, is garbage on beaches, trash on mountains, waste at the bottom of the ocean and matter out of place hidden right under our feet.

This is a film that tries to understand who we are as humans by looking at garbage.

A soda bottle floats down a river. On the shore there are no more pebbles in sight, covered by a carpet of plastic fading in colors. The wind is rustling through the trees that are wearing plastic bags instead of leaves. You can hear birds. Skillfully the waste is wrapping itself around the branches, inclosing its host as if it wanted to take on its shape. The image would seem serene if it wasn’t for all this waste that is just sitting there, aimlessly waiting, slowly suffocating the landscape.

Matter out of place or MOOP for short is a term that describes “any object or impact not native to the immediate environment”. A shapeshifting material and still a mystery to humans, it is being moved from place to place, buried in holes, burnt on beaches or getting stuck somewhere in between. Just like in this riverbed.

In its endless movement and the constant contradictions, the film wants to evoke associations rather than explain all that is strange. We move from images of birds flying over landfills to a garbage truck that is being carried up the Swiss mountains attached to the bottom of a cable car. Even through this is mostly a portrait about our waste, the film also shows the people that are cleaning it up, whether it be a group of volunteers in Albania or employees of an exclusive hotel in the Maldives.

Geyrhalter doesn’t see himself as an activist. He doesn’t want to solve riddles, offer solutions or point fingers. He sets up his camera and lets reality unfold in front of us. As such, the images in the film don’t follow a clear narrative, but seem to be in multiple places at the same time. Just like the waste itself, the images are stuck in an endless loop: we see lines of trucks filled with garbage, mountains of waste being cleared away and piled up again in a different place.  We see waste being transferred from a rickshaw to a garbage truck; being shipped across the ocean; left carelessly in nature and carefully picked up again. We see people burying waste while others are sweeping the desert.

Matter Out of Place is a snapshot for the archives. It reflects the world in the way we’ve left it at this moment in time. Maybe it will answer questions from the future, reflect on how we used the knowledge that we had at this point in time, what we had access to and what didn’t exist yet. Maybe by then we will have found a place for all of our garbage.