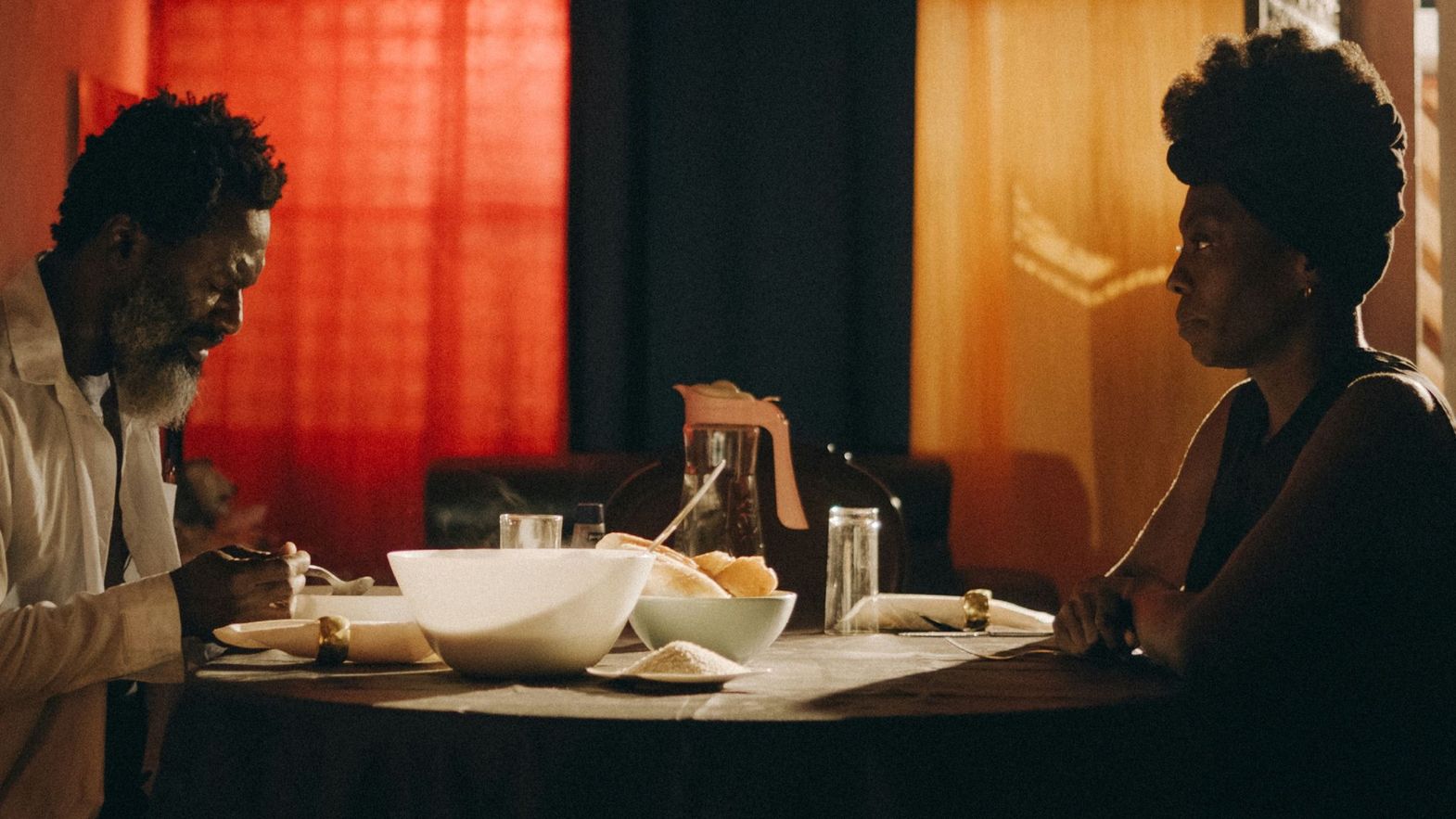 Luanda, capital of Angola. A complex environment that embraces different eras and countless ways of living within a space that is both post-colonial and neocolonial. Here, various characters navigate the city's doings. A grieving mother who "loses a dream each night". A tormented barber who starts a new sect. A street child wandering in search of revenge for his lost friend. Radiating its incredible ascendancy on all of them, a peculiar plastic figurine of Our Lady, brought to the neighborhood by a Chinese merchant. It is the voice of the merchant, alienating and captivating, to act as a narrative throughout the film, with poetic phrases in Mandarin that describe what we see, but always aim to suggest something beyond the visible. Power, family, revenge. Resentment, greed, torment. Abuse, violence, death. Ghosts, politics, faith. Many lines and many themes are intertwined in a film that is a shining example of African – and precisely Angolan – cinema that manages to be eminently contemporary without resorting to any miserable cliché. It is a film firmly anchored in the present and at the same time purely abstract. It shines with its singular aura, at the same time factual and suspended, which is added to a film that is both a constant mystery and a precise description of a city and its inhabitants. It addresses, among other things, the pressing issue of the new Chinese colonialism in Africa by exploring the spiritual influence it is exerting on the population: it is in fact around that sacred plastic object, made in China, that the actions of the characters gradually unfold. Nossa Senhora da Loja do Chinês (Our Lady of the Chinese Shop) is the first feature film by Angolan filmmaker Ery Claver, and is also the new product of one of the most vibrant and interesting cinematographic realities of the African continent, Geração 80, (more than) a production company that is committed to making independent and auteur cinema, increasing the fame of Angolan cinema at home and abroad. The goal of the group – actually a collective of filmmakers who collaborate in a participatory way on each other's projects – corresponds with what Ery Claver did with Nossa Senhora da Loja do Chinês: to tell true Angolan stories, a country at the crossroads of different cultures and experiences, embracing the surreal nature of a plight that goes far beyond fiction.