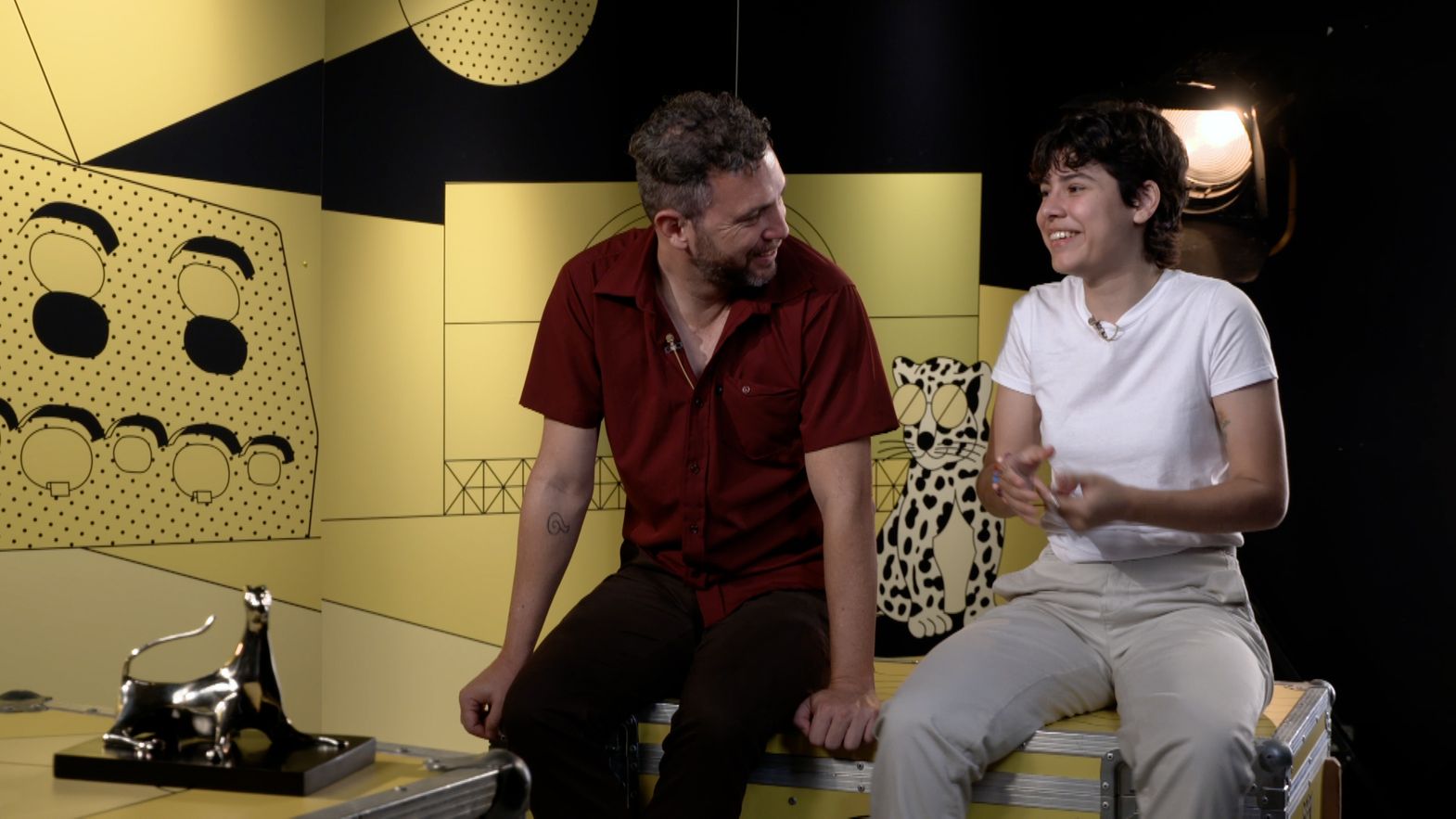 What attracted you to the story of Tengo sueños eléctricos, in which your two characters have a very intense relationship?

Daniela Marín Navarro - I was shocked when I first read the script. I really liked my character, I believe it's easy to identify with, not just for me but also, I'm sure, for many girls.  It is authentic as it is, without pretense. Eva is powerful, with her life of ups and downs, in which she tries to live with her father. She's not one of those teenagers who don’t care. She is facing a very important phase of her growth, her relationship with her father I liked very much. They really love each other, in a non-superficial way.

Reinaldo Amien Gutiérrez - We wrote the script two weeks before we started shooting. The knowledge of the character was slow and meticulous. What attracted me the most is that Martín is not black or white.  He’s not just violent nor is he only affectionate.  He swings between these two opposite poles and as an actor he was inspiring.  It's a very big challenge, you can't exaggerate or minimize.  I had already worked with Valentina, I know her, and I knew that just working with her is a great challenge.

For you I imagine it is a particular emotion to win both the award for performance, with Valentina Maurel best director.

RAG - It was a team effort, we were a team from the beginning. In the process of investigating the characters we have always worked together. During filming, Daniela and I always had a special connection. It was therefore really significant for us that the prize is not given to just one person but to all three.

DMN - It was really special to win all three. Valentina never left us alone during the shooting, she always helped us. We were a team, made up of all those involved. When a scene worked we knew, we were so close. When we heard about the award we hugged. It was amazing.

What do you remember about the presentation of the film here in Locarno, the reaction of the audience?

RAG - The first time we saw the film was here in Locarno, so the impression was very emotional, also for the memories that bound us to the shooting.  We had to watch it a second time, without all the emotion. Most people loved it, so we realized that it was a powerful film, which related to people.  We felt it on the street, when people approached us to greet us.

DMN - I felt very vulnerable during the screening, as the film was really personal. In my case it was the first time I had acted so I was very agitated. I remember something funny, the fact that no one recognized me because I have very short hair, different from the movie. At the end of the screening a gentleman came to us, recognized Reinaldo and told him that the film was really beautiful and had moved him. He asked him if the girl was here, while I was sitting next to him. When I told him it was me, he hugged me. It was a very special moment.

Now you are united not only by the all-encompassing experience of the film but also by winning an award at Locarno. Tell us one quality about each other.

DMN - Reinaldo is very patient, for me he was like a father, he always supported me.  He's a professional actor, he's very good, but he doesn't put on airs and graces. He loves to do what he does, he taught me a lot and was always in a good mood. Even when we had to redo a scene many times he encouraged me by saying that the next one would be the good one.

RAG - Daniela is now a completely different person. She’s like a small sleeping volcano with a lot of strength inside. The volcano exploded.  She faced everything with a lot of courage and energy. This is what surprised me the most. I feel that this internal strength that she now has, which she showed in the film, is the reason why people are moved by her.