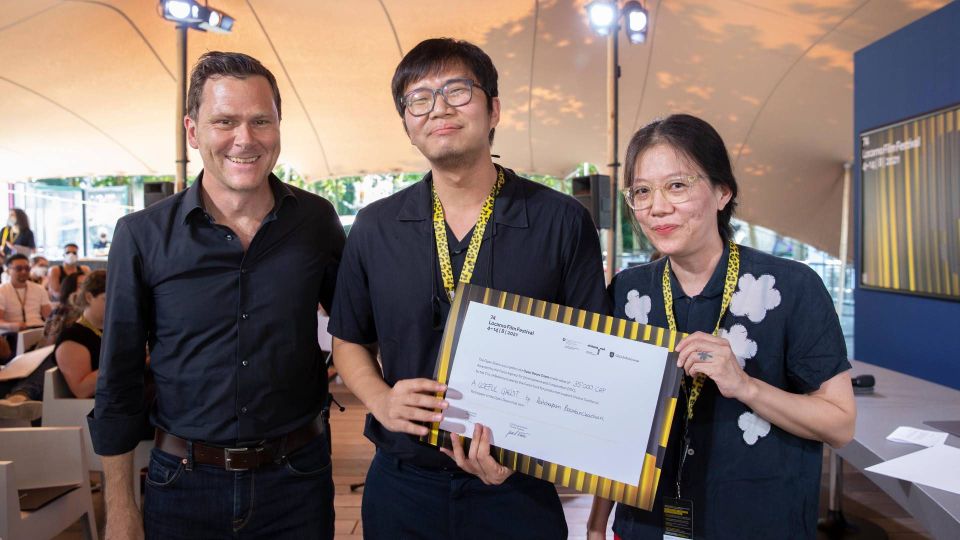 The Open Doors Jury awarded the following prizes to projects in the Open Doors Hub, with the aim of fostering their development and production:

Open Doors Grant: a prize offered by the Swiss production support fund visions sud est (backed by the Swiss Agency for Development and Cooperation, SDC) together with the City of Bellinzona.

Open Doors – Sørfond Award – a prize to participate in the Pitching from the South platform of the Norwegian fund Sørfond to:

The Open Doors – FAI Producers’ Grant was launched in 2021 with the contribution of Fondation Assistance Internationale FAI and aims to be a concrete incentive to the development and promotion of the international career of one or more producers selected for the Open Doors Lab. The prize consists in a grant to participate in international programs and the guidance of a career coach.

Open Doors - Rotterdam Lab Award
– one of the Lab participants is offered the opportunity to take part in the training workshop Rotterdam Lab 2022, together with a delegation of emerging producers on the international scene, in collaboration with IFFR Pro:

Open Doors - Moulin d’Andé-CECI Prize
– a writing residency offered to an emerging director of full-length features who took part in Open Doors 2021 (Hub, Lab o Screenings), enabling them to continue working on writing and development of their project:

Awards were also attributed to short films selected in the Open Doors Screenings section, by the Cinema & Gioventù youth jury. This award is offered by the Department of Territory of the Cantone Ticino: