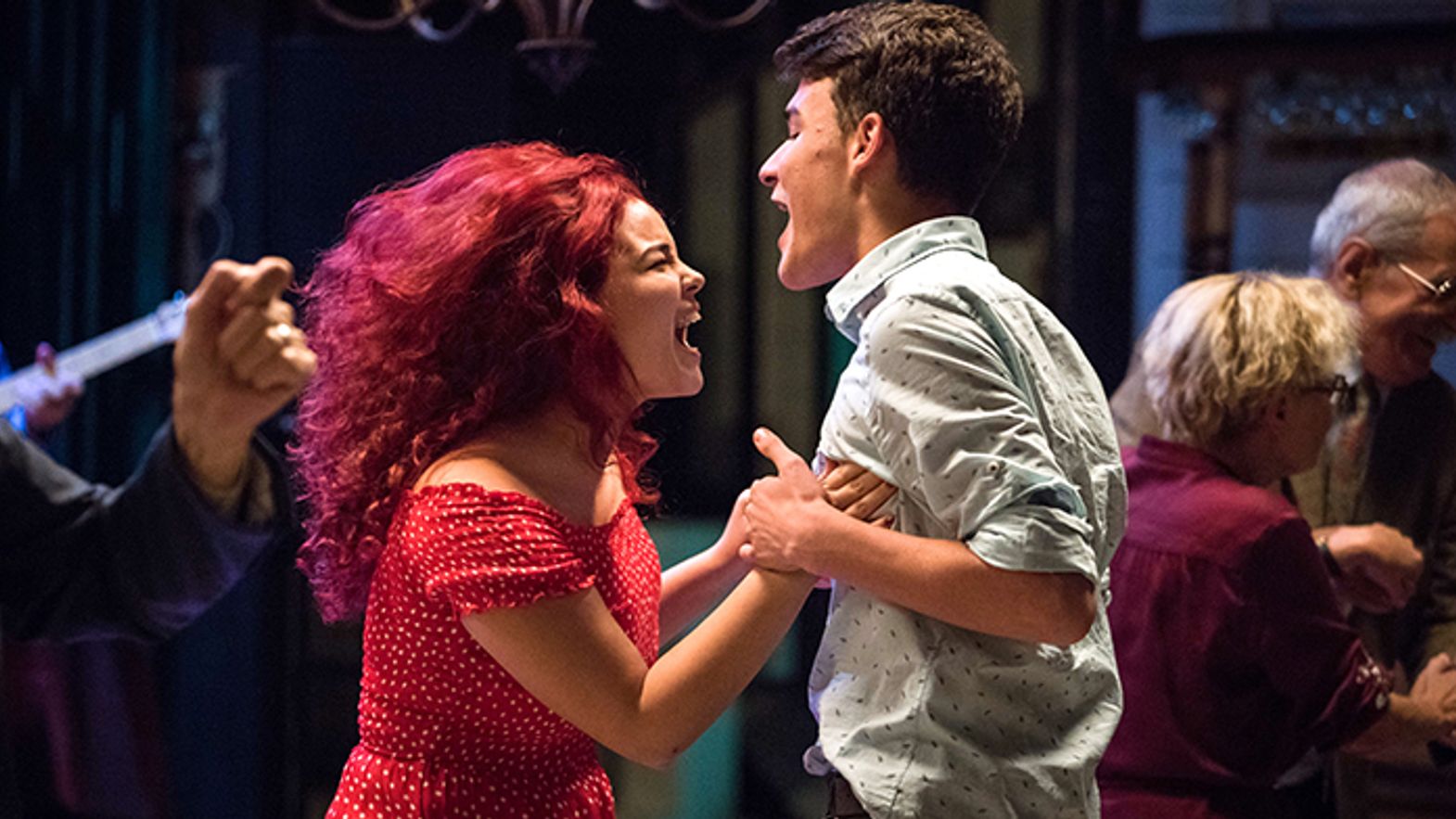 Radu Muntean’s first film with a teenaged lead, Alice T., follows a few weeks in the life of its eponymous, fiery redheaded protagonist. Although she can be charismatic when she chooses, the 16-year-old Alice is an also inveterate liar, prone to violent explosions, and has no respect for authority, either at school or home (the T may be for Torment). And though it takes heavy coaxing from her divorced mother Bogdana for Alice to admit it, Muntean’s lead is also about two months pregnant. It’s fair to say a certain amount of fireworks ensue, but you’ve got to pay attention to see how Muntean slowly reveals the actual stakes: since Bogdana cannot have children of her own, Alice was adopted, so the prospect of Alice’s pregnancy brings with it the opportunity for a new stage in their relationship.

But this is a film about a force of nature. As Alice, Andra Guţi takes control of every scene, and indeed is in almost every single frame. (Muntean and his regular DP Tudor Lucaciu rely heavily on master shots, but in these long takes the drama unfolds with such fluidity that the style never draws attention to itself.) Despite her extreme behavior that borders on delinquency – seemingly every one of her teachers has filed some kind of complaint – Alice is typical of the Tinder generation, who relies more on the internet for advice than their parents. In one of the film’s most uncomfortable scenes, Muntean gives himself a cameo as the father of Alice’s friend, Cesonia, and indeed Alice T. gives the sense of having been made by a father who has experience in dealing with a child of his own.