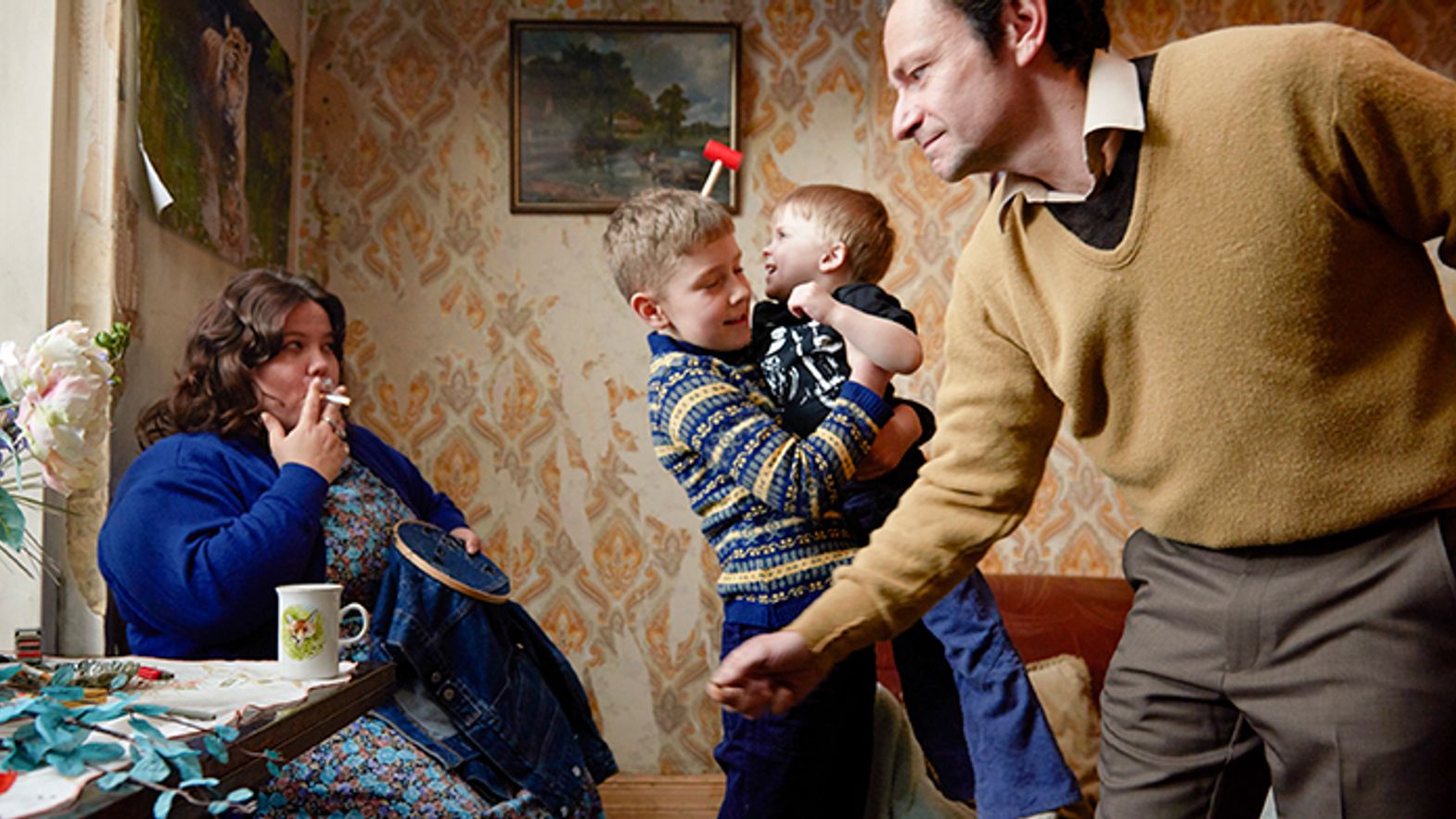 In Richard Billingham’s debut feature RAY & LIZ, the Turner Prize-nominated photographer draws on his childhood to vividly recreate the actions and sensations of dysfunctional life on the margins of Birmingham during Thatcher-era Britain. Ray and Liz are Billingham’s parents, the subjects of the series of photographs that made Billingham’s name as an artist. Employing the square frame here, Billingham in essence is giving his photographs their backstory, bringing them to life with an oftentimes dark, unsettling humor. In the framing device, the older Ray is seen in bed in his tiny apartment, guzzling down homebrew, seemingly content with his rather sordid, fly-ridden existence.

Billingham then transports us back to two periods from his own childhood. In the first, he recreates a brutal episode of babysitting gone wrong involving his youngest brother Jason, his sadistic older brother William, the somewhat mentally challenged Uncle Lol, and a copious amount of alcohol. In the next chapter, the family has relocated to an even more slovenly hovel, William is gone, and Jason and Richard are older – and very neglected by their parents, so much so that when Jason goes missing for a few days, nobody notices. As a filmmaker, Billingham is extremely detail oriented, both in terms of the vivid depiction of ‘80s England (the art direction is impeccable), and in observing the small gestures of each character. Ultimately this rendering of humanity is what makes the film so powerful, maybe because he is bringing real people to life – and I for one could watch Jason’s further adventures on a weekly basis.