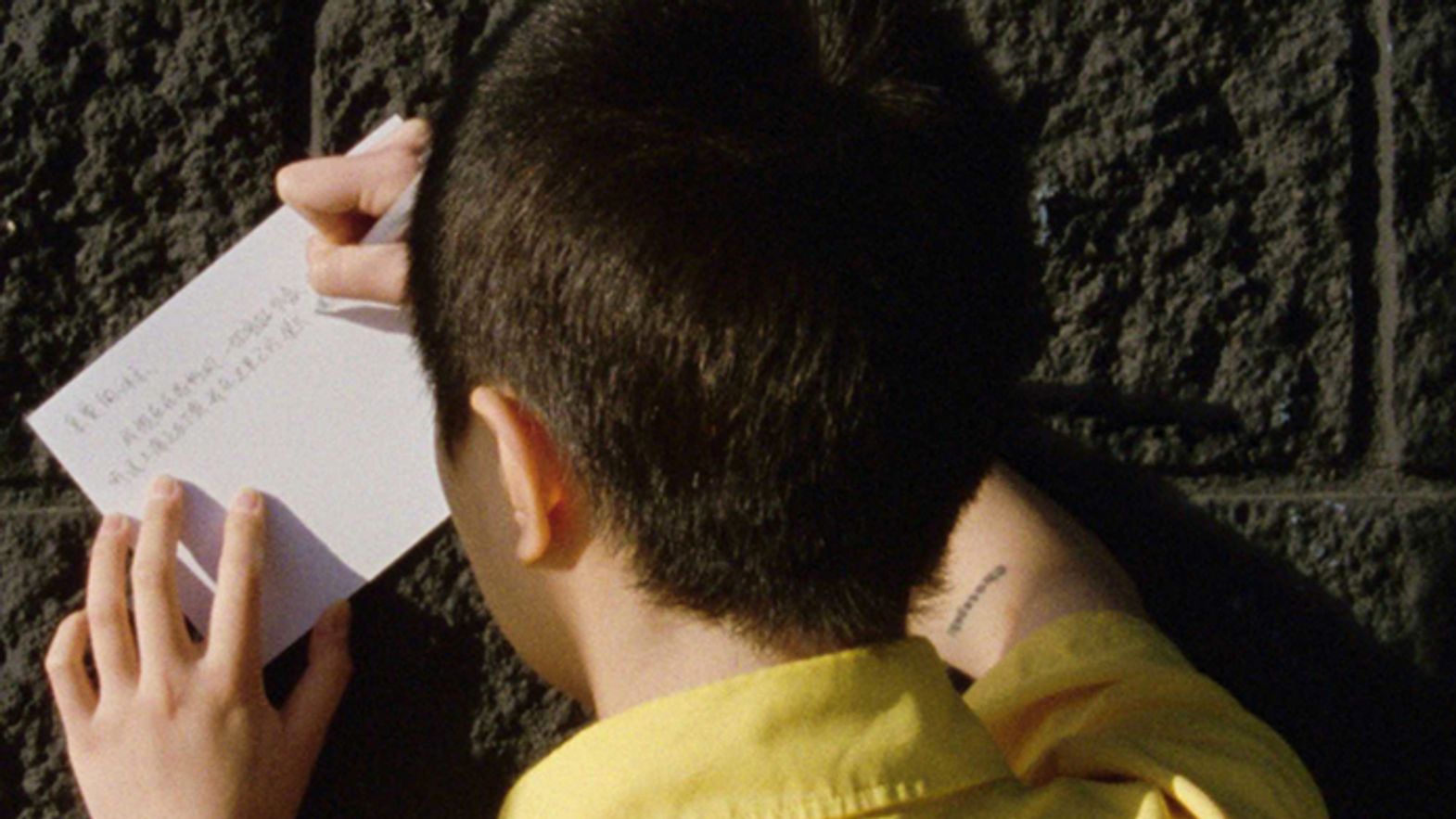 In this third programme of the Pardi di domani, we explore the space between objects, time, life and death, reality and fiction, stories, tales and people.

La máxima longitud de un puente, by the Colombian Simón Vélez, explores the mental and physical space of a young couple dreaming of a better life, while they let time pass by in a central state of the country. Where do the bridges take you? What happens when you rush to the void? Who are those motorists? And why the violence? Built in bits and pieces, the gaps in the story highlight the emptiness, the suspended time, that eternal nothingness.

In her new film, Words, Planets, prominent and contemporary experimental filmmaker Laida Lertxundi, from Spain, applies the six principles for composition delineated in Opinions on Painting by the Monk of the Green Pumpkin, written by the eighteenth-century Chinese painter Shih-T’ao as referenced in Raúl Ruiz’s essay For a Shamanic Cinema. Lertxundi works with moving images that document the landscapes of California, integrating the making-of/music composition into the fabric of the film. She creates an intimate yet fragmented reflection on the space between analogue and digital, words and song, life and death. Words, Planets, is shot on 16mm and composed of texts by R.D.Laing and Lucy R. Lippard and scenes with non-actors, often Lertxundi’s friends and family, including her own baby daughter.

Ondřej Novák and Jiří Havlíček represent the Czech Republic for the first time in seventeen years with their debut film. Rekontrukce (Reconstruction), retrospectively cleverly recounts a violent crime committed by two bored young boys. A cold and arid approach created by intertwining the day to day prison monotony of the accused whilst waiting for his trial with the graphic testimonies of a brutal assault. The film exaggerates the space fulfilled by and the responsibility of boredom within the two different parallel scenes.

The Silence of the Dying Fish is Vasilis Kekatos’ (Greece) third short film, a metaphorical dark comedy telling the tale of Makis, a fish farm worker who, one morning on his way to work, is informed that he has died the day before. After failed attempts to prove he’s alive, he accepts his fate with indifference and he spends his last day trying to secure shelter and caretakers for his beloved canaries, up until the time of his funeral.

Grbavica, by the Spanish filmmaker Manel Raga Raga, trained at the school of Béla Tarr, uses the camera in perpetual motion as a faulty compass on a map in a foreign language: drawing circles that do not close, lines that do not end, trying to understand the energies that keep that ball spinning, forever, in a Sarajevo river.