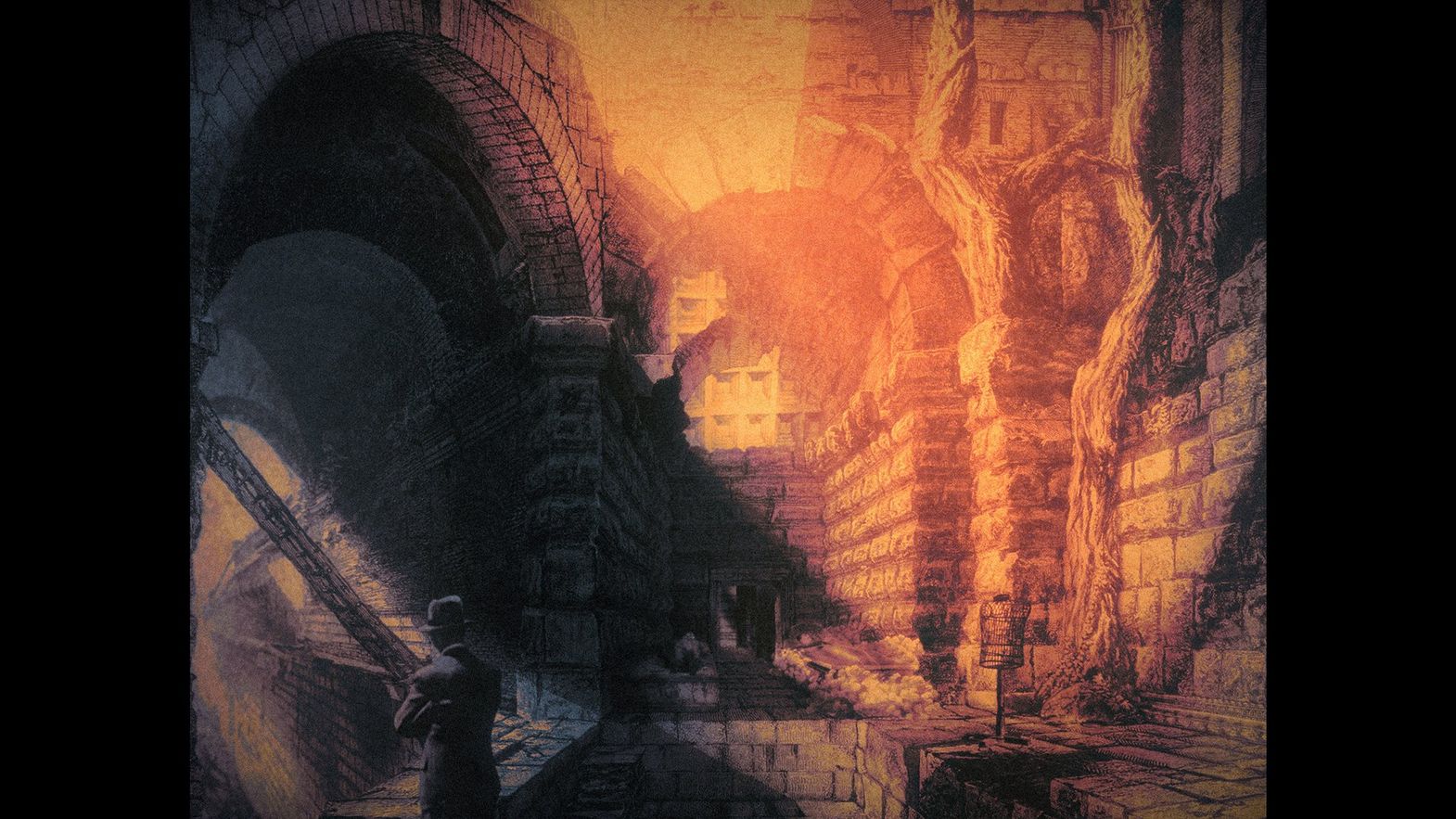 Emerging from slumber amidst his funeral bed of roses, Joseph Stalin sits up in a distorted mausoleum amongst World War II’s most notorious figures. Winston Churchill watches from the door whilst an exhausted Jesus lays sleeping. History within this space works backwards and forwards; an incoming Hitler is able to question why this version of Jesus is stuck here and not with his father, and Jesus knows of the Nazi’s defeat. These are the feverish opening moments of Alexander Sokurov’s latest film Skazka (Fairytale, Belgium, Russia, 2022), which manipulates archival footage of the notorious dictators into an endless, purgatorial meeting.

Cinematic depictions of dictators such as Hitler and Benito Mussolini can often sway too far towards the comedic, nullifying the atrocities these men have committed. Sokurov’s portrays them as insecure and narcissistic, but with an uncomfortably sufferable tone. There are no slapstick representations or scenes played for outright laughs. Stalin, Hitler, Mussolini, and Churchill exist in multiple forms and outfits, like clusters of fractured egos. The men comment on each other’s smells and complement each other’s clothing, and speak passively aggressively. They obsess over their individual interpretations of religion, repeatedly converging upon a monolithic door to God, where they are continually given the instruction to continue waiting.

The world that Sokurov and his team have built is a nightmarish amalgamation of archival film and photographs, paper-like textures, classical drawings, grain and smoke. These components intermingle at different resolutions, and something in the frame is usually moving with a degree of seasickness. Fused by the film’s claustrophobic score, these elements drift close enough to reality to feel plausible, but inconsistent enough to feel uncanny.

Deep fake AI has gained notoriety in the last few years, primarily for its ability to trick. Whilst work is constantly under way to make it as undetectable or realistic as possible, Sokurov’s film looks to visual material from the past. Hitler, Churchill, Mussolini and Stalin operated within an age where black and white celluloid film was the most effective medium for spreading propaganda and news stories. Film of that period has aged based on a variety of storage condition and exists digitized at resolutions from standard definition to 4K. As such, scratches on the original prints sometimes linger over the men’s faces, or film grain remains stuck on their skin; lingering as the digital intervention animates their faces to Sokurov’s vision. These differing qualities and the ability for some of the variants to look softer in focus than others work particularly well given that the four men appear in multiplications.

Within this world of purgatory, it is only the four men who appear as fleshed out visions. They walk past soldiers who lay incomplete with features fused into rock formations like datamoshed, glitch art images, and occasionally talk to wispy spectres of civilians. As the men move towards an area where rallies are supposed to take place, Sokurov pushes overdrive on these ghostly forms. Faint and blurry images of crowds and hands reaching out are fused with waves, crashing around a marble amphitheater. The men speculate on the size of the crowd, boast about their ability to charm the masses, and express hope that their speeches will be enjoyed. The crowd as a faceless wave stand in for all of the men’s historic crowds, exposing how they used rallies to rouse civilians and gain power, and commenting on how easily people were swayed into doctrine during that period.

As the four men and their variants overlap in speech, the sea of hands and faces works into a frenzy, with individual mirages within the crowd placed there to snare them. The waves are coded as the Devil’s work, an attempt at pulling them away from their attention on the door by appealing to their worst qualities. There’s something about Sokurov’s film that certainly feels timely, especially within Europe where radical right-wing doctrine has become increasingly normalized and closer to regaining power. This alongside the ever-growing potential of AI and recent discussions on the ethical concerns of machine learning around generative projects such as DALL-E and MidJourney. The combination of the uncertain futures of politics and AI is something that is not just uncanny but abjectly horrific, making Sokurov’s film a potential landmark source of discussion regardless of individual opinion on if they enjoyed the film per se.