2022 – Filming the real: dramatization and performance in documentary cinema

Now in its 23rd edition, the Documentary Summer School (DSS) is jointly organized by the Institute of Media and Journalism of the Università della Svizzera italiana and the Locarno Film Festival, in collaboration with the Semaine de la critique. The 2022 Documentary Summer School aims to foster exchanges and to foregorund the synergies between the academic and filmmaking communities. The DSS does so by engaging participants in a dialogue with international film scholars and film practitioners on issues pertaining to both theoretical reflection and creative practice. The theme of this year’s edition is “Filming the real: dramatization and performance in documentary cinema”. 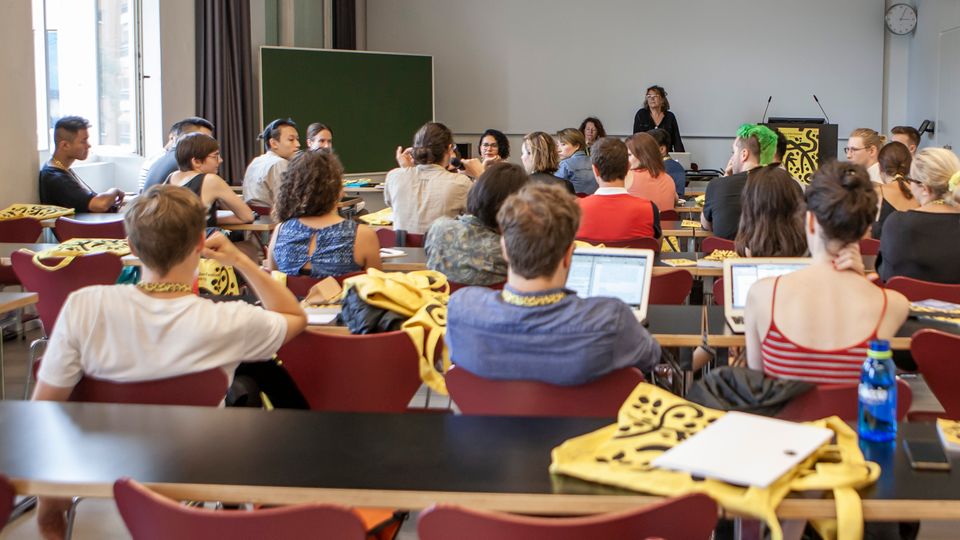 When talking about cinema, academic enquiry and creative practice have long been regarded as fully distinct and disconnected forms of knowledge production and critical reflection. In recent years, however, a growing number of hybrid projects has emerged that showed the potential for mutual benefit deriving from bridging the academic and filmmaking experiences. Following in this promising terrain, the 2022 Documentary Summer School (8-12 August 2022) wants to foster dialogue and encourage synergies between the academic and filmmaking communities.

Academics and documentarists often share the use of similar approaches and methods in their research work and artistic production, spurred by, among other factors, the widespread adoption of digital technologies in both filmmaking, and research and education. Researchers ever more often produce scientific outputs that differ from the traditional text-based formats, such as, for example, artistic performances, video-essays, and exhibitions. At the same time, numerous filmmakers and video artists contribute to advance, in creative yet rigorous ways, some of the most fundamental questions confronting film studies scholars. For these reasons, the 2022 Documentary Summer School focuses on theoretical and practical questions pertaining both to the study and creation of non-fiction cinema.

The DSS brings together partecipants with an academic and/or a filmmaking background and invites them to exchange best practices and collaboratively reflect on one of the most fundamental themes in documentary cinema: “Filming the real: dramatization and performance in documentary cinema”. The issues that will be addressed during the DSS include:

Established 23 years ago as a joint initiative between the Institute of Media and Journalism of the Università della Svizzera italiana and the Locarno Film Festival, in collaboration with La Semaine de la Critique, the DSS offers to its participants a unique platform to meet and learn from high-profile international film scholars and non-fiction filmmakers and representatives of film institutions, all while enjoying the vibrant atmosphere of one of the top film festivals in the world.

The DSS programme entails five half-days of lectures, coupled with screenings of films selected in the Semaine de la Critique section and participation to masterclasses and events of the Locarno Academy.

The DSS faculty is composed by international film scholars and film practitioners, including filmmakers selected in the Semaine de la Critique section.

Cristina Formenti is Assistant Professor in Film Studies at University of Udine. She is the author of Il mockumentary: la fiction si maschera da documentario (Mimesis 2013) and The Classical Animated Documentary and Its Contemporary Evolution (Bloomsbury 2022) as well as editor of Mariangela Melato tra cinema, teatro e televisione (Mimesis 2016) and Valentina Cortese: una diva intermediale (Mimesis 2018). She is co-editor of the journal Animation Studies and serves on the board of the Society for Animation Studies, where she co-founded the Documentary Special Interest Group.

Andrea Segre is an award-winner Italian filmmaker who has directed over twenty films of documentary and fiction genre, among which: Shun Li and the Poet (Lux Prize 2012), Ibi (2017),Venetian Molecules (2020) and Welcome Venice (2021), the latter shot during the Covid pandemic. Andrea is co-founder of ZaLab, a video production and distribution organization, which promotes participatory filmmaking as a means for social inclusion. He holds a PhD in Sociology of communication from the University of Bologna.

Nevina Satta is the CEO of the Sardegna Film Commission, the General Secretary of the European Film Commission, and a board member of Cineregio, the EU network of Regional Film Funds. A professor of Film Producing and Directing at various EU Universities, she received her PhD in Cultural Media Studies and Visual Anthropology in Milan, where she began her career as filmmaker and producer. Before returning to her homeland after twenty years, she was based in Los Angeles and Milan, developing, and producing narrative features and documentaries. She has also worked as a consultant for International Film Festivals and as an architect of training initiatives. She founded with her husband the Unicef-endorsed NGO The Traveling Film School. She is a specialist in Sustainability in the Creative Industries and Audiovisual Industry Funds and Institutions.

Till Brockmann is the head of Semaine de la Critique, an independent section of the Locarno Film Festival, organized by the Swiss Association of Film Journalists, which presents seven international documentaries, with five world premieres and two international premieres. Till has worked as a film journalist and film critic since 1995, mostly for the Swiss daily newspaper Neue Zürcher Zeitung. Till also has vast experience as a lecturer in film studies, as well as a curator for institutions such as the Heritage Film Festival for the Goethe-Institut Gulf Region in Abu Dhabi.

The DSS takes place from Monday 8th to Friday 12th of August 2022 in Locarno.

It is open to 30 participants among:

The participation fee is of 550 CHF, inclusive of:

Meals other than breakfasts and travel to and from Locarno are at the expense of participants.

As part of the Festival we will enforce any Covid-19 restriction or rule that will be required for Festival attendees. Detailed information will be provided in due time.

Attendance to the DSS is rewarded with 3 ECTS (the number of credits may vary according to the participant’s educational institution), subject to the submission of a concise theoretical and/or practical work, to be agreed with the organising committee.

Candidates shall submit the following documents to dss@usi.ch:

Selected participants will be notified via email within three weeks after the deadlines for submission.

Dr Eleonora Benecchi is a lecturer and researcher at the Institute of Media and Journalism of the Università della Svizzera italiana and she is responsible for courses on audiovisual theory and production and digital cultures. Her research and publications focus on fandom and audiovisual culture.

Dr Gloria Dagnino is a lecturer at the Institute of Media and Journalism of the Università della Svizzera italiana, where she is also Equal Opportunities Officer. Since 2019 she is responsible for the Film Economics module of the Master Réseau Cinéma CH.

Dr Stefano Guerini Rocco is an Adjunct Professor at the Università Cattolica in Milan and a Lecturer at the SAE Institute of Milan. He is a programmer for Orlando Festival and a documentary developer selected at Biennale College (2018) and IDS Academy Series (2021).