First conceived in 1946 amid the optimism of post-war dialogue, every summer the Locarno Film Festival brings the most innovative, vibrant productions in world cinema to the Swiss shore of Lake Maggiore. With its open-air screenings in Piazza Grande, its competitions and non-competitive sidebars and its “Leopard” prizes – the Pardi – Locarno is a showcase for both emerging and established filmmakers, who find a unique audience made up of cinephiles from the region and from around the world, alongside leading figures in the film industry. By developing its activities throughout the year, the Festival has grown into a permanent platform that promotes free expression through cinema, discovering and giving a voice to the talents of the future. 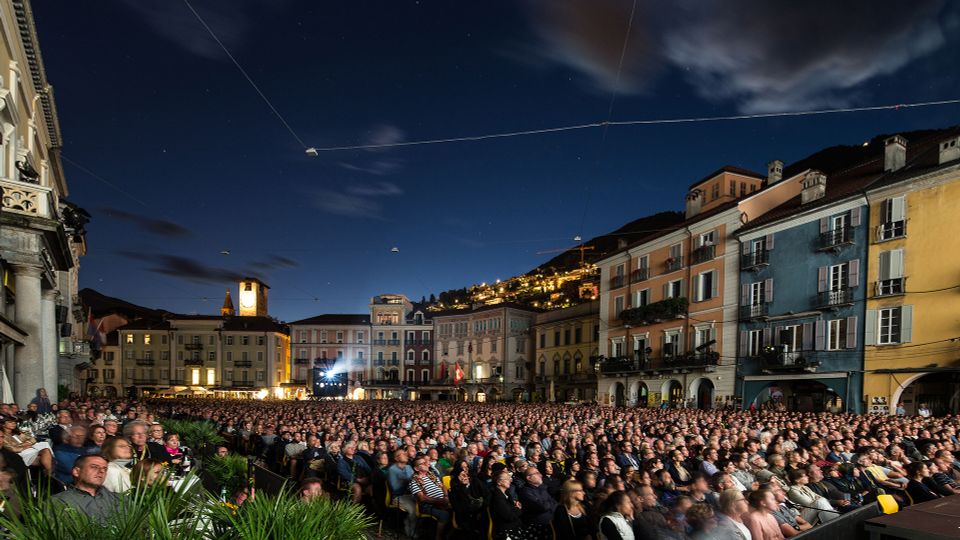 The Locarno Film Festival intends to create, together with the public, the filmmakers and staff involved, a genuinely polyvalent, inclusive and sustainable community, and to ensure that within this community the ongoing changes in the audiovisual domain will be fertile ground for developing creativity and fostering intercultural communication.

To learn more about our practical actions on behalf of cinema, our region, diversity and the environment, please read our Sustainability Report

The Locarno Film Festival strives to incentivize training and support for artists, to investigate new ways of producing and using images, and to bring the people who make films into closer contact with those who watch them. Through the dynamics of creation and exchange set in motion at each single edition, the Festival becomes not just a space to discover different, geographically and culturally remote images and iconographies, but also contributes actively to creating new ones.

Film is art and entertainment, but also an industry: that’s why the Locarno Film Festival has developed initiatives and services that aim to bring together film professionals from every corner of the planet. By way of example, Locarno Pro, the Festival’s industry program, features projects dedicated to fostering emerging cinemas and reflecting on the current state of the international film scene, but also events for the upcoming generation of professionals and initiatives that explore the new frontiers of VOD.

Youth participation and training: for the Locarno Film Festival, responsiveness to the new generations and young people’s changing rapport with images are pivotal factors. That awareness is reflected in experiences such as the Locarno Academy, with its professional training pathways in film direction, criticism, production and distribution, or Locarno Kids la Mobiliare, an artistic section with workshops for children, as also in the role played by the Youth Advisory Board (YAB) and the BaseCamp project, a residency facility for young creatives from around the world.

The Locarno Film Festival is supported by both public and private-sector partners, who share values and perspectives with the Festival and assist in securing its strong local ties. Over the years these partnerships have become ever more dynamic and proactive, culminating in genuine co-creation projects that aim to enhance the public’s experience of the event and to consolidate the Festival’s educational and inclusive vocation.

With its prestigious history, wide-ranging program of full-length and short features as world or international premieres, large audiences and numerous industry players in attendance, the Locarno Film Festival is acknowledged to be one of the world’s most important film events. Locarno is also one of the eight Swiss Top Events that act as ambassadors for Switzerland’s cultural and sporting excellence at global level.

For an overview of previous editions of the Festival and past guests at Locarno, go to The Festival

More about the Locarno Film Festival