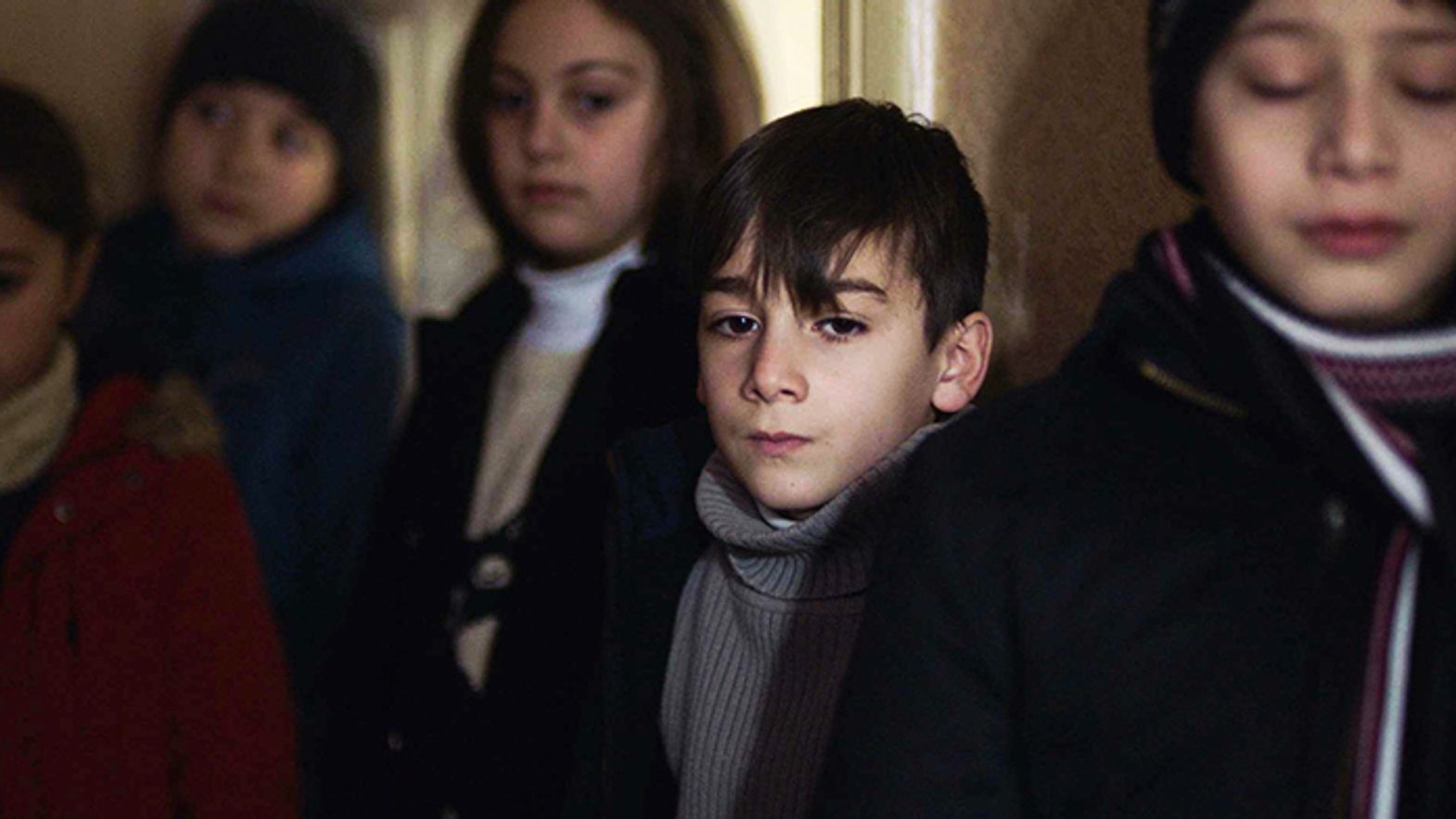 Today’s four-film programme of Pardi di domani focuses on family matters: struggling families, distant families, reunited families – each one with its own personal tragedy, and one that it is out of their control, somehow imposed on them. Today’s world is a hostile place, and being able to live together and in peace isn’t possible for many.

From the very first shot in Caucasus, where the action starts by revealing a small-talk conversation between two young girls who will later appear in the film, only to shift the attention towards the main characters and their story via a precise mise-en-scène, director Laurynas Bareiša shows he knows precisely what he wants to achieve. Bareiša seems to be describing a regressive movement – a movement that reveals a kind of intolerance and prejudice that is haunting Europe. As the film’s title announces, Caucasus deals with a racial issue, and it does so from very subtle and refreshing point of view that focuses on fear.

If there is a subtler film that Caucasus in this year’s Pardi di domani, that one is Eraser. Georgian filmmaker Davit Pirtskhalava returns to Locarno after winning the Pardino d’oro in 2015 for Mama (Father) with a film grounded on strong images and very few words. Eraser is a deeply humanist film, one of those that are rarely found nowadays, and seem to belong to a film tradition from the past. By relying largely on the characters’ close-ups (echoing Sharunas Bartas), Pirtskhalava reveals emotions that go beyond anything that any of them could say, leaving us with the heart in our mouths.

In I Can Barely Remember the Day, Croatian star-actor Leon Lučev (Esma’s Secret - Grbavica, Berlinale Golden Bear 2006 or Cure: The Life of Another, Locarno Competition 2014) unexpectedly surrounds his main characters, played by professional actors, with an ensemble of non-actors. These include members of his family and people from the island of Zlarin, where the director comes from. These glimpses of reality that penetrate into a scripted narrative give the film an intimate and sincere aura which makes it a confrontation with life, rather than a story about death.

Operating also on the edge of fiction and reality is Emmanuel Marre’s Castle to Castle. A young student of political sciences, played by actor Pierre Nisse, is lost in search of a political identity. On the other hand, there’s the director’s lonely 75-year-old mother Francine, who appears in the film as Pierre’s landlady. These two strangers develop a special relationship and become sort of a family, taking care of each other, since their relatives are absent. The film’s narrative appears to be unfolding naturally, just as a consequence of putting together Pierre and Francine, and not as a scripted thing. Meanwhile, the French presidential elections are taking place and the documentary footage seems to be revealing a hidden hopelessness behind the apparent excitement.

Similarly, behind the family topic that links these four films, an outcry for humanism, tolerance and dignity, denouncing the state of things in present-day Europe seems to be heard.