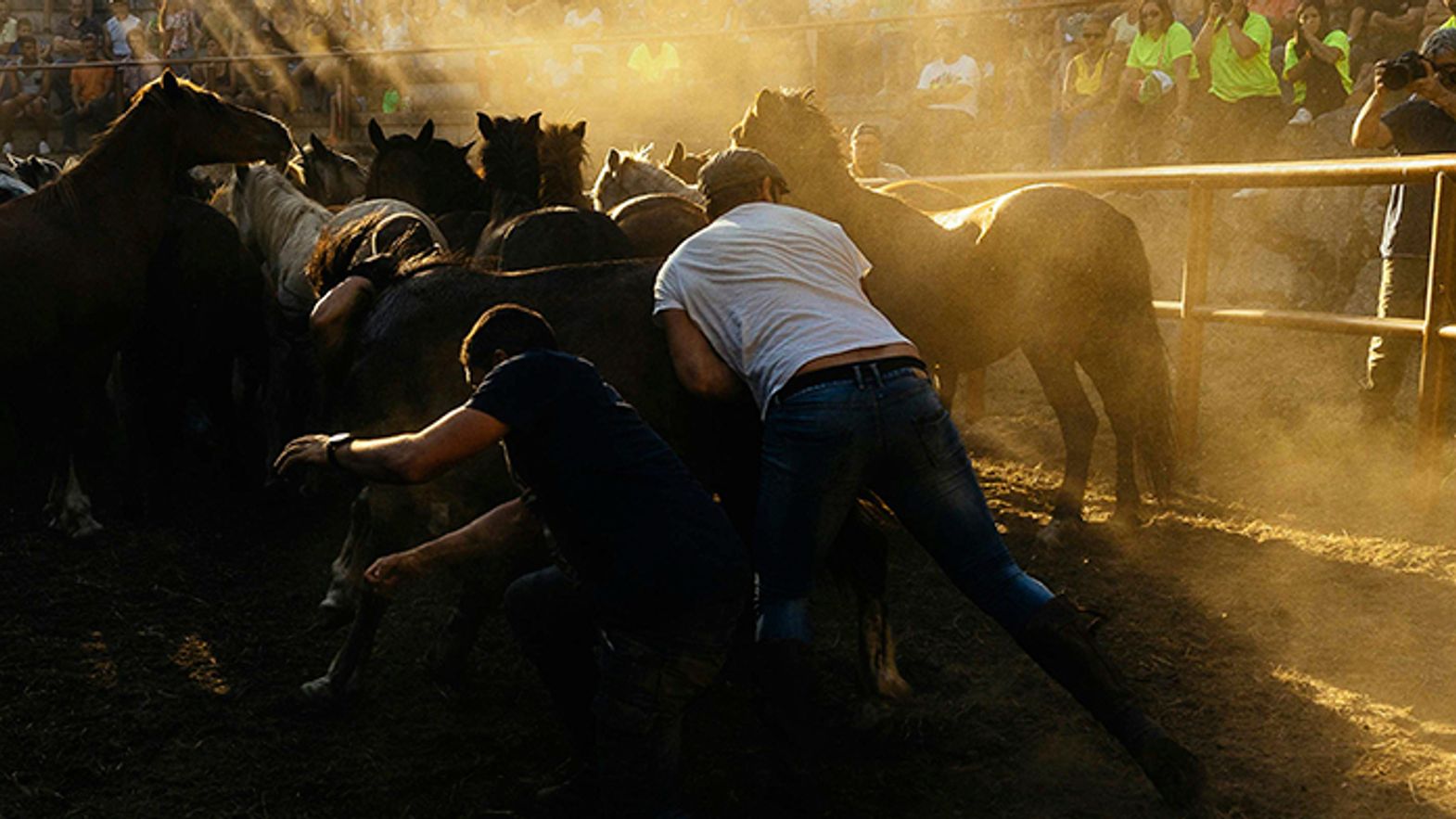 A village in Galicia (Amil, in Moraña) is preparing to celebrate the traditional "Rapa das Bestas", a popular staged festival that originates in the myth of a distant and slippery battle between men and horses. The ambiguous unfolding of symbols is perpetuated in family relationships, or rather in the oppressive context in which Carme (an incredible and intense María Vázquez) awaits the arrival of her brother Luís. There is a fatal car accident, a father with whom it is very difficult to talk to and a harsh and bitter community. Battle after battle, the attachment to earth is opposed to a desire to escape. There's no doubt that this is the typical framework of a Xacio Baño film; now here with his feature debut, Locarno has already had the good fortune to present his short film Eco in 2015 (Pardi di domani). An authentic close combat between the characters, a brutish, dark struggle that reverberates throughout the film's very body, structured framing after framing, shadow after shadow, between abyssal ellipses and rough jolts, burning eroticism and heartbeats. Baño does not fear the automatic documentary force of reality, but rather intensifies it, while at the same time showing its illusion, pure fiction, and the ineffability of bonds and events. Where everything seems to be under control, shadow zones accumulate, real black holes that are just as physical and material. The game between what one does not see and what is revealed is pushed to the point of combustion where the wild side prevails, a salvaging fire however with which Carme is no longer afraid to burn herself.