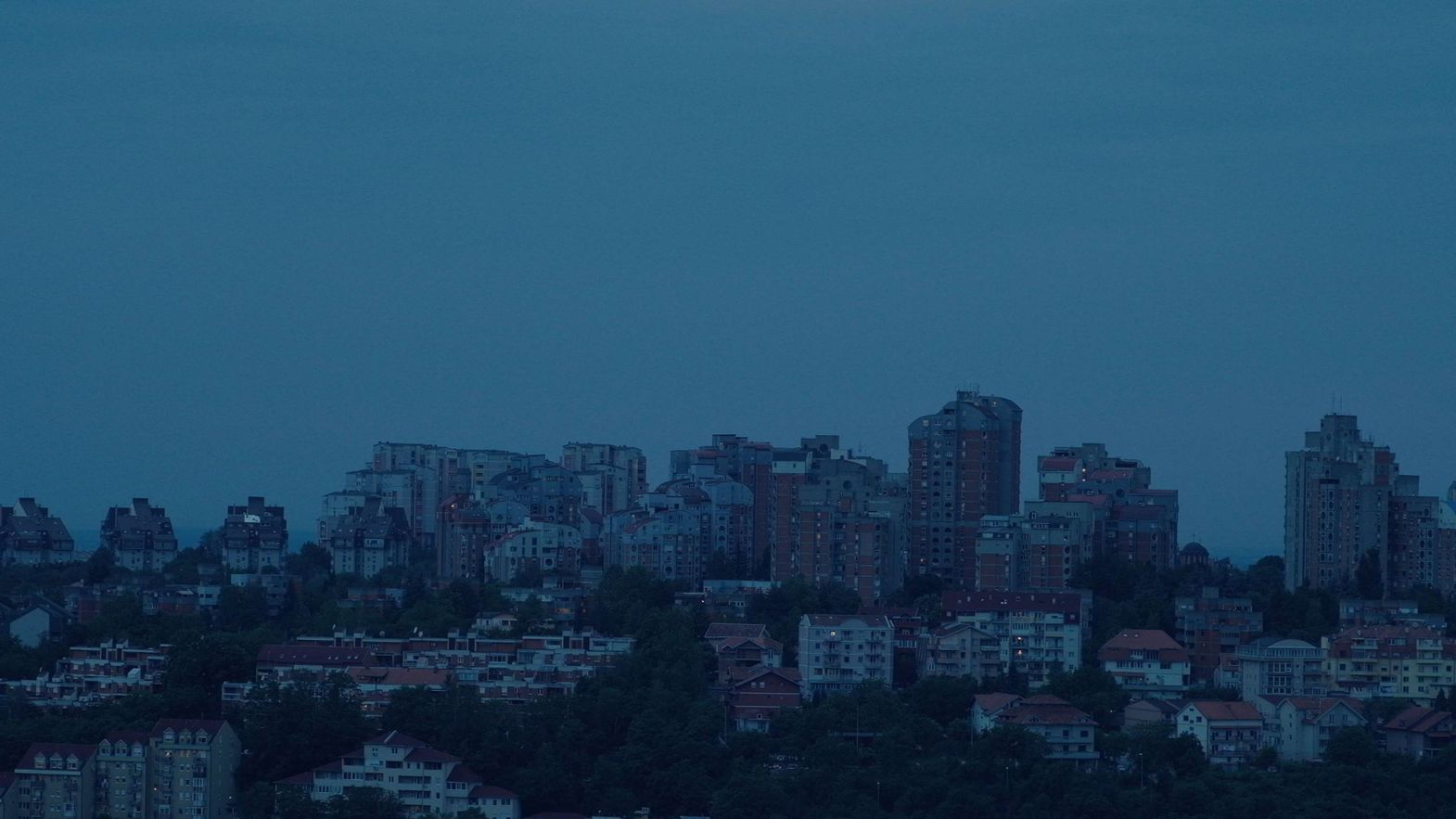 2020. An empty flat, waiting to be handed over to its new owners. We are in the neighborhood of Banjica, on the outskirts of Belgrade. Where once stood a Nazi concentration camp during World War II, a Socialist residential neighborhood was built, with its landmark tall buildings and the milestone Military Medical Academy.

In this historical setting, Marko Grba Singh roams the space of his soon-to-be-former apartment, looking for the traces of his own personal memories on the stained walls and in the timeless sounds. Suddenly, we are transported back in time to the director’s childhood, and the found footage that unfolds is dated 1999.

The meaning of that year for the citizens of Belgrade and Serbia is one: that of the NATO bombings of the then Federal Republic of Yugoslavia, which lasted for 78 consecutive days. That was the only other time when Marko left his home and settled with parents, uncles, aunts, and cousins at his grandparents’ house. As the bombs fell on nearby military sites, it felt safer to be there than in a skyscraper.

Today, selling the apartment brings back the memories of those difficult times, recorded on VHS cassettes. Giving these tapes a new meaning by creating a narrative within a film is a gesture of courage.

Rampart is the overcoming of a personal trauma that remains inscribed in the collective consciousness of a nation.