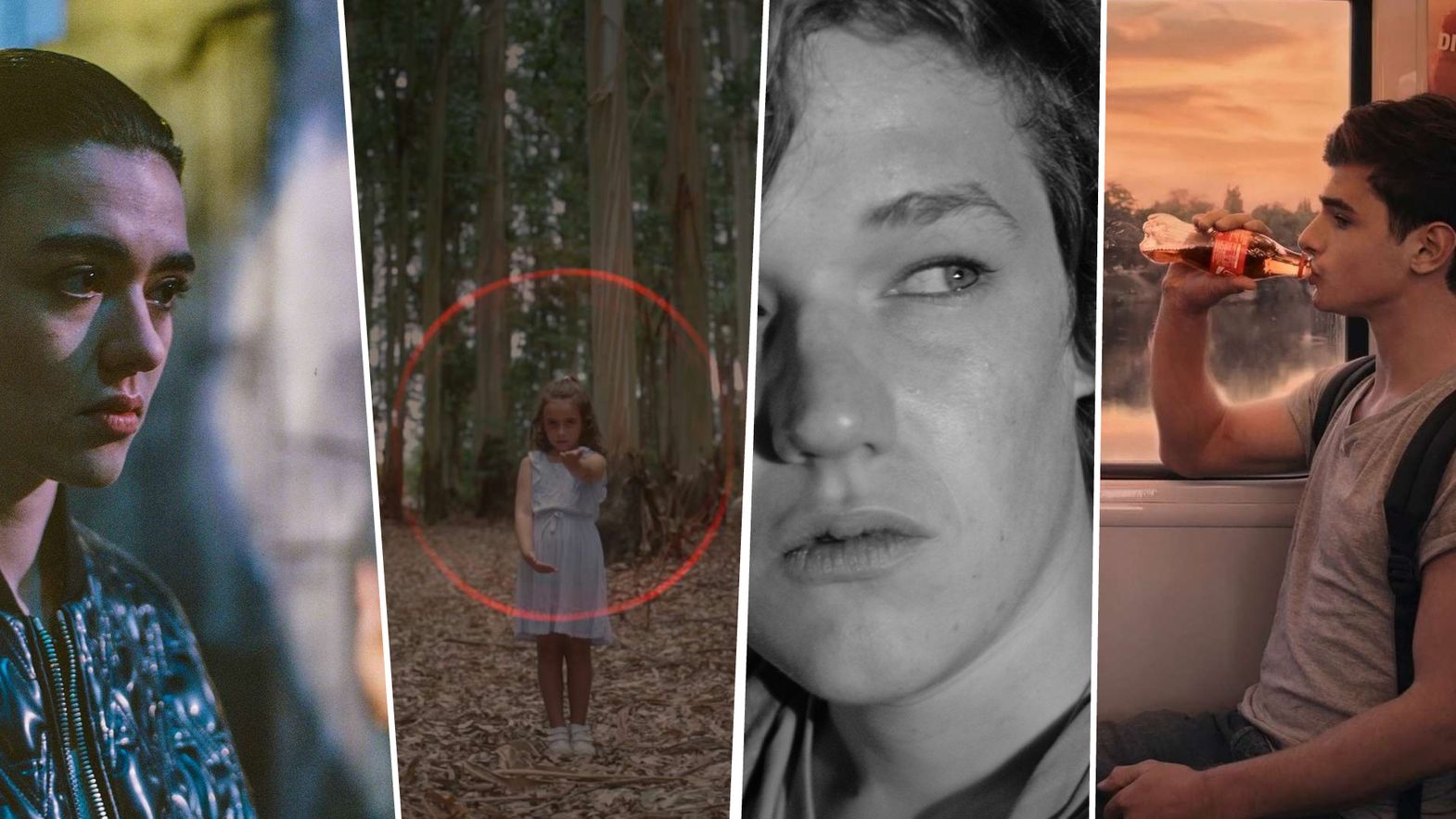 We're halfway through this year's selection of short films and the time has come to get close and personal.

Program 6 will take you on an emotional tour de force, a literal ride from the pinnacles of lesbian fantasies all the way below ground to confronting deep male desires.

Longing and parting, facing fears and overcoming pain, coke bottles and rattling trains all form this program's inescapable soundtrack to life. And what a soundtrack it is!

Yann Gonzalez has never been one to shy away from confronting us with our deepest inner sexual desires and fantasies.

Gonzalez follows his Cannes hit Un couteau dans le coeur (Knife+Heart, 2018) with a very short, but no less intense film on the vibrancy of queer eroticism, set to the score of French electro-dub duo Jita Sensation.

Venturing out into a world of lesbian fantasies, the film carries us off into a back alley of lust without ever completely giving in to just carnal pleasures. On the contrary, Gonzalez' fun approach to its subjects makes for an intellectual and at the same time very gratifying experience.

The perfect saxophone score, a twinkle in the player's eye, and everything is set for a moody and charmingly humorous amour fou.

Relationships of any kind are never easy to navigate, even more so when they are accompanied by an inexplicable, constant intrinsic pain that sits like a monster in the head, which is being nourished and slowly consumes one's actions.

María Silvia Esteve's Criatura takes the viewer on an inner journey to the roots of its protagonist's agony. The elemental use of colors, immaculate camera work, and an ever-intensifying score all contribute to this story about the insecurities of love and the loss of oneself.

Esteve's previous work includes a feature-length documentary about her mother's toxic relationship with her father. With her new film, she continues her work on gender issues, mainly focused on women in Latin America, questioning gender perceptions, the role of women in society, and why we become who we are.

Criatura is more than just a film about pain and love. It takes us back to deep-rooted traumas and the all-encompassing question: Is the relationship with oneself the most destructive one after all?

"What did you expect?" is a somewhat fitting question in Loïc Hobi's latest work The Life Underground. At first glance, the film appears to be an unexpected move by the Swiss filmmaker.

Seemingly digressing from anything we've known him for thus far, he not only takes us below the ground but also hits us with a tour de force in Golden Age Hollywoodian filmmaking with its black and white setting, the classical score, and the impeccable cinematography reminiscent of a time long since passed.

However, there's a twist in its underlying theme. Hobi stays true to himself by tackling his recurrent topics of homoerotic desires, masculinity, and the questioning of heteronormativity.

The film's protagonist Noah is invited to take part in a challenge by his friend Ethan in order to be accepted by the latter's group of friends. But what happens when you are afraid? Is it worth mourir d'amour – to die of love – as poetically written on the escalator? What makes a person a man? What do you expect?

We've all been there: it's summer, the train to take you home is packed with strangers – sweat, children, noise. You put on your headphones and start listening to some amazing music. You're eyeing up the stranger that's sitting opposite you. Your knees accidentally touch. Your eyes narrowly gaze past each other and just avoid crossing. Taking out a sizzling coke bottle. The KitKat bar is broken into two tensions!

Nicolaas Schmidt's First Time takes us on a magical and by all means sensorial journey on the U3 line through Hamburg. Schmidt's striking use of soundtrack doesn't come as a surprise given the track record of his previous works and his background as a musician. His films are often dreamy, surrealist, humorous, and full of revelations.

First Time is no exception, taking the viewer on a once-in-a-lifetime ordinary ride. After all, dreamy sunsets, immersive encounters, and a never-ending beautiful soundtrack are all that matter. And just like that, love might be around the corner.