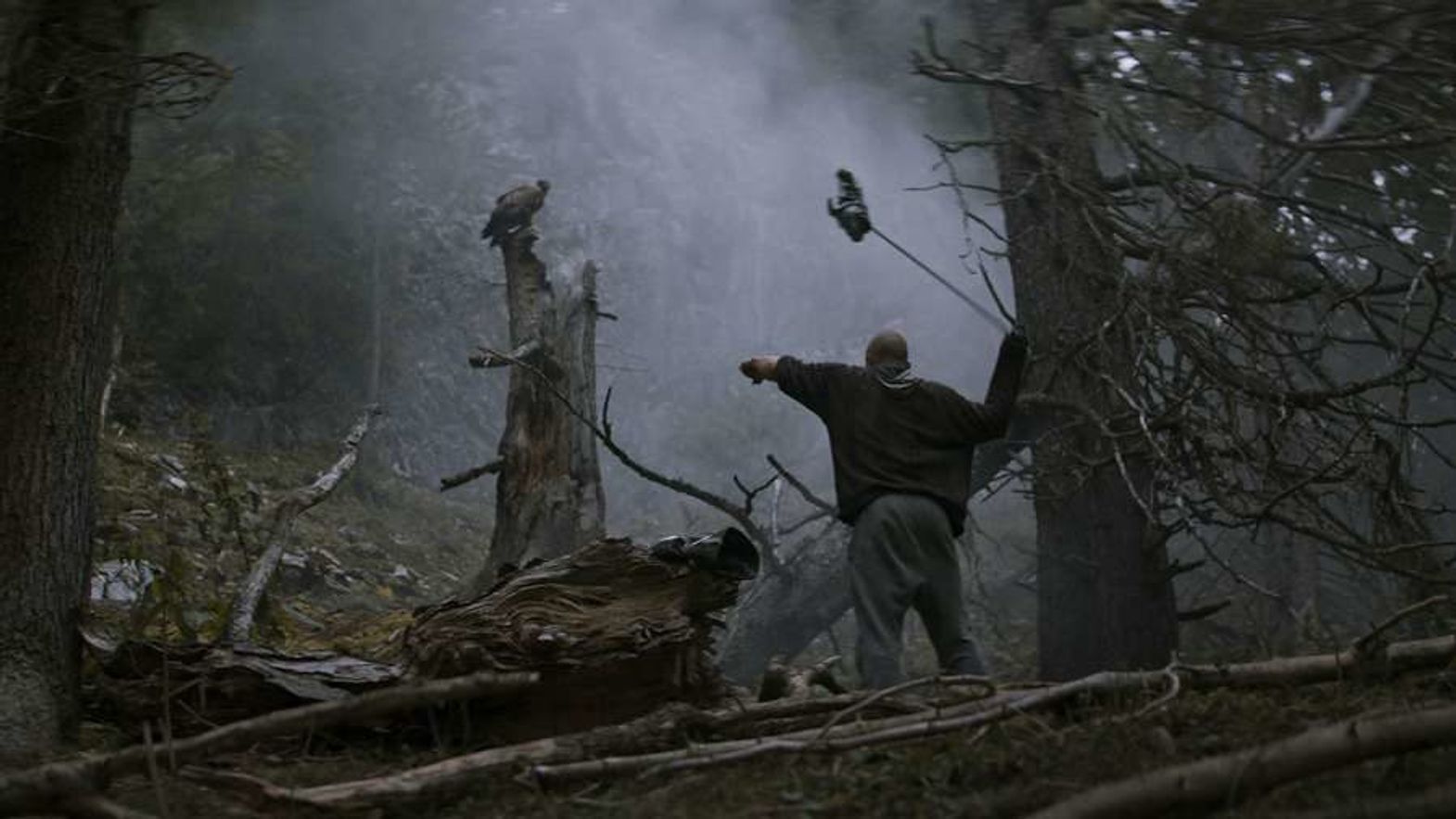 A mentally fragile young man living in a secluded house in the Alps. His mother, completely tattooed, a former drug addict, and now a radically devout. A mysterious cave in the distance, that resembles a vagina and a bunch of buzzing and ill-tempered drones.

Those are the main elements of Luzifer, the shocking fourth fiction feature by Austrian director Peter Brunner – and it is not by chance that provocateur Ulrich Seidl, master of exploring the darkest corners of humankind, is producing this one.

Johannes, the film’s main character is played by no one else but the European star actor of the moment (and the future), Franz Rogowski, who brilliantly delivers what has probably been his most challenging performance to date. Equally vibrantly and physically executed is the role of his mother Maria, entrusted to Susanne Jensen, a non-professional actress who is an artist and a pastor of the Evangelical Lutheran Church in real life. The two of them, involved in a bizarre, but loving mother-son relationship, are set to fight, both for their lives and the pristine nature in which they live, from the coming orange menace.

There is plenty of symbolism open to interpretation in the images of Luzifer, and Brunner’s film is not only an arthouse offering, but at the same time a horror film, a deeply humanist tale, a political statement, and a piece of environmental cinema. By the way, this is inspired by a true story, as stated in the opening credits; but who exactly is the Devil of the film’s title here?