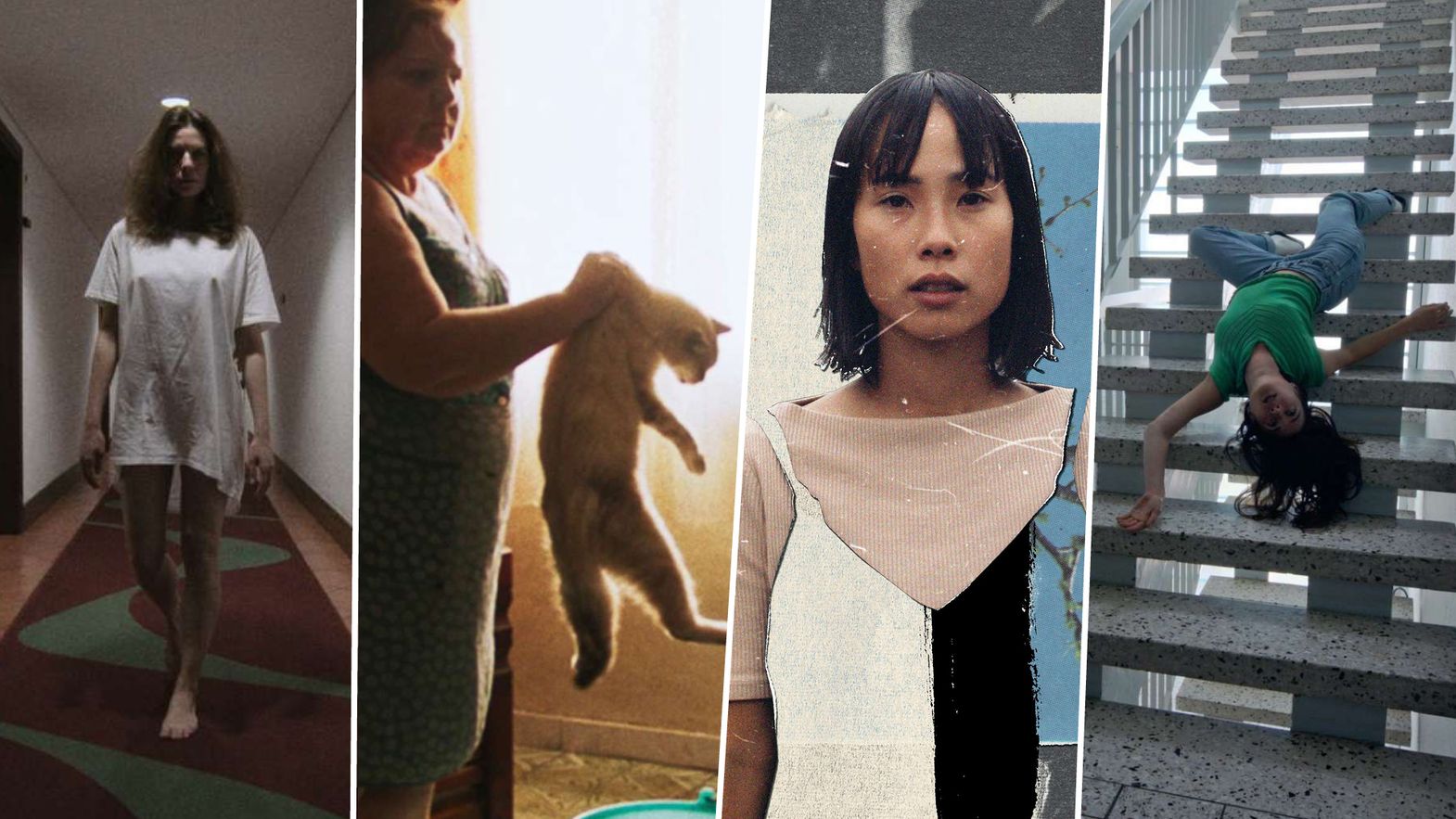 The second programme of Pardi di Domani 2021 is a look at human relationships through four distinct cinematic approaches.

Each film takes up the notion of intimacy and its existence in our lives, be it with strangers, lovers, or family – regarding individuals or societies as a whole. Love, obsession, remorse, disinterest, indifference – all four films tackle intimacy from a different standpoint.

In Salomé Lama’s Hotel Royal, the spectator is guided through a hotel by a chambermaid who is both narrator and spectator of her own.

Her voice over, hypnotically repetitive and structured as a film script, offers her analysis and conceptions as we are lead from room to room. Each one is presented through the same static, wide-angled shots that offer an intimate, possibly voyeuristic yet analytic view into the absent residents’ lives, belongings, and self. The images we see do not entirely match the observations we are given by the chambermaid – adding an eerie suspense to the filmic experience as we question image and sound constantly.

The film is an exploration of the limits between private and public, true and false, as the spectator is repeatedly put in a transgressive position invading the privacy of the hotel residents.

While a young man chooses to endure the physical and emotional scathing to gain loving affection of his lover, a mother willingly exposes herself to humiliation and defeat in her last attempts for her little son to even acknowledge her presence.

Abusive power dynamics are asserted through the conscious privation of the other person’s desires and needs, maintaining the weaker characters in a constant state of submission.

The film explores the willingness of people to endure and partake in a game that has neither rules nor winners with a highly visceral and anxiety-inducing storytelling.

Love, Dad is a personal letter of the director Diana Cam Van Nguyen to her father.

When her father was imprisoned on suspicion of tax fraud, he began sending her letters from prison – a time, as she describes in her film, they were as close as never before or after, exchanging and expressing mutual love.

Now, many years have passed, and the relationship has suffered a big divide. Her father left the family when her mother failed to give him the by Vietnamese tradition highly regarded son to carry on the family’s heritage and so the director wonders: “If I were a boy, would everything be fine?”

The rich collage-based animation, mixing various techniques to revive moments past, is a letter captured on film in the director’s attempt to reestablish a loving and truthful communication like it once existed.

As spectators we are invited to witness this incredibly personal address of the director to her father, reflecting on moments past and looking for answers for why they drifted so far apart.

Closing the second slot of Pardi di Domani is the Swiss short Chute by Nora Longatti.

A young woman seemingly collapses repeatedly in public places. While some passersby walk by indifferently, others take her in her arms with great affection. Whether the young woman seeks out the nearness for herself or whether she wishes to provide a moment of intimacy to others remains unclear.

The film captures the solitude, the consequent fragile longing for feeling seen by others, and the desire to experience human connections with a restrained but strong emotional storytelling with long takes that allow the unusually intimate, at times almost uncomfortable, connections between strangers to breath and take form.

The film beautifully subverts our modern societies’ tendency to individualism and disinterest in others’ wellbeing by making public spaces personal.