The artist and key player in the avantgarde music scene in New York since the 1970s, will receive the award in Piazza Grande during Locarno75 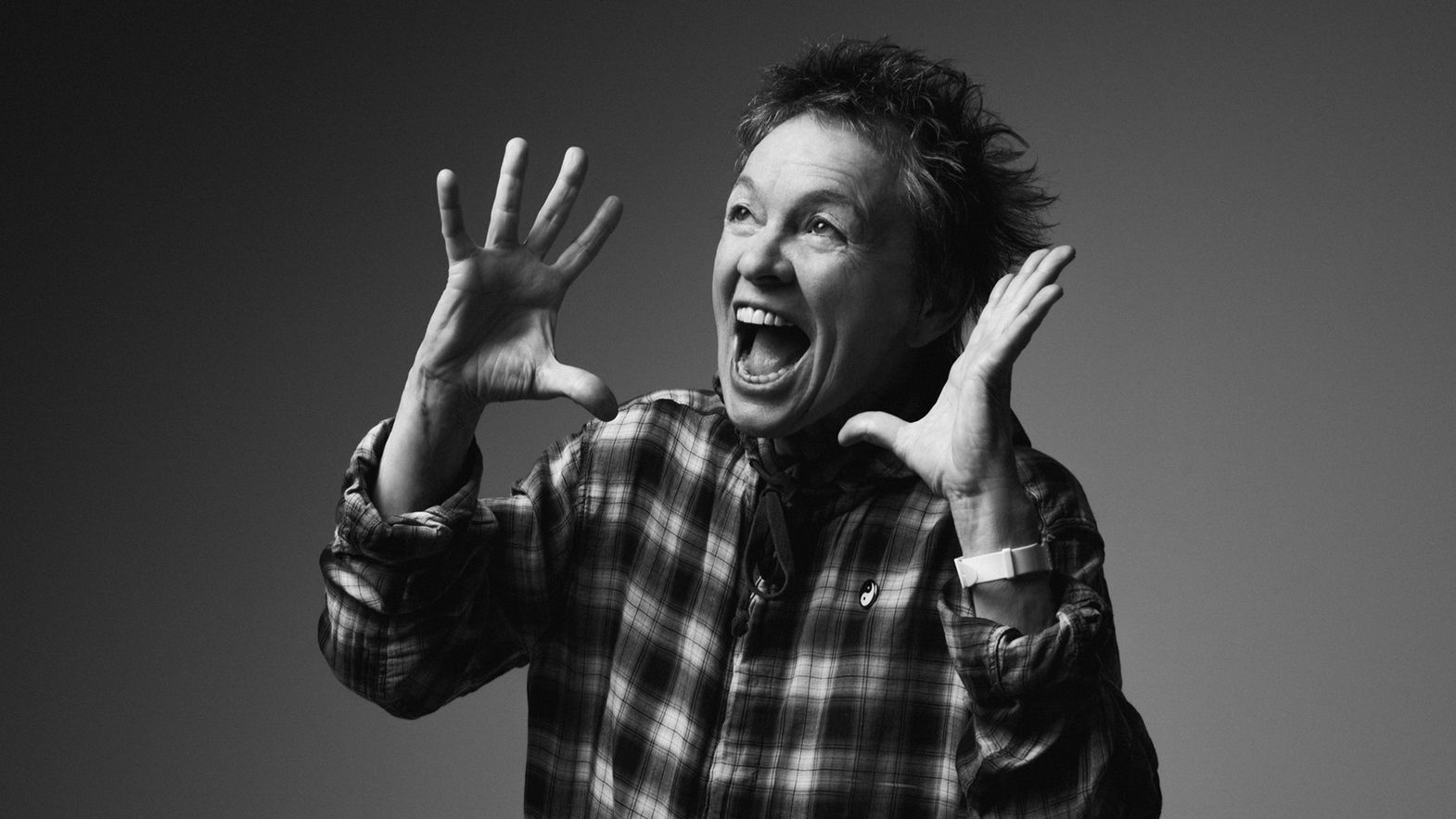 She’s a composer, poet, photographer, violinist and multi-instrumentalist, inventor, director, performer, ventriloquist, and dancer. In short, she’s Laurie Anderson, the recipient of the 2022 Vision Award Ticinomoda. On Wednesday, August 10, the Locarno Film Festival and Piazza Grande will welcome and award an artist who is impossible to describe, if not with her name and surname. Laurie Anderson, a child of the cultural and intellectual urgencies of New York in the’70s, represents what the Festival looks for every year for the Vision Award: a creative personality who has been able to construct a language, or in this specific case, a multiplicity of languages.

She speaks that language with the vocal cords of a tape-bow violin, or a talking stick, two of the instruments she has invented and played during her career. It’s an electronic and humanist language, experimental and accessible, and always popular. It’s been a soundtrack for Jonathan Demme (Something Wild, 1986, written with John Cale) or a five-hour pillar of performing art (United States, 1980). It can be found in the Encyclopedia Britannica (under New York), or at NASA (under "First Official Artist of the National Aeronautics and Space Administration"). It can connect with both Hermann Melville and Superman. Anderson's specific sign is that of curiosity, which becomes investigation, and then expression and involvement. Her music career boasts collaborators such as Brian Eno, Peter Gabriel, Bill Laswell, Nile Rodgers Philip Glass, Jean-Michel Jarre, Bobby McFerrin, Dave Stewart, John Zorn, and Adrian Belew. Earlier, in the 1970s, she was the sidekick of comic genius Andy Kaufman on Coney Island.

In five decades, Laurie Anderson has left a profound mark on every area of ​​creativity. She was Lou Reed's life partner, and built an exemplary artistic, sentimental, and human trajectory with him. The rest, up to now, from the 1980s to the 2020s, has been a continuous flow of electronics, spoken poetry, performances, installations, albums, soundtracks, CD-ROMs, humans, and cyborgs.

Artistic Director Giona A. Nazzaro states: “A dream comes true with Laurie Anderson in Locarno. She’s a multimedia and interdisciplinary artist who has been able to weave a unique dialogue with images. She’s a multi-layered character, with lively and irrepressible creativity, who has explored music, performance, cinema, theater, electronics, poetry, and all the innumerable areas of her creativity in every direction. In the year of the 75th anniversary, Laurie Anderson reminds us that there is only one direction to go. To move on. As she always has. It is an honor to welcome Laurie Anderson.”

The 2022 Vision Award Ticinomoda will be handed out on Wednesday, August 10, in Piazza Grande. During the 75th edition of the Locarno Film Festival, two of her most emblematically eclectic films will be shown, demonstrating her ability to create new forms:

Additionally, on Thursday, August 11, at 10.30 a.m., she will take part in a conversation with the audience at Spazio Cinema. The talk will be moderated by Rossano Lo Mele, editor-in-chief of the music magazine Rumore.

Discover the previous winners of the Vision Award Ticinomoda, from Douglas Trumbull in 2013 to Phil Tippett in 2021.