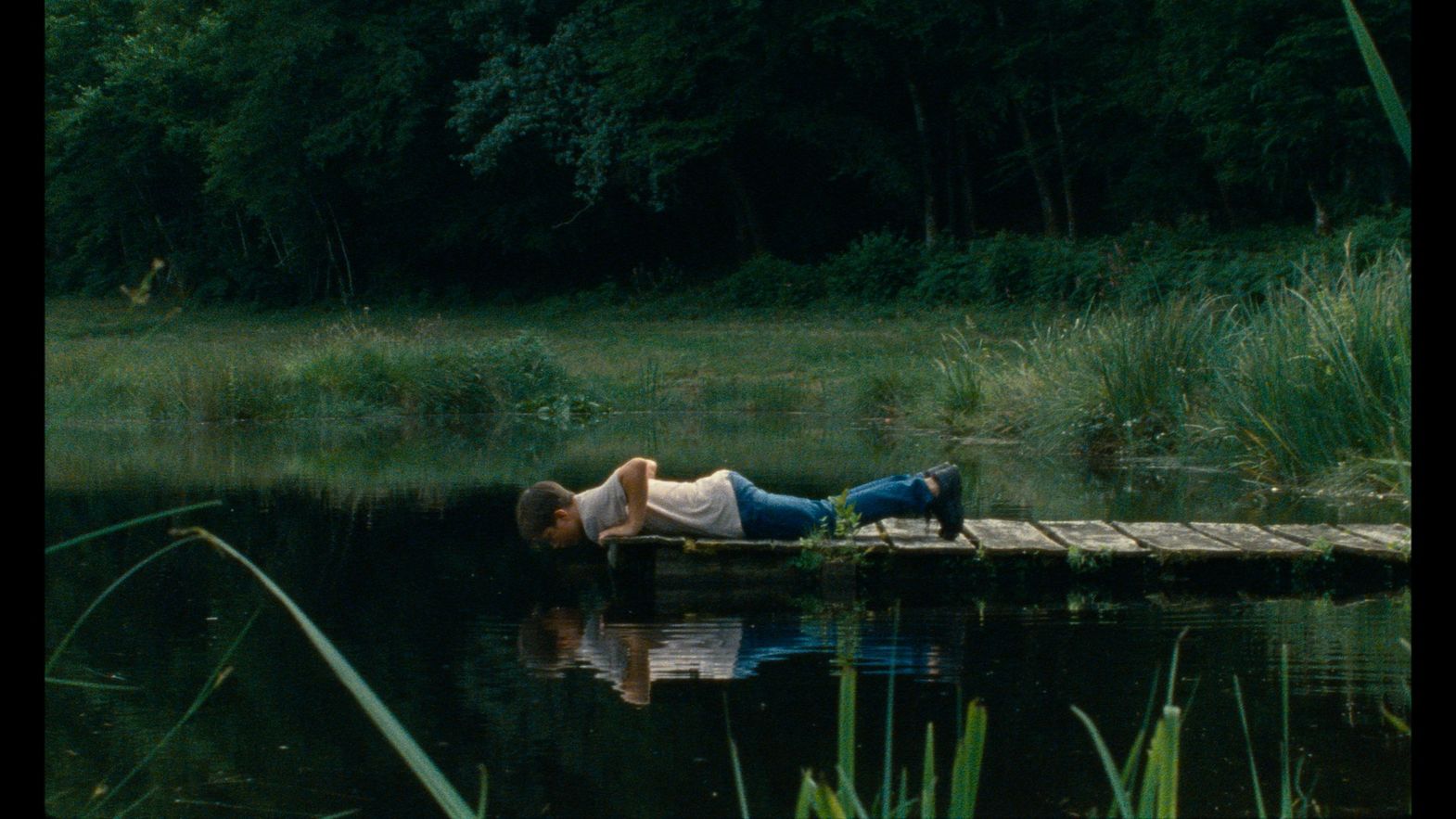 The gorgeous astrakhan fur, that looks so soft, shiny and warm, actually comes from fetal or newborn newborn or even unborn karakul lambs. While the white lamb is the Christian symbol of purity and innocence, the astrakhan evokes the early sacrifice by society of the black lamb, equally innocent, slaughtered before or right after birth.

Astrakan is also the title of the striking deébut feature by French filmmaker David Depesseville, an overt homage to another first feature-length, by one of French cinema’s greatest talents over half a century ago: Maurice Pialat’s L’Enfance nue (1968). Astrakan’s Samuel is slightly older than Pialat’s François, just enough to add the turmoil of puberty to the distress of a child placed in foster care. Newcomer Mirko Gianinni’s impressive performance is intense and contained, like the film’s restrained and skillful mise en scène, which follows in a certain tradition of unadorned, harsh realism in French cinema – until it eventually lets go and embraces oneirism. Instrumental to Astrakan’s tone and feel is the cinematography by Simon Beaufils, who managed to capture on film the changing of the seasons, in addition to life and emotions.

Actor-musician Jehnny Beth and Bastien Bouillon remarkably personate Marie and Clément, the foster parents that struggle to cope with Samuel in all his and their imperfection – with earnest intentions but also very human flaws, including Clément’s fits of violence. They need the money the fostering brings, while raising their own two sons in a small town in traditional, Catholic rural France. His schoolmates bully him for being a foster child, and the adults make him feel guilty and insecure by constantly judging him or venting their helplessness and anger in front of him. Marie’s brother Luc seems more eager to take the boy under his wing, but Samuel is aware of his intentions. Only his young neighbour Hélène (newcomer Lorine Delin) is sincerely keen on welcoming him, and exploring her own sensual awakening with him.

Like Pialat’s François, Samuel is aware of his vulnerability and the permanent risk of being rejected once again, and knows that those that hurt him can also protect him. As he tries to understand his place in the world, he is torn as he strives to deal with the ambiguity of a society that both can save and condemn him, harboring pure feelings and an innocent need of affection, but seeing how everyone seems to expect the worse from the black lamb.