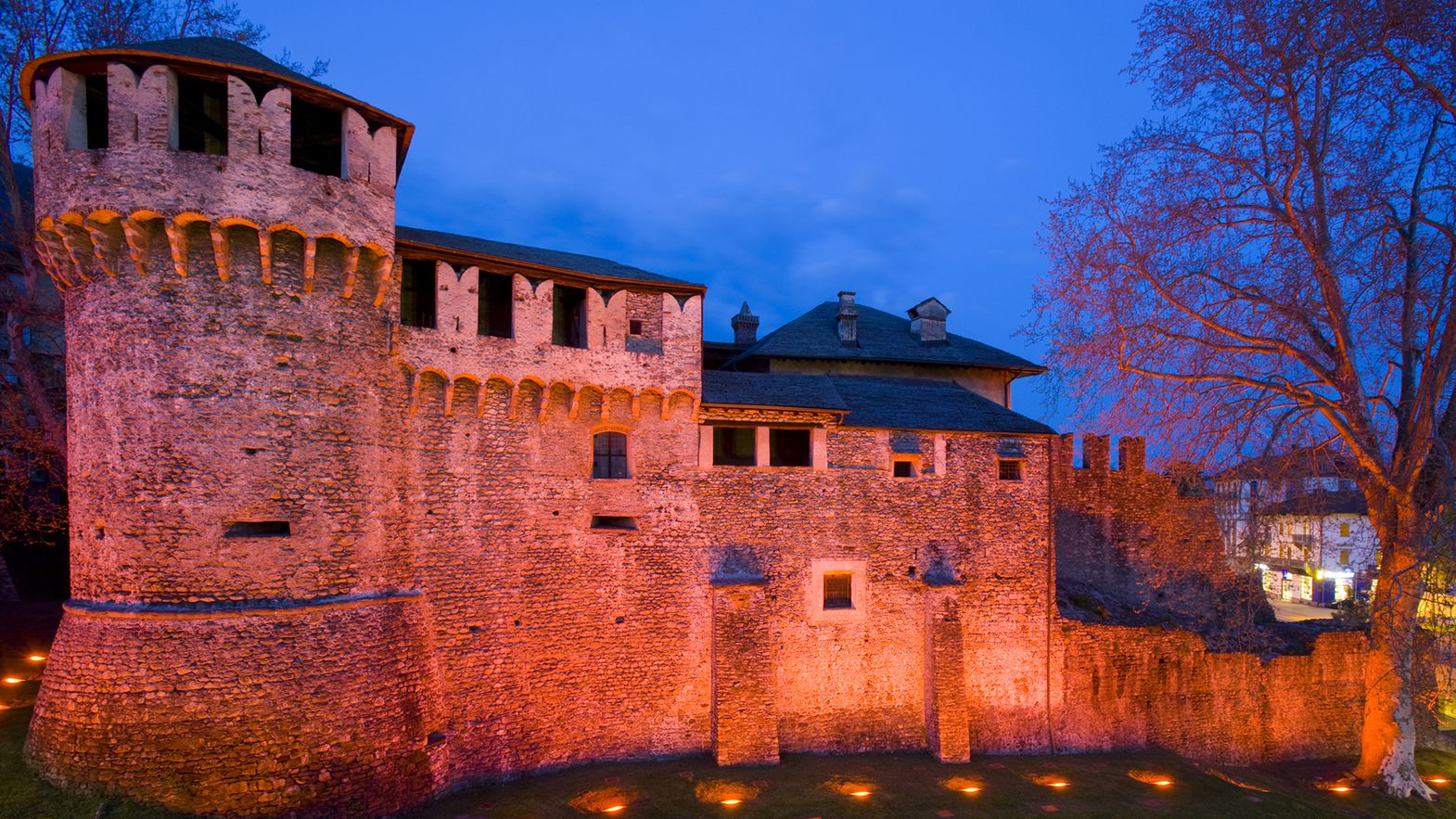 A new, movie-like scenery for the Locarno Garden la Mobiliare: Castello Visconteo is transformed into an artistic and culinary meeting point during the Locarno Film Festival, designed by artists from various regions in Switzerland.

A new venue, art displays and a pop-up restaurant – this is how Locarno Garden la Mobiliare presents itself in 2019. Located in the former Parco Balli for the past two years, the Garden has become a popular meeting place during the Film Festival. This year sees the Garden move to a new location at the Castello Visconteo, a few minutes’ walk from Piazza Grande, right next to the Rotonda of Piazza Castello.
This year, the space created together with Swiss Mobiliar, the main partner of the Locarno Film Festival, will have emotions as its leitmotif, the drivers of commitment and collaboration, today and in the future, between the Festival and the insurance company in the context of its social responsibility activities.

Sandra Knecht unites the world around her table
Star cook and artist Sandra Knecht takes her guests on a culinary journey spiced with emotions every night. She has been acclaimed as a slow-food alchemist of good taste and together with Moritz Stiefel from the gourmet restaurant Stiefels Hopfenkranz in Lucerne, Sandra Knecht is due to create a five-course meal every evening at the Locarno Garden la Mobiliare.
Locarno Garden la Mobiliare also has some delicacies on offer for those who fancy a quick snack, with a barbecue providing tasty Merguez sausages with humus or grilled vegetables in a bread wrapping.

The Castello in the light of art
The historic Castello will, moreover, be the venue for a spectacular light installation created by Maya Rochat, an artist from Lausanne who won the 2019 Prix Mobilière art award. She gained international acclaim with her exhibition at the Tate Modern in London in 2018. On 12 August, she will be staging live performances at the Castello.

In the past two years, a colourful pavilion created by Zurich-based artist and architect Kerim Seiler added a further note of charm to the Locarno Garden la Mobiliare. He will be back again this year to adorn the new location with fresh and unmistakable structural elements.

Ticino sound
The music collective Turba from Lugano with Carlotta Zarattini, Elise Lichtenstern  and Tom Alemanno are responsible for curating the music programme during the Festival. Each night, DJs and bands will create an atmospheric soundscape at the Locarno Garden la Mobiliare.

A forward-looking partnership
The Locarno Garden la Mobiliare is a co-creation by Swiss Mobiliar, the Locarno Film Festival and various art practitioners. “As with all our social projects, our goal is to make a positive contribution to the shaping of the future”, explains Dorothea Strauss, Head of Corporate Social Responsibility at Swiss Mobiliar. “This innovative combination of art, culture and business is mutually beneficial and opens up new channels for the Festival", says Raphaël Brunschwig, COO of the Locarno Film Festival.

Besides the Locarno Garden la Mobiliare, Swiss Mobiliar is also organising a series of talks focusing on important questions regarding our future (Locarno Talks la Mobiliare, on 15, 16 and 17 August at the Spazio Cinema).

Pictures of artists in action by Peter Lindbergh
For Swiss Mobiliar’s Locarno campaign, acclaimed photographer and film-maker Peter Lindbergh has created photographs that show eight art practitioners drawing on their emotions as inspiration for their work.

Light performances by Maya Rochat: 12 August, after the film screening on the Piazza Grande, and surprise performances
Maya Rochat’s art exhibition in the vault cellar: daily from 6.30 to 9.30 pm