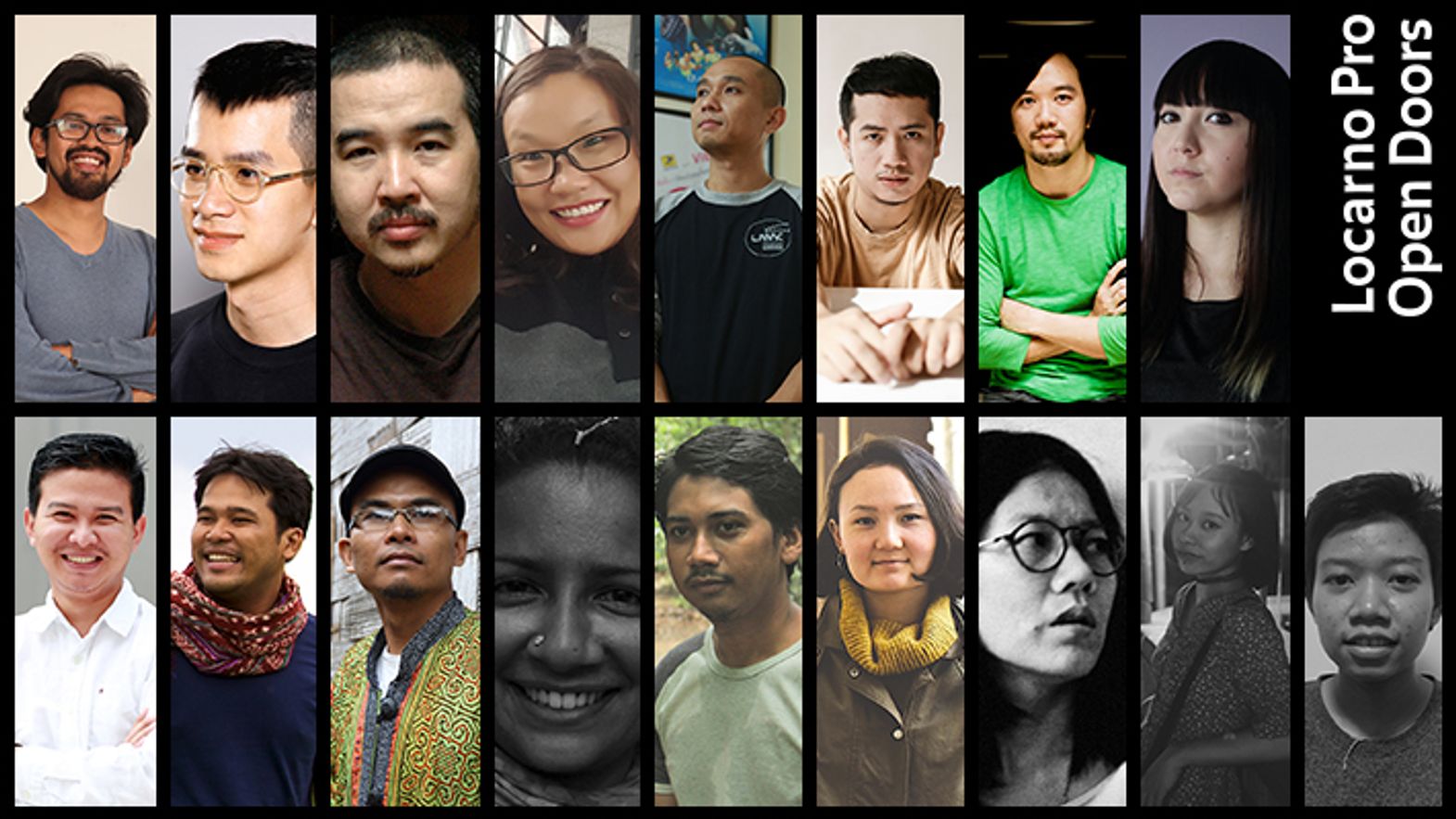 Open Doors, one of the Festival’s Locarno Pro initiatives, is designed to assist independent filmmaking and showcase directors and films from countries in the Global South and East, in collaboration with the Swiss Agency for Development and Cooperation (SDC) of the Federal Department of Foreign Affairs.

Open Doors is a three-pronged initiative whose activities run in parallel during the Locarno Film Festival, aimed at both professional attendees and the Festival public: the Open Doors Hub features full-length projects seeking international partnerships; the Open Doors Lab is dedicated to emerging producers; lastly the Open Doors Screenings introduce audiences to cinema in the region involved.

The eight projects selected for the 2019 Open Doors Hub co-production platform come from seven different countries, highlighting the impressively varied cinemas of South-East Asia and Mongolia. There are figures with an international profile, such as the Thai director Aditya Assarat (In The Town, 2007), accompanied by his producer Fran Borgia, a Golden Leopard winner in 2018, Vietnamese director Chuyen Bui Thac (Adrift, 2009), Petersen Vargas from the Philippines (2 Cool 2 Be 4gotten, 2016) and, from Laos, Anysay Keola (who directed At the Horizon, the first Lao thriller, in 2012). They are joined by younger voices, determined to narrate the many-faceted reality of their societies and taking the opportunity to present their very first full-length projects: the Malaysian director Amanda Eu, who attended the Locarno Filmmakers Academy in 2018, Zoljargal Purevdash from Mongolia, Lan Pham Ngoc from Vietnam and the Indonesian Makbul Mubarak.

Open Doors Lab is an incubator for the new generation of creative producers. It will bring together nine young participants from seven different countries in South-East Asia and Mongolia, all active on the independent filmmaking scene.

“The 2019 edition of Open Doors will reserve a place of honor for young filmmakers and for women. It’s a promising sign that in August we will be welcoming a majority female group of producers working in such a meaningful way in South-East Asia and Mongolia to bring up new talents and give greater visibility to artists in the region. Their strong presence at the Hub and Lab is bound to make itself felt, given the fascinating personalities of such expert women as the Vietnamese and Malaysian producers Tran Thi Bich Ngoc (The Third Wife, 2018) and Nandita Solomon (Interchange, Piazza Grande 2016), plus the young Burmese Khin Warso, who attracted notice in Yangon at the MSF workshop of the MEMORY! International Film Heritage Festival.” Sophie Bourdon, Head of Open Doors and Deputy Head of Locarno Pro.

The projects and producers selected for Open Doors Hub and Lab will be presented to potential European and international partners during the Locarno Film Festival as part of its Locarno Pro program, running from 8 through 13 August 2019. To learn more about the participants and their projects, visit www.locarnofestival.ch/opendoors.

The third item in the package is the Open Doors Screenings, a selection of short and full-length films that provide an introduction to cinema in the region for both the Festival-going public and professional attendees at Locarno. From 7 to 17 August, the Screenings will present films from Laos, Thailand, Cambodia, Vietnam and Mongolia. The full program will be announced in mid-July at the official press conference of the Locarno Film Festival.

The Open Doors jury will award several prizes to selected projects from the Open Doors Hub. The Open Doors Grant worth 50,000 Swiss francs is financed by the Swiss production support fund Visions Sud Est (also backed by SDC) together with the City of Bellinzona. France’s national film and animation center CNC will offer a prize worth 8,000 euros, while ARTE will fund a prize worth 6,000 euros.

Open Doors also benefits hugely from the expertise of Paolo Bertolin, festivals programmer and consultant on cinema throughout the Asia and the Pacific Rim.