His name is Lattuada: the Locarno74 Retrospective

The Retrospective of the 74th edition of the Locarno Film Festival (4-14 August), curated by Roberto Turigliatto at the behest of newly-appointed Artistic Director Giona A. Nazzaro, will be dedicated to director Alberto Lattuada, an often under-rated filmmaker whose productive and fascinating career traversed more than four decades of Italian cinema, from his 1943 debut Giacomo l’idealista (Giacomo the Idealist) to Una spina nel cuore (A Thorn in the Heart) in 1986. In the years immediately after the Second World War, the “formalist” Lattuada successfully joined the current of Neo-Realist filmmaking, but without renouncing the refined and cultivated manner of his original background, blending that style with a taste for genre and popular storytelling. 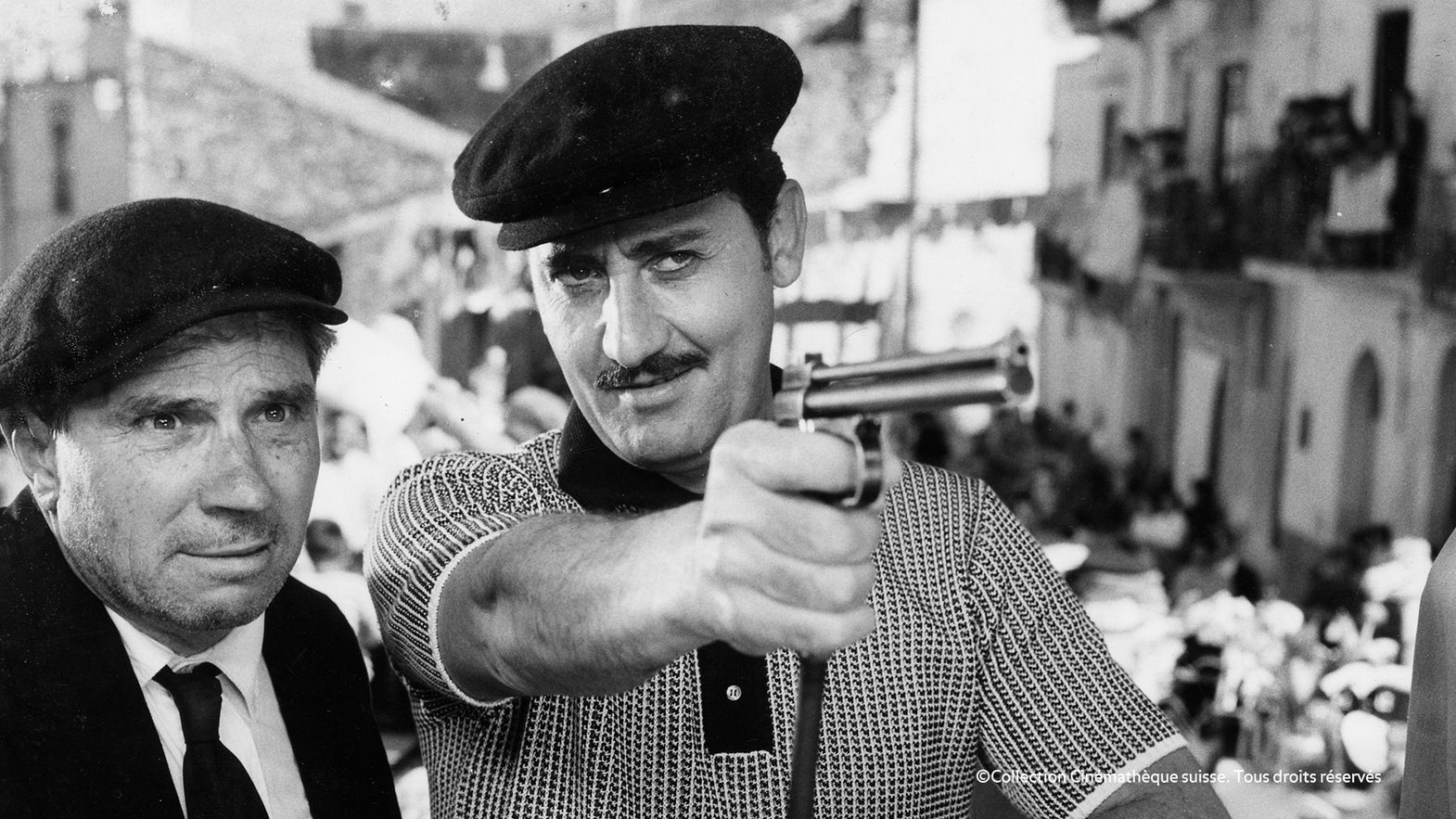 Following on from Retrospectives devoted in the past to Lux and Titanus, the Locarno Film Festival returns to Italian film history with this season on Alberto Lattuada, whose early career took flight with those very production houses. Presenting the director’s complete filmography (including many works still rather neglected even by experts), the event will attempt to shed new light on an auteur who remains little known, especially outside Italy. Lattuada often appeared eccentric and unclassifiable but came up with a kind of cinema that was extremely modern, and simultaneously both high- and low-brow. As an intellectual, architect, critic and photographer in his formative years, Lattuada remained true to the Modernism of the vibrant cultural hub of Milan and was a constantly percipient observer, often ahead of his time in picking up on the grand societal changes of the second half of the 20th century. He was a great director who worked with a number of the biggest Italian and international stars of the period, and also discovered many talented newcomers — in particular actresses such as Jacqueline Sassard, Catherine Spaak, Nastassja Kinski and Clio Goldsmith.

Giona A. Nazzaro, Artistic Director of the Locarno Film Festival: “Alberto Lattuada’s filmography is exciting, fertile and stratified. His auteur gaze was restless and curious, generous and political, he was able to preserve his own singularity and individuality while always putting himself to the test, experimenting with film genres but never losing his rapport with the movie-going public. Rediscovering the complete output of Alberto Lattuada will effectively allow the best kept secret of Italian cinema to see the light of day: a secret that is paradoxical, fascinating, and still mysterious.”

“Nowhere are the foundations of a nation revealed more clearly than at the cinema”: this was Alberto Lattuada’s own view of the movies in 1945, when he joined other filmmakers in turning theaters into places of civil, political and moral engagement. His passion for cinema began during his student years, when as a cinephile and critic he took part in organizing seasons of films. These experiences soon led him to play an active part in promoting the collection of films which after the War would become the Cineteca Italiana in Milan, and to collaborate with directors such as Mario Soldati and Ferdinando Maria Poggioli. After his 1943 debut behind the camera with Giacomo l’idealista (Giacomo the Idealist), in 1946 Lattuada made Il bandito (The Bandit). The film showed Lattuada’s initially highly personal take on Neo-Realism, open to influences and contamination from Hollywood genres, in particular thriller and melodrama, with the later Senza pietà (Without Pity, 1948) being another prime example. Nonetheless, the director’s many literary adaptations, such as Il mulino del Po (The Mill on the Po, 1949), revealed a focus on the lives of individuals and their social connotations that transcended Neo-Realist sensibilities. In the 1950s, after co-directing Luci del varietà (The Lights of Variety, 1950) with Federico Fellini, Lattuada’s gaze became more disillusioned and increasingly attentive to the humiliations inflicted by economic trends on humanity, skillfully portrayed in Il cappotto (The Overcoat, 1952), La spiaggia (The Beach, 1954) and Mafioso (1962). At the same time, however, it also opened up to the burgeoning vitality and sensuality — as forms of self-discovery — of the female stars of Anna (1951), Guendalina (1957) and Dolci inganni (Sweet Deceptions, 1960). Lattuada’s capacity to refresh his approach with apparently endless creativity led him to direct other literary adaptations, and also to venture into social satires, crime thrillers and war films, not to mention series and features made for television, such as Cristoforo Colombo (Christopher Columbus, 1985) and his very last work, the TV movie Mano rubata (1989).

Roberto Turigliatto, curator of the Locarno Film Festival Retrospective: “Sensuality, beauty, ambiguity, formal control, perfectionism and experimentation are just some of the ingredients of the astonishingly diverse output of a free, curious and anti-conformist man who today deserves more than ever to be rediscovered by audiences.”

Towards Lattuada and Locarno74

Over the coming months the Locarno audience will be able to follow the run-up to the Retrospective via the Festival’s official channels, where a number of short video features will be published, involving some of the Italian and international film scholars and personalities most closely involved with Lattuada and his work. These video updates will set a framework of ideas and points of view to shape the discussions that will develop live in August during the event itself. “Verso Lattuada”, as the initiative has been titled, will get under way officially in February with reflections and commentary from Italian film critics Paolo Mereghetti and Maurizio Porro, featured in the first two video teasers.

Alberto Lattuada, Italian director, screenwriter and producer, son of composer Felice Lattuada, was born in Milan on 13 November 1914. He graduated in architecture in his native city but soon developed an interest in photography and the cinema. Building on his early experience as a film critic, he made his directing debut in 1943 with Giacomo l’idealista (Giacomo the Idealist), then turned towards Neo-Realism in the aftermath of the 2nd World War with Il bandito (The Bandit, 1946), in which the female lead was Carla Del Poggio, who later became his wife. He discovered many young acting talents, including Catherine Spaak (Dolci inganni, Sweet Deceptions, 1960) and Nastassja Kinski (Così come sei, Stay as You Are, 1978), and was a lucid interpreter of the zeitgeist in Italy during the 1970s and ’80s, directing in acclaimed collaborations with Ugo Tognazzi (Venga a prendere il caffè… da noi, Come Have Coffee with Us, 1970), Renato Pozzetto (Oh, Serafina!, 1976) and Virna Lisi (La cicala, The Cricket, 1980). In 1998 he presented the contents of his personal archive to the Fondazione Cineteca Italiana in Milan, of which he had been one of the co-founders in 1947, while Carla Del Poggio donated her archive to the Cineteca di Bologna. Lattuada died on 3 July 2005 at his home in Orvieto.