Locarno75 gets under way

The Locarno Film Festival starts today, 3 August, with a 75th anniversary edition packed with special events. The opening night in Piazza Grande is centered on the international premiere of the thriller Bullet Train (2022), starring Brad Pitt and Aaron Taylor-Johnson. Taylor-Johnson will be attending the premiere in person to receive the Excellence Award Davide Campari. The pre-opening at 3.30 pm in the Palexpo (FEVI) will see a return to the early days of film with Broken Blossoms (1919) by D. W. Griffith, screened with live musical accompaniment by the Orchestra della Svizzera italiana. This year’s Retrospective on Douglas Sirk will begin at 2 pm with Schlussakkord (1936), introduced by artistic director Giona A. Nazzaro and curators Bernard Eisenschitz and Roberto Turigliatto. 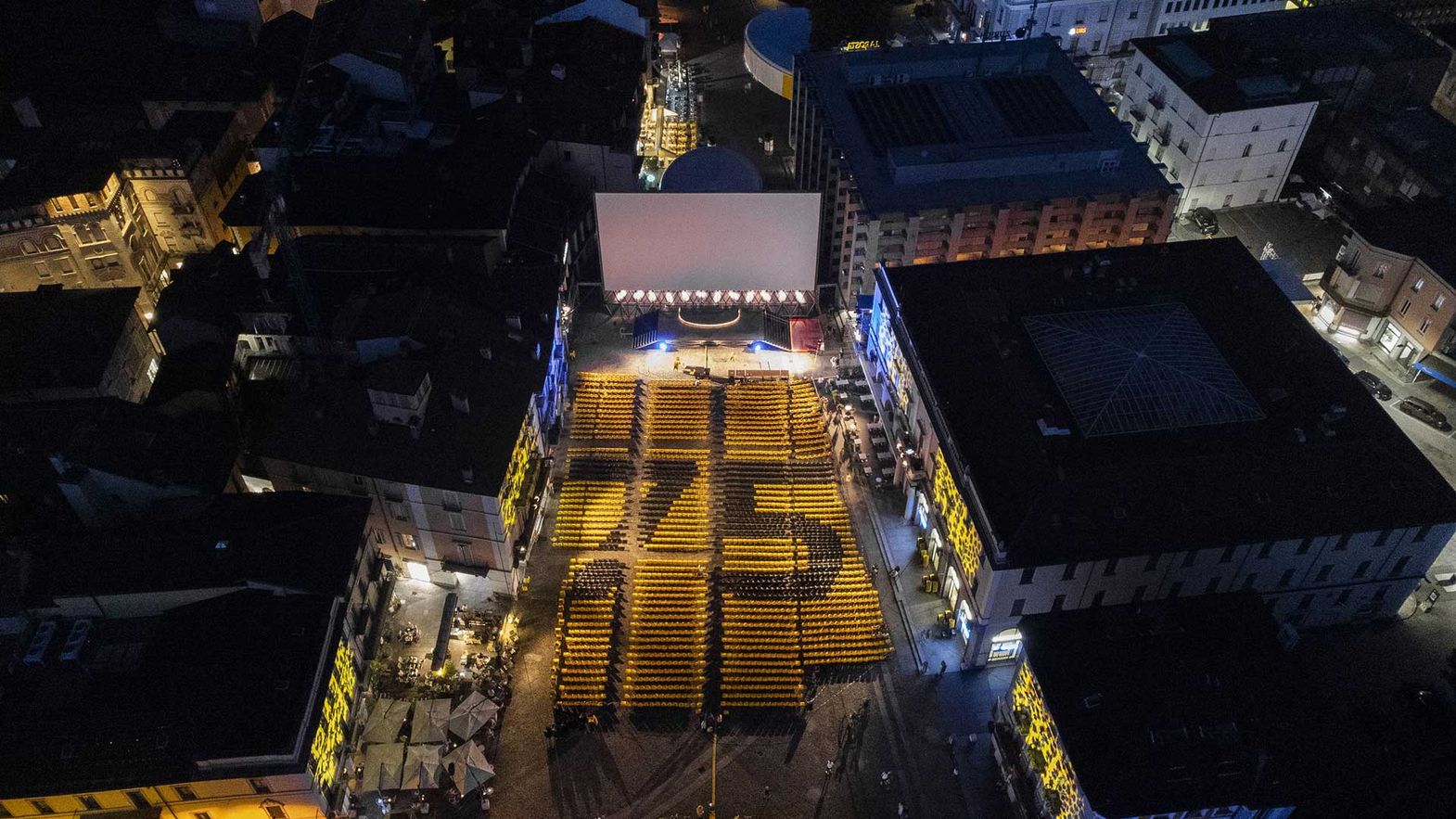 As announced, Locarno75 will pay tribute to the history of the Festival and of the cinema, while at the same time looking to the future of film and audiovisual media. The opening day’s program reflects that twofold purpose, with a journey ranging from the origins of the Seventh Art to one of the most eagerly awaited titles coming to theaters in the upcoming season.

At 2 pm in the GranRex in Locarno, the Retrospective dedicated to Douglas Sirk will begin with what was the director’s first great melodrama, Schlussakkord. The film will receive a special introduction by the Festival’s artistic director, Giona A. Nazzaro, and the Retrospective curators Bernard Eisenschitz and Roberto Turigliatto. Other landmark titles from Sirk’s early period in Germany will follow: at 5 pm, Das Hofkonzert (1936); at 7.30 pm, Zu neuen Ufern (1937), introduced by Stig Björkman; and at 10 pm, Stützen der Gesellschaft (1935).

At 3.30 pm in the Palexpo (FEVI), the stage will be set for one of the most popular shows in the whole festival: the screening of a silent movie with live orchestral accompaniment. This year will see the brilliant recreation in sound and light of a gem by D. W. Griffith, a key figure in the development of filmic language. His silent drama Broken Blossoms, starring Lillian Gish, will be accompanied live by the Orchestra della Svizzera italiana.

The inaugural day at Locarno75 will culminate in the opening ceremony in Piazza Grande. At 9.30 pm the Excellence Award Davide Campari will be presented to Aaron Taylor-Johnson, one of the stars of David Leitch’s thriller Bullet Train, whose cast also includes Brad Pitt, Michael Shannon and Sandra Bullock. The opening night will additionally bring the launch of the project Postcards from the Future, a series of themed short films made by eleven high-profile Swiss and international filmmakers. The first will be a film by Natalka Vorozhbyt, portraying the appalling reality of the Russian aggression against Ukraine, while the series will continue on following evenings with shorts by Andrea Staka, Fredi M. Murer, Aleksander Sokurov, Bertrand Mandico, Claire Simon, Nadav Lapid, Kevin B. Lee, Cyril Schäublin, Annemarie Jacir and Kantarama Gahigiri. On the evening of 4 August, day two of this year’s edition will see Piazza Grande host a celebration of 75 years of films with some of the artistic directors who have shaped the history of the event: Jean-Pierre Brossard, David Streiff, Frédéric Maire, Olivier Père and Carlo Chatrian.

Giona A. Nazzaro, artistic director of the Locarno Film Festival “The 75th edition of the Locarno Film Festival is in the starting blocks. More than a year has been spent in preparations for a major anniversary, which we celebrate as a bridge to the future. The Piazza Grande program is studded with great films featuring eagerly awaited star names, plus an international competition with works from both established directors and debut filmmakers keen to make a lasting impression. The Retrospective is a guaranteed milestone on the Festival’s journey, and we will be welcoming guests who have made movie history. The curtain is ready to go up at last in Piazza Grande.”

There is more to Locarno75 than a wealth of films from past and present, too, because Locarno will also be a place to explore the future of images. At the Rivellino space in Locarno’s historic castle, for example, today sees the inauguration of the installation SocialSim by German artist Hito Steyerl, a pivotal figure in the critical response to digital media. Open free to visitors in the daytime and during special night-time events, the video installation explores the virtualization of reality that was experienced during the COVID-19 pandemic. The artist will be talking about his work in a conversation with USI Locarno Film Festival Professor for the Future of Cinema and Audiovisual Arts Kevin B. Lee, at the Forum @Spazio Cinema, on Thursday 11 August at 1.30 pm. Festival visitors can also undertake their own journey into Virtual Reality: the old Piazza Grande screening booth, restored and re-equipped by Bonalumi Engineering SA, is active from today in Largo Zorzi, with a new program created in collaboration with the Geneva International Film Festival (GIFF) and featuring VR pieces by François Vautier, Chou Tung-Yen, Mali Arun and Enrique Agudo. Another important milestone to celebrate in 2022 is the 20th anniversary of Switzerland’s joining the United Nations. Maher Nasser, director of the Outreach Division in the UN’s Department of Global Communications, will be in Locarno to mark the occasion. One of Nasser’s principal briefs as director is to coordinate the United Nations’ collaborations with the creative community to disseminate the universal values promoted by the organization. Nasser will be accompanied in Locarno by the delegation of the film Paradise Highway, by Anna Gutto, which addresses the issue of human trafficking, a scourge which the United Nations is committed to combating. Mr. Nasser will also take part in a panel conversation with the public, to be held on Sunday 7 August at 1.30 pm at the Forum @Spazio Cinema.

For full details of films and screening times on other days, and for information on special events in the 75th edition, visit the Festival website.

Getting around in Locarno

For the 75th edition AutoPostale is once again the official Public Transportation Partner of the  Locarno Film Festival. Marking 20 years of successful cooperation with the Festival, AutoPostale will be putting into service on line Pardo 1 (Locarno, Via della Pace/public gardens – Locarno, FEVI) a fully electric, climate- and environment-friendly vehicle. The new bus on line Pardo 1 will run every 20 minutes from 1 pm to 9.30 pm on 3 August, and from 8.30 am to 9.30 pm on the other days of the event, taking Festival visitors and guests to and from Piazza Grande and the Palexpo (FEVI).

Find out more about getting around during the Locarno Film Festival.